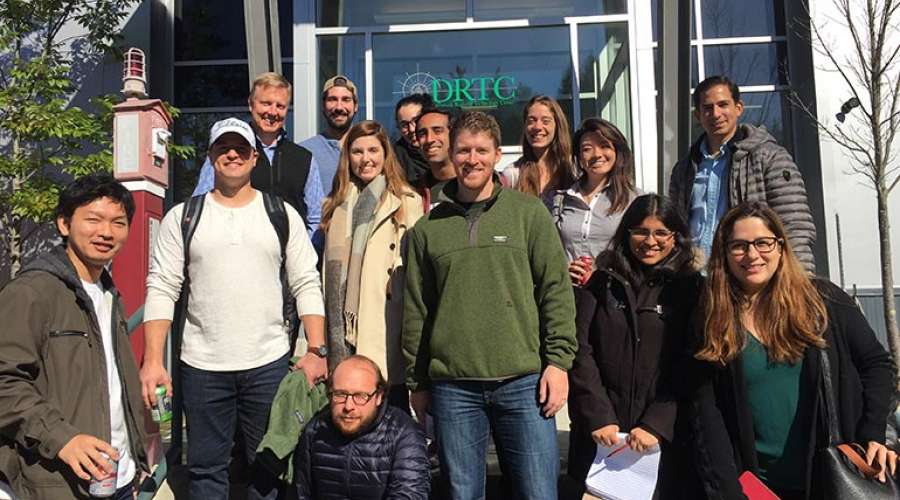 A group of Tuck and Thayer students visited the Dartmouth Regional Technology Center (DRTC), a business incubator four miles from campus with fifteen active ventures. DRTC is a nonprofit organization that rents office and laboratory space to ventures in the Upper Valley. Trip Davis, who co-teaches Entrepreneurial Thinking in the winter, gave us a tour of the facility and introduced us to entrepreneurs from three startups.

The mission of DRTC is to promote and support new venture growth and create economic development in the local region. DRTC’s value proposition is flexibility: leases are month-to-month and everything, including walls and doors, is moveable. There is no hubris in that DRTC understands entrepreneurs need to go where they need to go and supports them when they move out.

John Currier, CEO of Mobile Virtual Player (MVP), spoke about the first ever self-powered mobile training device. This robotic dummy allows NFL, NCAA, and high school football players to practice tackling without injuring one another and has reduced soft tissue damage by 80 percent. The MVP is so effective at simulating a moving target that using the device in practices does not impact the probability that teams will win real games. We saw where development takes place, in the garage below DRTC, and we took turns using the remote control to move the robot up and down the parking lot.

T’14s Jack O’Toole and Matt Hanson sat next to each other in a Tuck course on entrepreneurship. When they heard a Dartmouth chemistry professor pitch a device he invented to detect smoking, they approached him after class, and FreshAir Sensor was born. FreshAir devices monitor airborne concentrations of tobacco and THC, collecting data on exactly where and what time people are smoking. The company saves hotels thousands of dollars a month by generating fees from people who violate smoke-free policies as well as avoiding cleaning costs by deterring people from smoking. The cartridges in the sensors must be replaced once a year, but they are easily changeable for users. To make the cartridges easy to change, Jack told engineering to replicate the design of one of his kid’s Sesame Seed cassette players.

I left DRTC inspired by the fact that entrepreneurship and innovation are taking place right here in our community! 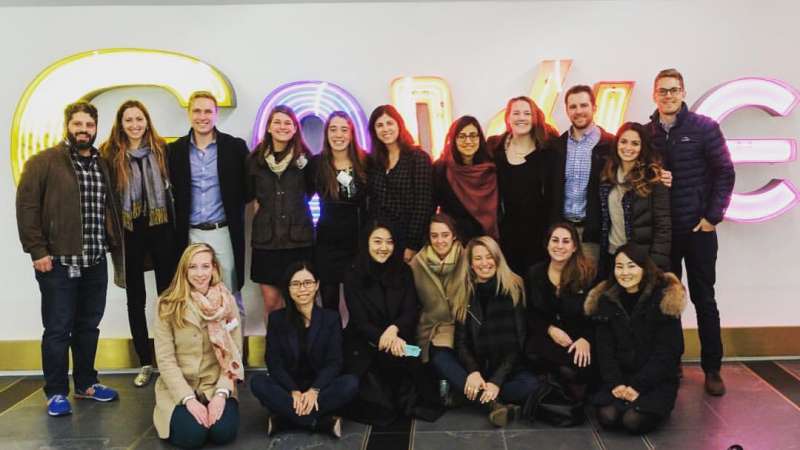 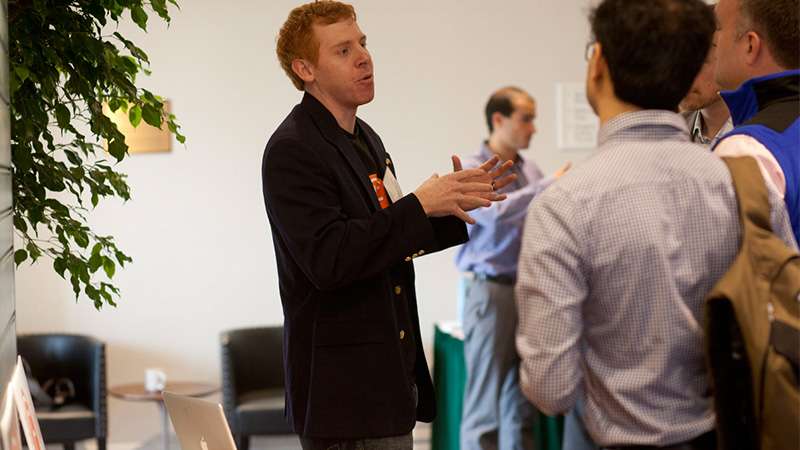