Vietnam in an Era of Reform and Globalization 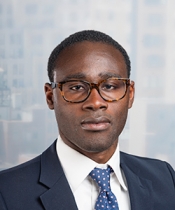 My motivation for attending the Vietnam GIX course during spring break 2017 was very simple: I wanted to understand the factors that led Vietnam to go from a low-income country to a middle-income country. Coming from Cote d’Ivoire, a current low-income country, I thought lessons learned from Vietnam’s path to development were worth studying as they could potentially be applicable to my birthplace.

The theme of the GIX was “Vietnam in an Era of Reform and Globalization” and the goal was to examine the current political economy and its impact on the business climate. The course was led by Curt Welling, D’71, T’77, a senior fellow at the Center for Business, Government, & Society and former CEO at Americares, and Edward Miller, an associate professor of history at Dartmouth College. Both professors put together pre-course sessions that were very helpful in order to bring the group up to speed. They challenged us to analyze Vietnam through not only a business lens, but also cultural and historic lenses.

My classmates (26 altogether) and I all had various baseline knowledge of Vietnam. Our pre-GIX knowledge of the country ranged from an army veteran who had learned about Vietnam through strategy of war as a cadet, to a native of Minnesota who knew little about Vietnam and who was traveling abroad for the first time. Needless to say, the pre-course sessions both professors coordinated were much needed and turned out to be very useful once on the ground. 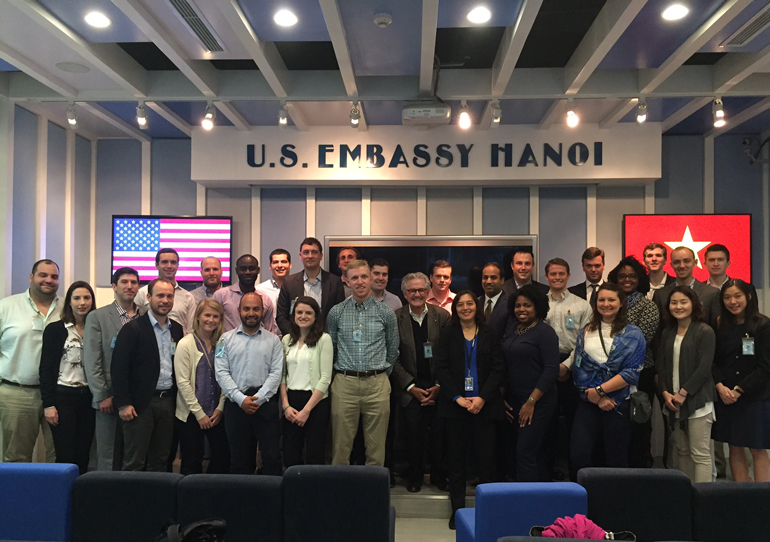 Our GIX began in Hanoi, the political capital, where we spent time at the U.S. embassy, a state-owned enterprise, and the Ministry of Planning and Investment. These visits helped us cement our understanding of the interception between politics and business in Vietnam. Most notably, we visited Viettel, an international telecommunication company that conducts business as far as Peru, Mozambique, and France. Though successful in the competitive telecommunication industry, Viettel is still wholly-owned by the government. On the cultural front, we visited the mausoleum of Ho Chi Minh—affectionately referred to as Uncle Ho—who is considered the father of the Vietnamese nation. We experienced a day in the life of locals by partaking in a walking tour. Our second stop on the journey was Hoi An old town, which is a UNESCO World Heritage site, where we learned about the ancient history of Vietnam and enjoyed the pristine beaches. Our third and final stop was Ho Chi Minh, formerly known as Saigon. Here, we asked the preferred name of the city, to which our amazing guide Mr Kha confessed: (still) Saigon. Saigon is your quintessential metropole with skyscrapers, never-ending traffic, and amazing restaurants and nightlife. While in Saigon, we visited international companies and venture capital firms including Coca-Cola and Samsung to understand the business climate for both international firms and entrepreneurs.

All in all, the course exceeded my expectations. I had a chance to apply my classroom learnings to analyze a country’s political economy. As a second year, the trip allowed me to get to know first years in an intimate setting. More importantly, it solidified my interest in government policies and the impact they have on their population. I am looking forward to following Vietnam as its story continues to evolve.

Ladji Kouyate is a second-year student at Tuck. He grew up in Abidjan, Cote d’Ivoire and Attended Baruch College in New York City where he majored in Finance & Investments. Prior to Tuck, he worked as a consultant at Ernst & Young. He is a dual degree candidate with the Harvard Kennedy School. 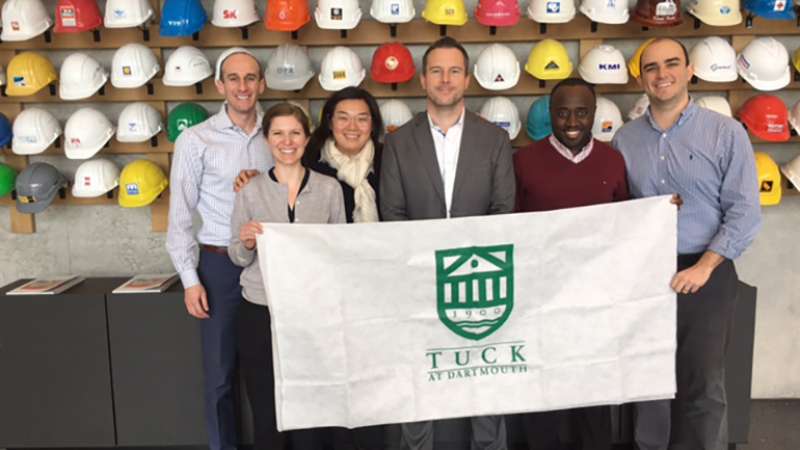 Spring Break in a Conference Room?

Choosing to spend the first half of our spring break in a conference room to...

During spring break of 2017, I traveled to Israel with 25 Tuck classmates for our Global Insight...