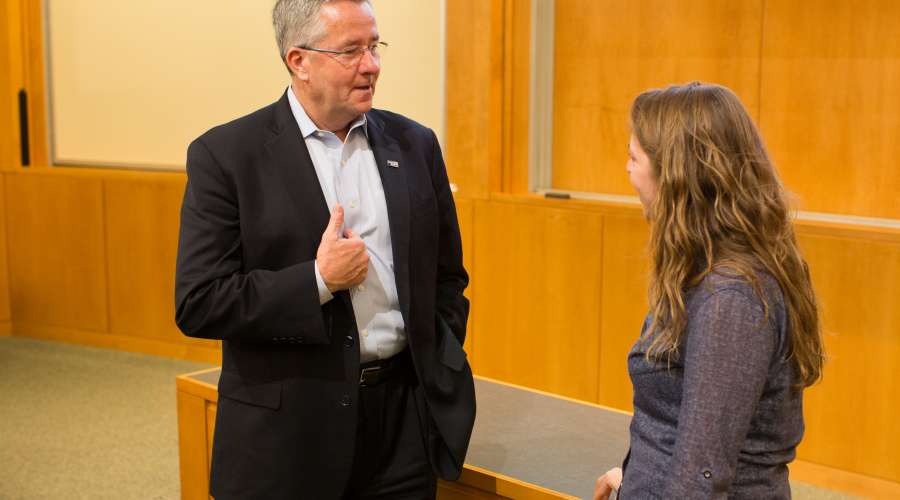 Waiting for the Institution Revolution

On a Thursday morning earlier this semester, I had the opportunity to attend a lunch conversation with Brian Gallagher, the CEO of United Way Worldwide. The next day, James Comey, the Director of the FBI, sent a short letter to Congress, informing lawmakers that––due to the discovery of new evidence––the Bureau would be reopening its investigation of Hillary Clinton’s use of a private server for email.

On the face of it, these two events are not related. This will not be a post about the election or email servers. Instead, it will be about institutions.

As Mr. Gallagher described in our conversation, the United Way has gone through a series of shifts––from an organization set up to provide for an industrializing society to a “fundraising organization” (his words) and, most recently, to “an institution that has relationships across society.” In his telling, the United Way was founded to create an infrastructure of support for people moving from rural communities to rapidly forming urban ones. Organizations, like the United Way, existed to address needs unmet by government, community and business.

Then things changed again. Migration patterns shifted; demographics changed; technologies evolved; the United States began to shift away from an economy of persistent growth; and the social contract began to change.

While in the past, American communities may have looked to business (with its plentiful jobs and healthy pensions) or government for help, a more divided and diverse country might feel a lack of trustworthy institutions that can capably keep us together and push forward.

All of this brings us to the FBI––long considered a trusted, objective institution––which has found itself under increasing fire from both sides of the political aisle for doing too little or too much (depending on with whom you’re talking) in this year’s election. But, regardless of opinion, a less-than-fringe outcry against an institution, like the FBI, suggests that institutions in today’s society are in for extremely difficult days ahead––and it’s why I was particularly interested in Mr. Gallagher’s assertion that the United Way was looking to shift more decisively into (or further into) the world of institutions.