Brewing Up a Billion-Dollar Company 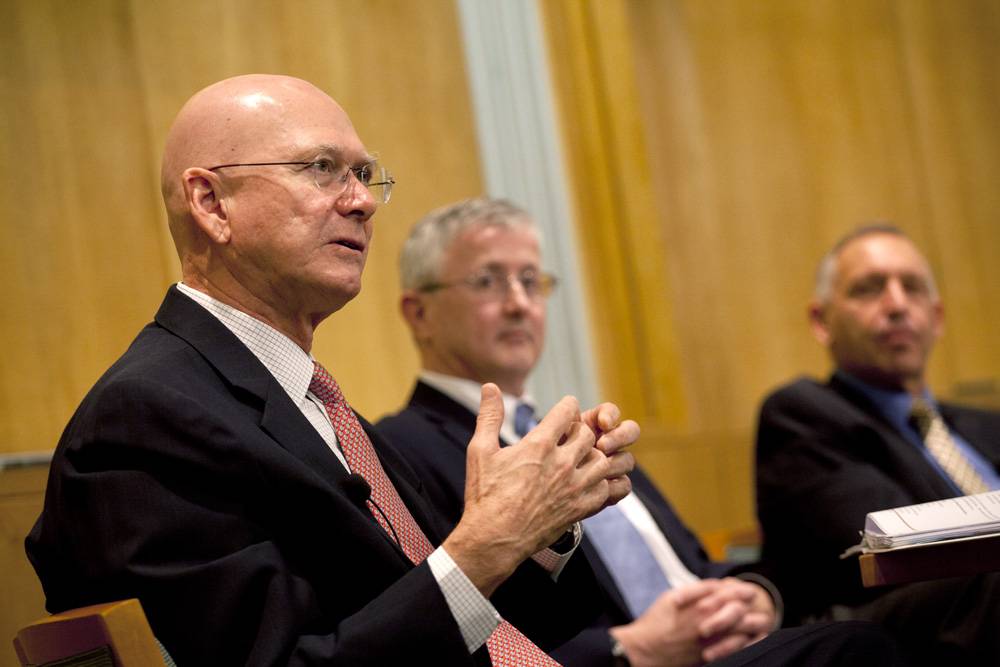 The first Keurig prototype was ugly, even by early 1990s standards. But then again, its inventor, John Sylvan, was a tinkerer, not a trained engineer. The device he came up with—about the size of a yogurt cup with a filter—didn’t look particularly innovative to Peter Dragone when Sylvan, his old college roommate, demonstrated it for the first time. Little did Dragone know, when Sylvan sealed the device and ran some tubes and manual pumps, that this first cup of coffee they produced would change the course of their lives and eventually lead to a $15-billion empire.

Keurig has revolutionized the way millions of people prepare and even prefer their coffee, thanks to the way their single-cup machines have simplified and individualized the brewing process. Today, people with differing tastes can each brew their perfect cup of coffee, one right after the other, by simply inserting their preferred K-Cup (a filtered plastic container) into the machine and pushing a button.

The company’s extraordinary success wasn’t always assured, however, according to the Sept. 24 panel discussion, “From Idea to Startup to Corporate Success: the Story of Keurig,” sponsored by Tuck’s Center for Private Equity and Entrepreneurship, Center for Global Business and Government (CGBG), and Entrepreneurship Initiative. The panelists who discussed the company’s journey included Keurig’s co-founder and former president, Peter Dragone; its co-founder and current VP of contract manufacturing and quality assurance, Dick Sweeney; and its angel investor and former chairman, Larry Kernan. (Sylvan exited and sold his stake in 1997.)

“This is a fascinating business story—probably one of the best I have ever heard,” said John Lynch, senior fellow at Tuck’s CGBG and former governor of New Hampshire, who moderated the discussion.

Whether it was ruining an oak conference table with a malfunctioning prototype during a pitch meeting, watching a dismissive investor hurl their business plan over his shoulder or fending off a hostile takeover, the Keurig team weathered many rough initial years. The turning point, according to Kernan, came when the company created long-term relationships with strong regional coffee roasters. This measure of good faith inspired the roasters to buy their own packaging machines, which saved Keurig countless in capital that the company was able to put toward marketing and engineering.

Sweeney, who has remained with Keurig since 1993 and will retire this year, summed up the company’s story into three eras: development, stress, and survival; developing new products, partnerships, and market entries; and driving penetration into the market while looking internationally and expanding the company’s offerings to include cold as well as hot drinks. “It’s an incredibly exciting time right now. As we’re getting into the cold beverage world, it’s like starting Keurig all over again but executing all that on a much larger scale,” he said. “The horizon for the company is terrific.”

The panelists fielded questions from the audience, including how the company has dealt with criticisms that its K-Cups are not environmentally friendly. (While they can be cut open and the filter paper and coffee grounds can be composted, the cup itself is not recyclable.) “The challenge we faced and still face is that it’s difficult to have a biodegradable container that also serves as an oxygen-barrier container,” Sweeney explained, pointing out that that cups for Keurig’s Vue brewing system are recyclable. “It has been a difficult issue to reconcile, but in doing a full life-cycle analysis of an automatic drip coffee maker vs. a Keurig system, we come almost even.”

Although this issue has, in fact, hindered Keurig’s growth in green-focused countries such as Germany, the company has been international since 2002 despite a prevalent European preference for espresso over American-style coffee. With an ever-increasing beverage variety, however, the panelists see Keurig’s popularity continuing to grow, both at home and abroad. In fact, Keurig inked a joint venture with UCC, Japan’s largest coffee roaster, to cover 10 Asian countries, starting with being served up and down the aisles of bullet trains.

The discussion wrapped with the three panelists offering their advice to entrepreneurs. Drawing on his post-Keurig experience working with and consulting on various startups, Dragone pointed out how much the landscape has changed since that first cup of coffee. “The resources available to entrepreneurs at institutions like Tuck and elsewhere are just incredible. I truly believe that entrepreneurship is the future of our economy,” he said. “After all, if we’d had access to innovations like 3-D printers and such, the Keurig story would’ve developed much quicker.”

“You’ll never do anything as much fun as getting into an entrepreneurial venture,” Kernan added. “You get to try it all: general management, marketing, finance. I say go for it—and do it while you’re young.”

Sweeney concluded with an offer of advice to attendees—the best leaders are excellent communicators and sharing equity makes all employees feel more engaged in a startup’s future—and passionately described how it felt to look back on a company he helped build from the ground up.

“It’s been an unbelievable ride—I have to pinch myself,” he concluded. “The single thing I take the greatest pride in is having had the opportunity to help incubate something that’s created jobs. Today, there are about 10,000 people supporting their families on some Keurig activity. That’s pretty cool.”