Phillips and researchers offer compelling evidence that China’s innovation economy is thriving, with Chinese firms increasing their investments in R&D while many U.S. rivals retreat.

In the last four decades, as China surged from relative poverty to become the world’s second-largest economy, a narrative has emerged to explain the country’s astounding growth. This view holds that while China has no peer when it comes to production and scale, its competitive edge is dulled by a persistent culture of imitation rather than innovation.

Two new studies by Gordon Phillips, the Laurence F. Whittemore Professor of Business Administration and faculty director of the Center for Private Equity and Venture Capital, challenge this narrative. They offer compelling evidence that China’s innovation economy is thriving, with Chinese firms increasing their investments in R&D while many U.S. rivals retreat. These innovation changes occur as China finally shrugs off the negative effects of the regressive government policies of the past, notably the complete shutdown of higher education during the Cultural Revolution of 1966 to 1976.

Taken together, the papers describe a China in transition, from the moribund old economy crippled by a repressive and anti-intellectual government to a vibrant new economy supercharged by improved access to information and the pent-up hunger for knowledge. “China has become a powerhouse in innovation and its innovation focus has increased over time,” Phillips says.

Historically, innovation has been the norm for China, which brought the world such advances as gunpowder, the compass, paper and printing. “The Cultural Revolution gave Western firms a big competitive advantage, because the Chinese just weren't participating in the way that they could, given the size of the population and their historic focus and value on education,” says Phillips, who explores the persistent effects of that policy in a new paper, “Education and Innovation: The Long Shadow of the Cultural Revolution.” 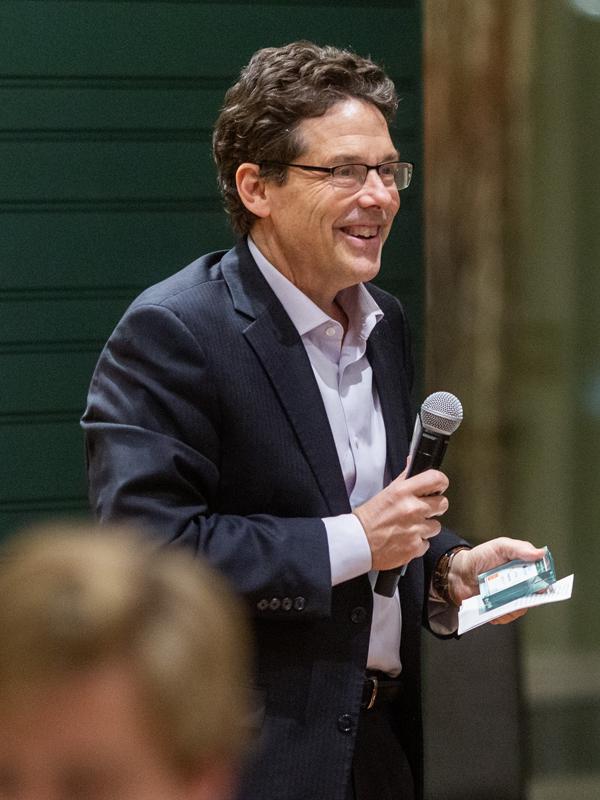 At Tuck, Gordon Phillips teaches the second-year course Venture Capital and Private Equity and specializes in private equity, mergers, and the impact of financial decisions on firms' strategic decisions.

To measure the impact of the Cultural Revolution on innovation, Phillips and his colleagues studied Chinese firms whose chief executives came of age between 1966 and 1977, when colleges and universities throughout China were shuttered by Mao Zedong’s decree. They found that firms led by CEOs without a college education spend less on R&D, produce fewer patent applications, and exhibit lower indicators of innovation success than companies with better-educated leaders.

The researchers used a binary marker to distinguish between executives who received the benefit of a higher education, and those who were denied this opportunity because they reached college age during the Cultural Revolution. The researchers could have used x, y, or z to define this cohort, but chose a more descriptive term: unlucky.

Luck is a prominent theme in Chinese culture, but the unlucky name also reflects the experience of some of Phillips’s Chinese colleagues, whose parents were part of that unlucky cohort. They, like the rest of China, have been working hard to catch up ever since. Phillips wrote the Cultural Revolution paper with Yi Zhang of Nottingham University and Zhangkai Huang and Jialun Yang of Tsinghua University in Beijing, where Phillips has been a guest researcher and lecturer for 17 years.

Nearly two decades visiting this Chinese university has allowed Phillips to witness the steady rebuilding of Chinese scholarship and the renewed culture of innovation among the country’s young business leaders. The connections Phillips has forged during his long association with Tsinghua University has also enabled him to lead two Global Insight Expeditions to China, in which groups of Tuck students have visited leading innovative companies.

Much of China’s resurgence can be attributed to its renewed embrace of outside knowledge, of which access to the Internet is both a powerful source and a useful measure. In a second paper, Phillips used Internet penetration in China in a novel way to quantify innovation by Chinese firms and how it influences the investment decisions of their U.S. rivals.

While China’s booming growth has caused much hand wringing among American policy makers, politicians, and in the popular press, the effect of Chinese innovation on the decisions of U.S. firms remains poorly understood. The existing academic literature disagrees even on the most fundamental question: Does increased foreign competition cause U.S. firms to invest more in innovation, or less?

Phillips provides some clarity in his paper, “U.S. Innovation And Chinese Competition For Innovation Production,” coauthored by Gerard Hoberg of USC’s Marshall School of Business and Bruce Yuan Li of Cornerstone Research.

Previous studies have focused on the market for existing products, using tariff and import data that are useful in measuring the exchange of goods but offer little insight into the creation of intellectual property. Phillips and his colleagues are the first to study the effect of direct Chinese competition in the market for innovation and intellectual property itself. Their key metric was Internet availability in China.

“Access to information makes you a more effective competitor,” Phillips explains. “The Internet has lowered the cost of access to information and therefore enabled folks to innovate faster.” It also provided the researchers a powerful tool. Because Chinese industry tends to be regionally concentrated, Phillips and his colleagues were able to correlate growth in Internet access by province with innovation in industries concentrated in those regions. This gave them a measure of Chinese firms’ capacity to compete with American rivals in the market for innovation, and how those U.S. firms have responded to the challenge.

The competition is becoming more intense, which means that you've got to step up your efforts or fall behind. Top companies are increasing their innovative efforts, but there's a bifurcation. It's like raising the stakes at a poker table.

Their results should remove any complacency American firms have about China’s supposed inability to innovate. Phillips’ research reveals that “increased intellectual property competition has a strong and robust negative impact on U.S. firm R&D spending, realized patents, and subsequent long-run sales growth.” This while Chinese firms show growth in the same areas, including a slew of new patents citing earlier American ones.

“In the press we hear about the theft of information, but a lot of information is publicly available,” Phillips says, noting that a wealth of information on intellectual property, product market strategies, and the performance of U.S. firms is available online through the websites of U.S. regulatory agencies and at the U.S. Patent and Trademark Office (USPTO). “Access to legally available information can help you become a more effective competitor,” he says, but not without investment.

“The competition is becoming more intense, which means that you've got to step up your efforts or fall behind. Top companies are increasing their innovative efforts, but there's a bifurcation,” Phillips says. Some U.S. firms respond with increased investment, particularly if they’re already established in tech-heavy industries and see innovation as a way to escape competition. Others tend to retreat, surprisingly those with higher market-to-book ratios.

“It's like raising the stakes at a poker table,” Phillips says. “If you're going to keep playing, you have to bring more stakes to the game.” To take the analogy a step farther, China is a sharp player sitting behind a substantial pile of chips. It may have misplayed a few hands earlier in the game, or perhaps was just unlucky. But it would be a mistake to underestimate the country now. 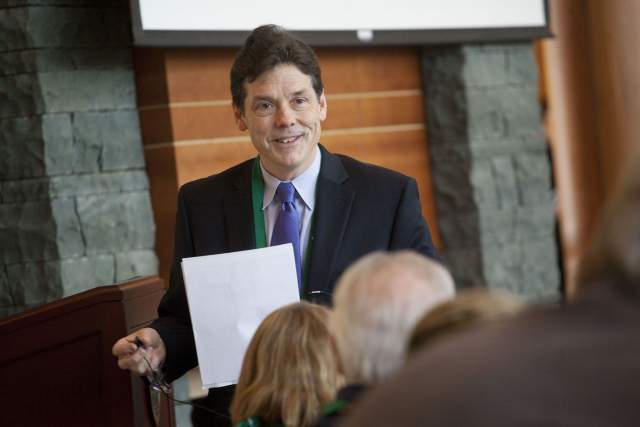 The grant will fund a project linking financial, business, and government information for ease of analysis for entrepreneurs, larger businesses, and researchers. 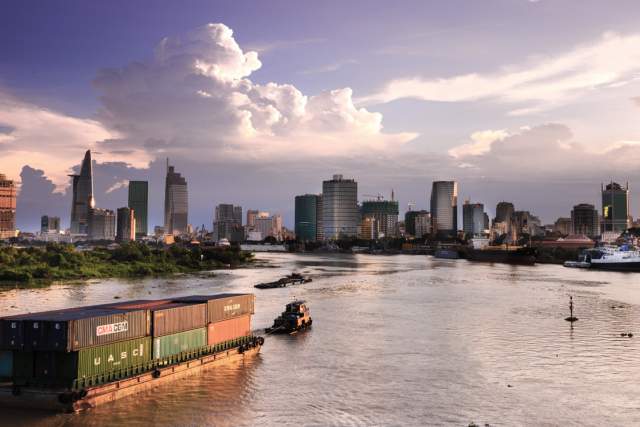