Entrepreneurship Initiative Kicks Off 2013 “From the Trenches” Speaker Series

The series, sponsored by Louis Crosier D’87, T’97, brings in young entrepreneurs to share their practical experience of starting a business.

The series, sponsored by Louis Crosier D’87, T’97, brings in young entrepreneurs to share their practical experience of starting a business. 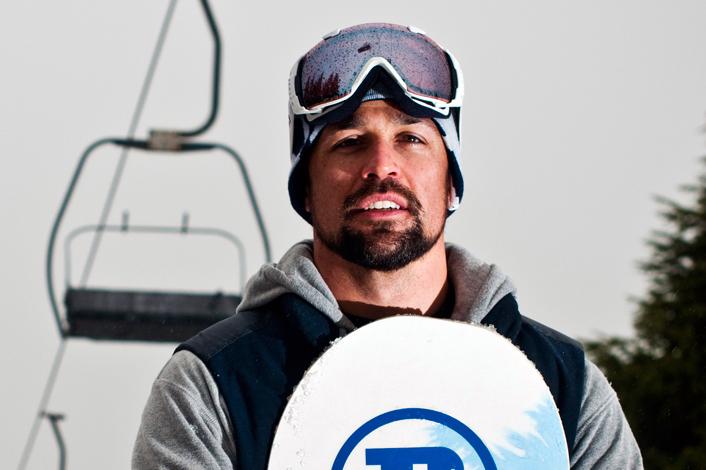 Tuck’s Entrepreneurship Initiative launched its  2013 “From the Trenches” speaker series on Tuesday with a presentation by Brendan Walker T’07, founder and CEO of Bon Hiver, Inc., a maker of magnetic snowboard bindings.

From the Trenches is sponsored by Louis Crosier D’87, T’97 and is designed to bring young entrepreneurs to Tuck to share with students their practical experience of starting and running their own business. Walker’s lively talk was moderated by Steven J. Kahl D’91, an associate professor of business administration who specializes in innovation, entrepreneurship, and organizational structure.

Walker addressed a packed lecture hall with a slideshow that told his professional story chronologically since graduating from Tuck, and brought a snowboard mounted with Bon Hiver bindings to demonstrate how they work. His journey from Tuck to being a bona-fide inventor and entrepreneur has been long and filled with drama, missteps, and revelations, and he shared many of the details candidly with students.

Snowboarding “has been the No. 1 determinant of where I’ve been and what I’ve done,” Walker said. Yet, he had always been disappointed by the inelegant process of unstrapping bindings to get on the ski lift and strapping them on again to go down the slope. His basic idea was to take the conventional design and incorporate magnets so the binding could be attached and locked to the snowboard without sitting or bending down. That “eureka moment,” he said, came to him in 2008, when he worked at the fixed-income derivatives desk at UBS Investment Bank. He didn’t mind his job, but it also bothered him “that I wasn’t using everything I learned at Tuck,” he said. So he decided to do a little research.

Walker’s first step was a prior art search on the website of the U.S. Patent and Trademark Office, to see if someone else already had a patent for a magnetic snowboard binding. When the search turned up nothing, he hired a patent attorney to do a more thorough search and help him with a patent application. Walker was very much a do-it-yourself entrepreneur, learning Google SketchUp to draw a design, and buying poster-board at Staples to make an initial prototype. “You don’t have to spend $10,000 on a first prototype,” he said.

In 2009, Walker was sitting at a bar with a snowboarding friend who had managed a hedge fund. Walker explained his binding idea and his friend offered an initial investment of $1 million.  It was Walker’s first of many encounters with investors, all the while hiring and firing multiple engineers to get the binding exactly right.

It took many iterations. In December of 2011, he had to issue a product recall because the bindings had a design flaw that caused them to break in extreme cold. It was an embarrassing experience for him, but he called each and every customer to apologize and offer a refund or a replacement. “When you have done a disservice to your customer, you have the best opportunity to create brand loyalty,” he said. Many of the people he called were impressed with his candor and then told their shops how trustworthy the product was.

Walker’s patent was issued in October of 2012. The following January, after little success selling the product to U.S. retailers, he discovered a better market in Europe: snowboard rental shops at winter resorts. European rental shop managers told him his binding could streamline the rental process and make it easier for beginners to learn the sport. “I realized, wow, I’ve been focusing on the wrong continent,” he said. “Now I’m addressing an industry-wide problem, so I pivoted to focus on growing sales at that level.”

Today Walker is building his company at an incubator in Boston and raising money to begin manufacturing. “I’m actually getting through to the other side after four years,” he said. “And this never would have happened if I didn’t get a $25,000 bridge loan to make samples for sales meetings.” He advised the students to “keep going, keep grinding, keep fighting. Because at any moment it could all change if you find the right break.”

After his presentation, Kahl reiterated the salient lessons from Walker’s experience: know your customers, know your investors, expect product problems you can’t anticipate, and learn to get good at hiring and firing people. Then Walker took questions from the audience and met one-on-one with students in pre-arranged office hours.