For Reservations, A New Approach

Len Greenhalgh is working to end the exploitation of Native American tribes. 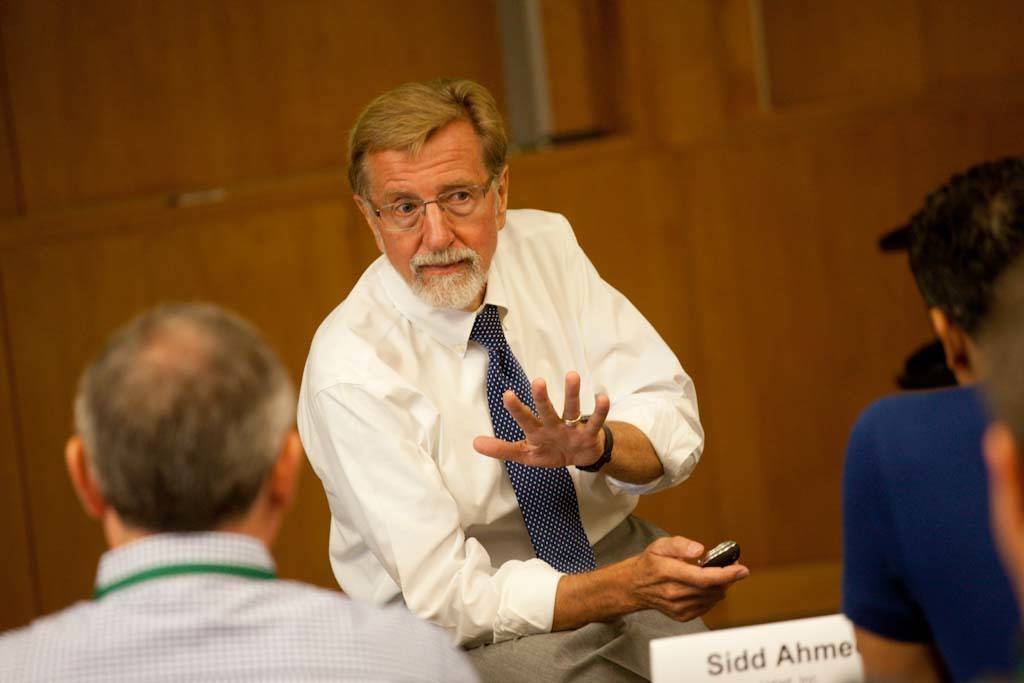 Native American tribes have been exploited by the outside world for more than 200 years. Tuck professor Len Greenhalgh says enough is enough.

Imagine a Caribbean island—azure seas, white-sand beaches, green-forested volcanic peaks. In short, paradise. Such a place has all of the resources it needs to thrive as a tourist destination, and many islands did just that for decades, sprouting hotels, restaurants, and tour operators who injected money and life into the local economy and led to prosperity for all of their inhabitants.

Until the cruise ships came.

As islands became more popular, more and more tourists wanted to visit them, and the cruise ships exploited that need by transporting thousands of tourists at once, developing the infrastructure of a floating city to do so. And that was the problem. Visitors started eating and sleeping on board, and even taking tours run by the ships. That left the islands with T-shirt and souvenir sales during the few hours tourists spent on land.

“You have a vibrant local economy and suddenly it’s dominated by cruise ships that are taking all the wealth away,” says Len Greenhalgh, professor of management at Tuck and director of Native American Business Programs. In a recent paper presented at the American Economic Association, “Fostering Local Economies of Native American Communities,” Greenhalgh used the analogy to describe exploitation occurring in a different place: Native American reservations. The only difference is that it’s casinos rather than cruise ships undermining the local economy.

“Casinos seem like a license to print money, but more often than not they are a net loss to the tribe,” he says. While Native American tribes may have the sovereign right to operate a casino, most have no experience in how to do it. “These big Las Vegas companies come in and say we’ll do it for you and give you a royalty, and they walk away with most of the money,” says Greenhalgh. Like the cruise ship, the outside companies take the resource and abscond with most of the profits.

And it’s not just casinos. “Native Americans often end up in the wrong part of the value chain,” says Greenhalgh. “If they have timber resources, a non-native timber company will pay them a stumpage fee and take away all the added value. Whether it’s coal or oil or water rights, someone else makes all the money, and the tribes are left with crumbs on the table.”

Greenhalgh has consulted with dozens of tribes on economic development to help turn around the cycle of poverty that plagues many reservations. At the same time, he’s advocated for public policy changes in Washington to reverse this exploitation. Too often, he says, well-meaning federal programs simply offer assistance to individual Native American business owners. “Federal agencies look at a particular business, and say how can we help this business—but businesses exist in an economic context. You need an industry cluster around it, you need the restaurants and gas stations to support it.”

Without that more systemic approach to development, says Greenhalgh, a tribe will never be able to develop the infrastructure to support local businesses and stop resources from leaving the reservation. First, a tribe must assess what resources they have—whether its timber, water, or fish—and then assess the skills of the workforce to develop those resources. Finally, it has to look at the wider economic context. A wind farm in North Dakota can’t work without a connection to the national energy grid; a water bottling operation in Oklahoma is worthless if all of the profits are spent on transportation.

While Greenhalgh says that the federal officials have shown interest in his approach, they are necessarily cautious. “Federal officials are not used to thinking in these terms,” says Greenhalgh. “They say, ‘This makes sense, but you’ve got to show me how it works.’” Greenhalgh has taken up that challenge, and is now in the process of doing just that in a native community on an Alaskan island with the assistance of Sam Alexander T’14.

“The island gets tremendous rainfall—it’s an arboreal forest with up to 20 feet of rain a year—the question is how do they use all of that water?” says Greenhalgh. His team has proposed using hydroelectric power for water bottling. “There is also a tremendous opportunity for ecotourism,” says Greenhalgh.

By thinking more broadly, Greenhalgh and Alexander are hoping they can systematically develop the island into a sustainable economy and turn around the fortunes of the tribe. “If people have jobs and income stability in their lives to keep them gainfully occupied and focused, then they don’t turn to destructive things,” says Greenhalgh.