From Georgia to Maine

Krystal Williams T’03 stops by Tuck on her thru-hike of the Appalachian Trail.

Krystal Williams T’03 has a message for Mount Moosilauke: “I’m coming for you.” 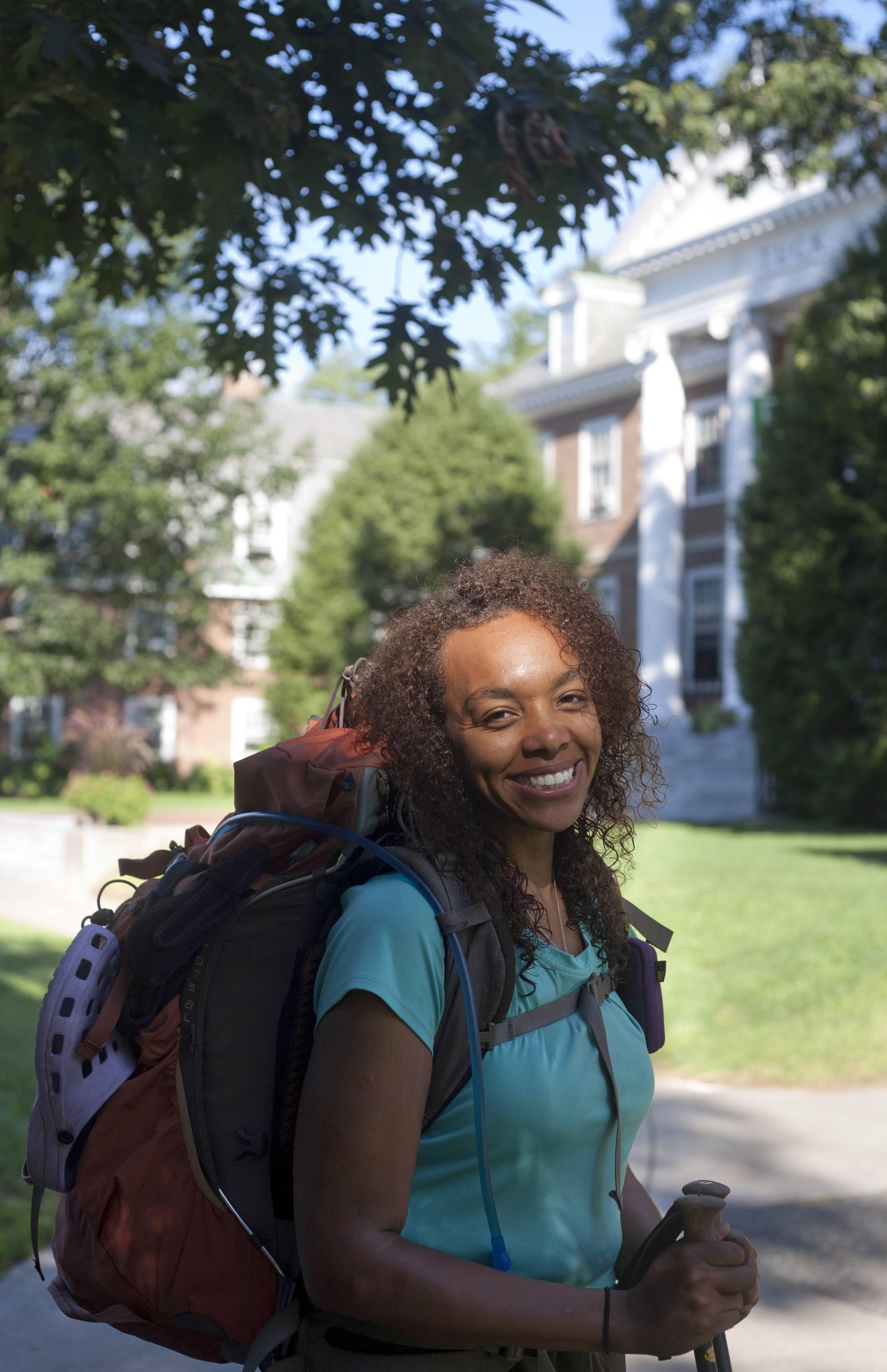 The vengeful tone in her voice is not a joke. It’s a product of her only experience on the mountain, when a hike to the summit during her first-year orientation at Tuck ended well after dark and left her with more blisters than she could count. She’s meeting the mountain again this summer, but this time it’s as a thru-hiker on the 2,180-mile Appalachian Trail. That makes Moosilauke just one more bump in a long, hard journey from Springer Mountain, Ga., to Mount Katahdin in Maine.

Moosilauke isn’t the only familiar place on the trail. The AT, as it’s commonly called, also happens to pass right through Hanover, and Williams didn’t miss the opportunity to visit Tuck, a place she’s returned to year after year as a recruiter, for alumni events, and as a speaker at the Diversity and Women in Business conferences. Tuck, in turn, welcomed Williams and five of her hiking companions, putting them up in Buchanan Hall and inviting them to a dinner with newly arrived first-year students.

Williams longed to hike the trail since her first year at Williams College, where she met a thru-hiker on his way north. “It just captured my imagination and made me want to have that experience,” she said. “I excitedly ran to my parents and told them about it. But their fear kept me from doing it.”

So she took the responsible route. After finishing college, Williams spent two years in the Dominican Republic with the Peace Corps, attended Tuck, and landed a role with John Deere. She’s currently on sabbatical from her position as Global Category Manager for HR and Employee Services, managing a portfolio of purchases worth about $500 million. After seven years with the company, she decided it was the perfect time to fulfill her dream of hiking the AT.

The hours spent traveling through the woods, alone or with new friends, have been soul-soothing for Williams, and have allowed her to contemplate her life’s path. “In some ways it has complicated things,” she said, “because it’s opened up this new avenue and different lifestyle that I didn’t really know about before. There are people who work solely to fund the things they’re passionate about. That’s not the approach I want to take.”

Williams has less than 400 miles of hiking left to think about the next phase in her career, but after spending nearly six months on the trail, she had some hard-won advice for Tuck students. “Everyone has a specific calling. I would encourage each MBA student to do the hard internal soul search work to define what that is.”

Williams hopes to reach Katahdin by her birthday, September 25, but is fine with the prospect of missing the target by a few days. ““One gift the AT has given me is the realization that life doesn’t have to be so planned.”