At Tuck, Chor teaches Global Economics for Managers and the elective Growth Economics.

Davin Chor, an associate professor at Tuck and a chair in Dartmouth’s academic cluster on globalization, traces the origins of his academic career back to a pivotal decision made in high school. Chor grew up in Singapore, where the population of 5.5 million people lives in an area one-sixth the size of Rhode Island.

His dad was an engineer and—unlike many parents who might encourage their children to follow in their own footsteps—wanted to direct Chor’s quantitative gifts away from that profession. That was what pushed Chor towards taking an economics class in the eleventh grade. Little did he realize then that he would continue to be a student of this subject well into his adult life.

Chor first ventured out of Singapore when he moved to the United States in 1996 for his undergraduate studies. This was a big step for him: His first flight on his own was one that literally took him halfway around the globe. When he matriculated at Harvard, he was further drawn to the study of international trade because it somehow felt familiar.

And, in a way, it was. Singapore is probably one of the best examples of a country that has grown on the back of international trade. It became a modern city as a trading hub for the British Empire, and it’s still a major stopping point for shipments making their way between Europe and China. The country has almost no farmland, and thus relies on trade to feed its people. Beyond that, international trade created whole new industries in Singapore, and brought new jobs and opportunities. In the 1980s, when Chor was just a kid, Singapore grew quickly by plugging itself into the electronics and semi-conductor value chain, and it has since transitioned into a fully developed nation with a thriving service industry.

I grew up at a time when Singapore expanded economically, and peoples’ livelihoods improved a lot, so trying to understand what the linkages might be between trade and development was something I became deeply interested in.

“I grew up at a time when Singapore expanded economically, and peoples’ livelihoods improved a lot,” Chor says, “so trying to understand what the linkages might be between trade and development was something I became deeply interested in.”

As an undergraduate at Harvard, Chor got his first exposure to the process of academic research. He decided to stay at Harvard for his doctorate in the early 2000s. The timing coincided with a new wave of research in international trade promulgated by, among others, Andrew Bernard, the Kadas T’90 Distinguished Professor at Tuck. Bernard had been one of the first trade economists to use newly available data to put firms, instead of countries, at the center of trade research. “I was fortunate to be receiving my PhD training at a time when there was such an injection of new ideas into work on international trade,” Chor says.

Chor has since applied this firm-level approach to study global value chains. This was inspired in part by his recollections of how the decisions of multinational firms to, say, source their computer chips from Singapore, had impacted that country, so he chose to explore how those decisions were made.

A key trade-related decision that firms often make is how closely connected to their suppliers they should be. Usually, firms have two options: work with subsidiary suppliers in a vertically-integrated chain, or work with outside suppliers in arm’s length relationships.  Chor explored this area with Pol Antràs, his adviser at Harvard and now a regular co-author on research papers. In “Organizing the Global Value Chain,” published in the journal Econometrica in 2013, Chor and Antràs studied the tradeoffs attendant to these supplier decisions and how they are intertwined with where, in the production sequence, the component fits. Owning a supplier gives a firm more control, but it comes at a potential cost of diminishing the effort incentives of the supplier, had the supplier retained greater autonomy instead. Antràs and Chor constructed a model for the optimal pattern of ownership of suppliers, according to how far upstream or downstream the suppliers are on the supply chain.

In other words, Chor explains, “understanding where you are in the production chain affects whether you’re more likely or not to be integrated or outsourced.” In a parallel paper with two additional co-authors (Thibault Fally of the University of California, Berkeley and Russell Hillberry of Purdue University), they also developed a measure of an industry’s “upstreamness and downstreamness” to aid further empirical research on the trade implications of those positions. And in a third further paper (with Laura Alfaro of Harvard Business School and Paola Conconi of Université Libre de Bruxelles), published in the Journal of Political Economy in 2019, they successfully tested the implications of this theory using a large dataset of firms and their observed ownership decisions worldwide over potential input suppliers.

It used to be a lot harder to energize students about international trade. But you don’t need a lot these days to get the classroom talking.

Most of Chor’s work has had a global perspective, but more recently he has focused on one important country in the world trade system: China. In a National Bureau of Economic Research working paper called “The Political Economy of China’s Export Slowdown,” Chor and co-authors Filipe R. Campante of Johns Hopkins University and Bingjing Li of the National University of Singapore document how slowing export growth has led to a rise in labor strikes in China. This has in turn prompted a host of responses by prefecture governments, including an increased emphasis on domestic law-and-order measures to maintain social stability. Moreover, they uncover evidence that the export slowdown has affected the career prospects of local party secretaries, with incumbents who have done a particularly poor job at curbing expected increases in strikes more likely to be replaced. Chor hopes to maintain this focus on China, through research on the impact of the ongoing trade war that China now finds itself in with the U.S.

Chor brings all this knowledge into the classroom, where he teaches the core course Global Economics for Managers and the upcoming new elective, Growth Economics. With new tariffs and trade talks appearing constantly in the news, the students are finding the course material as relevant as anything else they are learning.

“It used to be a lot harder to energize students about international trade,” Chor says. “But you don’t need a lot these days to get the classroom talking.” 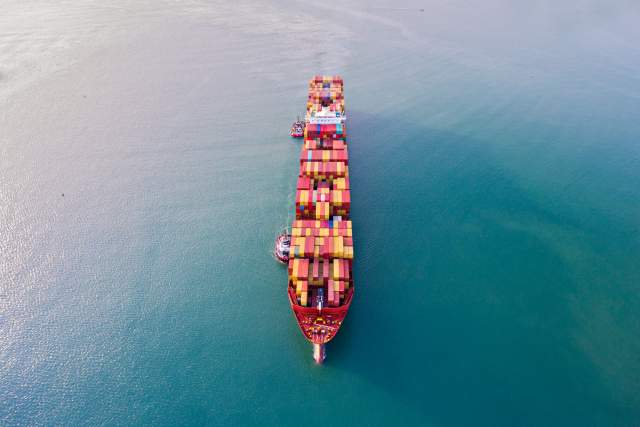 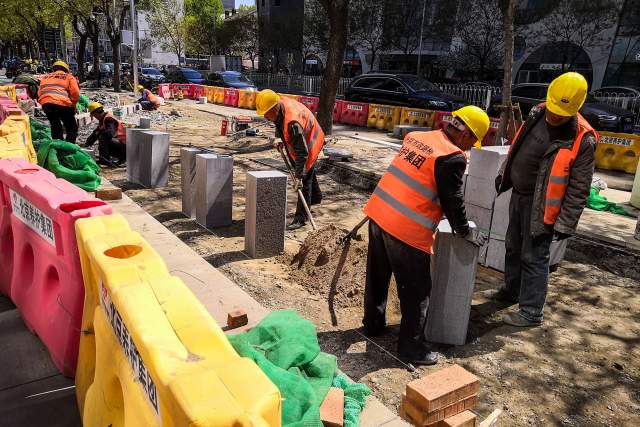