In the Great Recession, a Bright Side to Borrowing

The perils of personal debt are well-known. But new research by C.V. Starr Foundation Professor Gordon Phillips reveals an upside to credit access: using it to search for better-paying jobs. 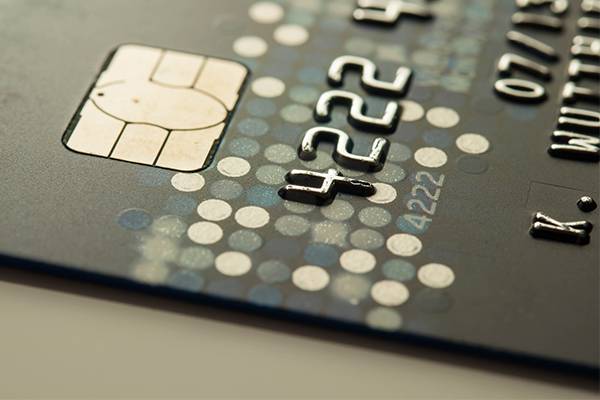 Increased employment is only one element of measuring the economic recovery, a study by Tuck Professor Gordon Phillips finds.

The perils of personal debt are well-known. But new research by C.V. Starr Foundation Professor Gordon Phillips reveals an upside to credit access: using it to search for better-paying jobs.

Usually we think of excessive credit card debt as a bad thing for the economy—an indication that consumers are overextending themselves and spending beyond their means. But new research by C.V. Starr Foundation Professor Gordon Phillips finds that, used right, access to credit can help individuals weather economic downturns in order to find better-paying jobs, and help the economy in the long term. “You hear a lot in the press about the dark side of credit, how you run up borrowing and fall into debt,” says Phillips, faculty director of Tuck’s Center for Private Equity and Entrepreneurship. “But there is a bright side to credit as well.”

Phillips presents these findings in a new National Bureau of Economic Research working paper, “The Impact of Consumer Credit Access on Employment, Earnings, and Entrepreneurship,” co-written with Kyle Herkenhoff of the University of Minnesota and Ethan Cohen-Cole of Econ One Research. While there has been plenty of research on business credit and job creation, the study is the first to look at the relationship between personal credit and employment.

Phillips and his colleagues began examining the issue soon after the Great Recession of 2008, with the help of a grant from the National Science Foundation. They used the funds to purchase a massive amount of credit data from credit reporting agency Transunion, representing the credit history of some 3 million individuals over 12 years. They then cross-referenced data anonymously using Social Security numbers with detailed employment information acquired from the U.S. Census Bureau.

They took longer to look for a job—but they were taking longer on purpose.

“Given that we were in the midst of a financial crisis, we were interested in how people were faring in their ability to find new jobs—and the outcomes when they did find new jobs,” says Phillips. The effects on the economy were potentially significant; the average workers Phillips and his colleagues looked at who had lost their jobs were making an average of $57,000 a year.

In a perfect world, those workers would have money saved up, allowing them to take the time to find new jobs commensurate with their skills. With the decline in household savings in recent years, however, laid off workers face more pressure to settle for a less than ideal position, even if they are overqualified for it, and even if it pays less. The researchers found that those with access to credit card balances, however, tended to wait longer before taking a new job. In fact, being able to replace 10 percent of their income with credit cards led them to take anywhere from an extra day to an extra three weeks to find a new job. Patience paid off. When they did find a new job, their salary was up to 1.7 percent greater.

“They took longer to look for a job, which sounds bad, because unemployment is lasting longer,” says Philips. “But what happened is they were taking longer on purpose. When they did find a job, their earnings replacement rates were higher.” The more credit a worker had access to, the better the eventual salary of their new job turned out to be. Those with access to credit equal to 100 percent of their current salary secured on average 10 percent higher salaries when they found a new job. “Some individuals did much better than that,” says Phillips. “They could go up to 20 or 30 percent at the extremes.”

The findings help explain, in part, one of the puzzles of the latest recession: why employment bounced back much more quickly than following other recessions, while at the same time, productivity failed to recover for years. “Our paper provides evidence of why that happened,” says Phillips. “Banks tightened credit, so people didn’t search as long for jobs. Unemployment went down faster, but wages and productivity didn’t go up.” Phillips and his colleagues are now working on a new paper with the same data set, looking at how the availability of credit affected individuals’ propensity to form new startup firms.

Taken as a whole, the findings show that increased employment is only one element of measuring the recovery. It’s just as important to look at the kinds of jobs people are taking, and how closely they match workers’ potential. Used judiciously, credit can be a tool that helps workers get closer to finding their dream jobs, increasing productivity of the economy overall. “Credit, when used wisely, has a very positive effect,” says Phillips. “It allows you to do things you wouldn’t have been able to otherwise when facing these adverse shocks.”