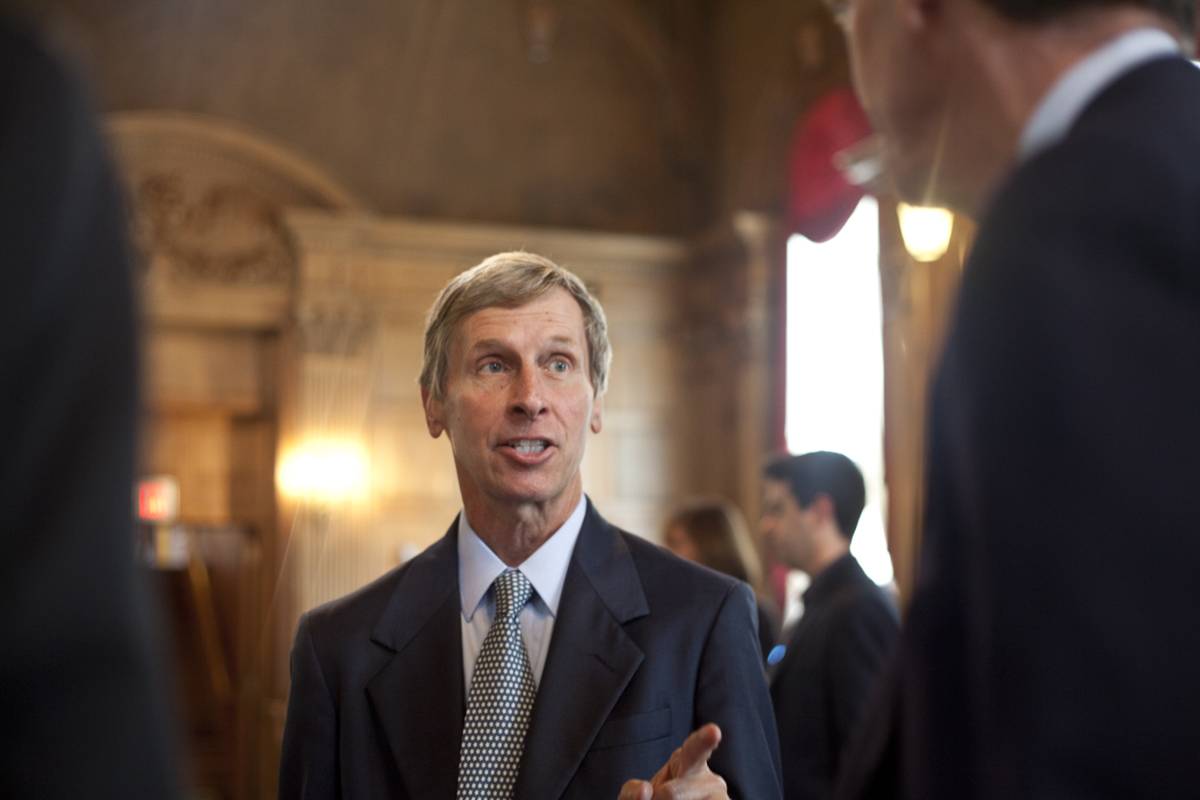 Given annually since 1970, the award honors the individual whose service to the people of New England best epitomizes Frost’s values of individuality, hard work, humanitarianism, and devotion.

Lynch received the award Feb. 3 at a ceremony in Manchester, N.H., with Boston Red Sox president and CEO Larry Lucchino providing the keynote address. Per Lynch’s request, all proceeds from the reception and dinner will go toward scholarships at Plymouth State University for deserving New Hampshire students.

“I am very honored to receive this award and delighted that the proceeds will support New Hampshire students who wish to attend Plymouth State,” Lynch said. “I’m grateful to everyone who is attending or sponsoring this event for making a big difference in the lives of students who otherwise might not have had the opportunity to attend college.”

Among his many professional accomplishments, Lynch served as CEO of the national furniture manufacturer Knoll Inc., where he helped create new jobs; provided annual bonuses, stock options, and retirement plans for factory workers; and introduced a scholarship program for employees’ children. A member of the University System of New Hampshire Board of Trustees, Lynch earned his undergraduate degree from the University of New Hampshire, MBA from Harvard, and a JD from Georgetown.