Amit Bhattacharjee uncovers a contradiction in the public's understanding of the market economy. 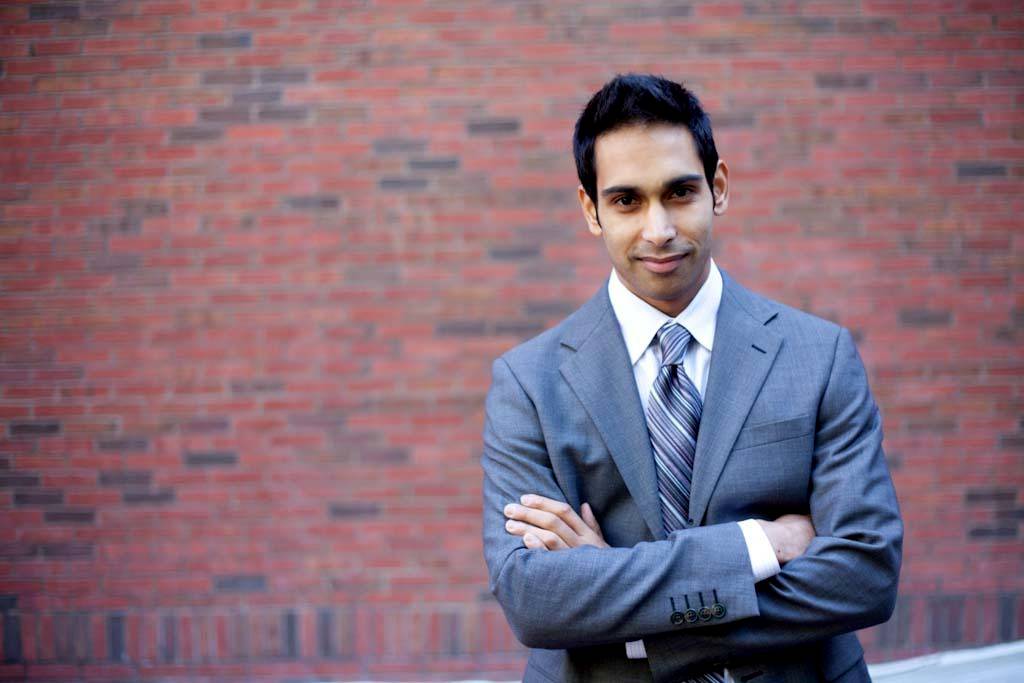 A study by visiting assistant professor Amit Bhattacharjee uncovers a significant contradiction in the public’s understanding of the market economy.

Dan Pallotta had a good thing going. As the CEO of Pallotta TeamWorks, a 400-employee company with 16 offices, his salary in 2001 was $394,500. The money, obviously, was nice, but the best part? He didn’t need to feel guilty about it. His for-profit company produced charitable events, such as AIDS Rides and Breast Cancer 3-Days, which netted $305 million for nonprofits in just nine years—more than any other private events in the history of philanthropy.

But it could not last. The way he tells it in his 2013 TED talk, when the media reported on his abnormally-high salary—at least for those in the non-profit world—the public labeled him greedy and criticized his company for funneling millions of dollars in charitable donations to “overhead” like advertising and marketing. They didn’t seem to realize that the expensive marketing campaigns were a major factor in the staggering amount of donations that poured in. With stunning speed, the charities that once praised Pallotta’s fundraising genius summarily abandoned him, and he was forced to shut down his company and lay off all his employees. That decision came at a high cost for the charities and the causes they championed. One breast cancer charity that fired Pallotta’s company staged its own fundraising walks and saw its revenue plummet by $60 million.

That spasm of public vitriol, and the damage it inflicted, was telling for Amit Bhattacharjee, a visiting assistant professor of marketing at Tuck. Bhattacharjee studies moral judgments in the marketplace, and for him the Pallotta story was a touchstone for a curious sentiment he had noticed among consumers. “People seem to feel that the presence of profit makes everything worse,” he says. “We wanted to see if that was really how people felt, and if so, why.”

Bhattacharjee tries to answer those questions in “Can Profit Be Good? Zero-Sum Thinking, Neglect of Incentives, and Anti-Profit Beliefs,” a working paper he co-authored with Jason Dana, an assistant professor in organizational behavior of the Yale School of Management, and Jonathon Baron, a professor of psychology the University of Pennsylvania. In six separate studies they show that consumers tend to focus on the harmful incentives of profit while overlooking the potential for profit to improve society.

Profit, according to economic theory, is the reward firms get when they give the market what it wants. People really like having a computer, a phone, and a camera in their pocket, so they pay for a smartphone, and Apple or Samsung make a lot of profit for making a better smartphone than the competition. Theoretically, this should be a mutually beneficial arrangement: consumers get what they want, and firms earn a reward. The profit incentive is the engine that drives companies to dream up new products and services, many times giving consumers things they didn’t know they needed until the moment they learned about them. In a sense, firms are selfish—the potential for their own gain is the catalyst for the modern economy. But in another sense, that selfishness means they must serve their customers. Without them, there is no profit. What Bhattacharjee and his colleagues found is that people dwell on the selfish aspect of profit-making and ignore the part about profit serving a social interest.

In their six studies, the researchers asked groups of North American adults about their perceptions of profits for individual firms and industries, their views on the connection between profits and social value, their beliefs on firms’ profit motives, and their opinion about profits that are unambiguously associated with social good. In each case, the respondents espoused a zero-sum view of profit. In other words, they believed that wealth is like a fixed-size pie: if someone is increasing their slice, someone else’s slice must be getting smaller. This finding is rather surprising in this cultural context. “Even in one of the most market-oriented societies in human history,” the authors write, “in which market norms are well integrated into cultural life, people overlook the possibility that profit can help society.”

Bhattacharjee notes a number of possible explanations for these beliefs. One is that people tend to have a negativity bias; that is, they overestimate negative aspects of behavior and underestimate positive ones. In economic contexts, this may help explain why people underestimate gains from trade and overestimate the frequency of market failures. However, Bhattacharjee and colleagues find that even when people think a profitable company has created something socially valuable, they do not connect the dots and see that the desire for profit led to the creation of that social value. Instead, the authors suggest that people are reacting to profit-making by applying deeply ingrained moral intuitions developed when humans lived in small social groups of hunter-gatherers. In those ancient societies, resources were freely shared for the betterment of the group, and selfishness was frowned upon as unfair and likely to lead to an inequitable distribution of wealth. Such moral intuitions may be ill-suited to the complexity of the market economy, where selfish profit-seeking behavior can actually create innovations that benefit society. The difficulty is that the social benefit may not occur immediately, and humans “routinely neglect to consider the indirect effects of various behaviors, even when they are much larger in magnitude or much more important than their immediate effects,” the authors state. Instead, they may just assume that a company’s selfish intentions must lead to selfish, bad deeds. Unfortunately, Bhattacharjee asserts, our natural beliefs about profit are holding us back. “The way we think about profit and social good limits our ability to help people and alleviate poverty in more sustainable ways,” he says.

If people do, in fact, harbor deep anti-profit beliefs, what should firms do to earn consumers’ trust and loyalty? “Companies can benefit a lot by signaling they don’t care about profit,” Bhattacharjee says. “Perhaps the guy who was best at this was Steve Jobs. Apple could easily be hated—it’s one of the most profitable companies in the world—but it has benefited enormously from the mythos that Jobs didn’t care about profit and just wanted to create something beautiful.” Companies might consider following the lead of artists like the band Radiohead, which allowed fans to pay however much they wanted for its last album, and Bruce Springsteen and comedian Louis CK, who capped prices on tickets to their shows. They built their reputations and all still made plenty of money.

“What I’m ultimately encouraging is for companies to build their long-term brand,” Bhattacharjee says, “because it could be more profitable than grabbing all they can right now.”

Dan Pallotta seems to agree. He recently founded Advertising for Humanity, a marketing firm that, among other things, helps consumer companies “humanize their brands.” Time will tell what other humans think of that.