Tuck is tapping into its loyal and dedicated alumni to extend its reach around the world. 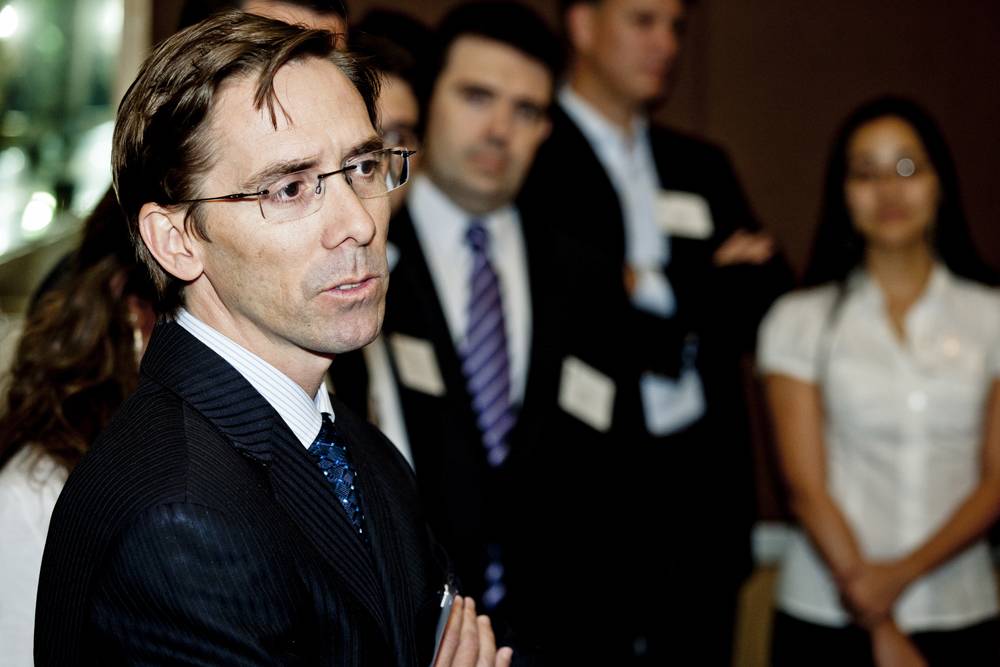 Tuck is tapping into its most reliable resource—the school’s dedicated alumni—to extend its global reach.

Jie Lian T’01 had never been to the United States when he moved from China to Hanover in 1999. While some might have been overwhelmed juggling the demands of business school with learning a new language and culture, Lian flourished in his new home—thanks in no small part to the welcoming and supportive community he encountered at Tuck.

“That’s why, whenever I get emails from Tuckies,” says the former managing director at Goldman Sachs, “I remember everything I received as a student and try to pay it back by helping.”

The help Lian provides his alma mater these days goes well beyond responding to emails from current students and graduates. As a member of the school’s new Asian Advisory Board, Lian is helping grow Tuck’s presence around the world, and doing so in a way that only Tuck can.

Comprised of alumni living or working in the region, the Asian Advisory Board is one of three new regional boards established in recent years to increase Tuck’s global reach. (Boards in Latin America and Europe were launched in 2012 and 2011 respectively.) While not charged with any governance responsibilities, these new boards are more nimble than traditional boards and, as a result, can have an immediate impact on students’ and graduates’ lives.

Already, these efforts are starting to bear fruit. When European Advisory Board member Tore Rynning-Nielsen T’85, a senior partner at Herkules Capital AS, wanted to see more Norwegian students applying to Tuck, he combed through his contacts to make connections with aspiring business school students. His focus paid off: There are now three Norwegian students in Tuck’s class of 2015.

Regional board members are appointed by Dean Paul Danos for two consecutive three-year terms, although they may be eligible to serve additional terms, and are selected for their experience, business acumen, and dedication to Tuck. Each board meets approximately every 18 months in rotating locations throughout its region.

During these meetings, senior administrators from the school are actively engaged in the proceedings, whether it’s arranging local press coverage, connecting with prospective students, and building relationships with companies in the area. And unlike more traditional boards, regional board members are frequently closer in age to current students and to their own Tuck experience, a proximity that keeps them even more attuned to current developments in the MBA program.

Despite their many advantages, Tuck’s regional boards do face challenges in effectively covering their areas, which are often too geographically large or culturally diverse for a one-size-fits-all approach. Latin America’s two big markets may be Brazil and Mexico, for instance, but it would be irresponsible to neglect other nations in the region, or to ignore cultural differences between—and sometimes within—specific countries.

Tackling these challenges with expertise and enthusiasm are the board members, who hail from many backgrounds but are united by their desire to serve Tuck in every way they can. “Tuck’s boards celebrate the world-spanning cultures of our graduates and reflect the diversity of their ambitions and opportunities,” says Santiago Alsina T’99, managing director of MBA Lazard and chair of the Latin American Advisory Board. “They are proof of Tuck’s success in producing global citizens who give back.”

“We’re especially proud of how we can be as a resource for all students, from the recently admitted to alumni,” adds Rynning-Nielsen. “Not only do our boards tie active Tuck alumni together, but we’re also an accessible network for first- and second-year students.”

Adds Paquette: “We’ve been so impressed with how eager our regional advisory board members are to learn, listen, and lend a hand. Besides helping us recruit exceptional, diverse new Tuckies, these boards remind alumni out in the world that they’re not forgotten and they’re never alone, no matter how far from Hanover they roam.”

A recent illustration of this came when the Hong Kong-based Lian and his wife were traveling to Tokyo and got lost on the way to their hotel. Two American passersby struck up a conversation after seeing Lian’s Tuck sticker on his suitcase—one of their wives was a T’09—and then went out of their way to escort the Lians safely to their accommodations.

“No matter where you go in the world, it’s just that unique thing about Tuck and Dartmouth,” Lian says. “The Tuck spirit is a community of people trying to help each other however they can.”