Slaughter & Rees Report: An Offer in the Oval Office 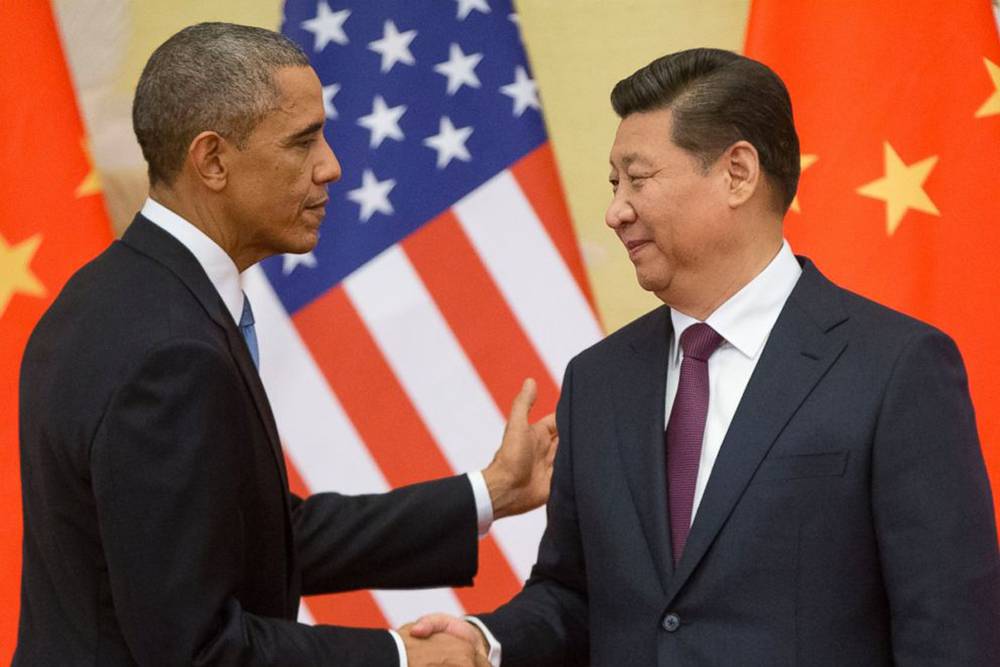 China’s President Xi lands in Seattle tomorrow for a whirlwind tour of the United States. His itinerary includes a meeting with President Obama and a state dinner at the White House. Here is what we hope the Oval Office host says.

“President Xi, please make yourself comfortable here in this chair by the fireplace. Would you like some more green tea? No? Good. Our time is short, so let me be frank. Our two countries are by far the most important in the global economy. Yet right now, we both are woefully underperforming. And, we don’t trust each other.

“Your country’s strategy of massive capital investment to export wares to the world, successful though it has been, no longer works. Your unproductive investments are brewing trouble, and your success in raising wages is paradoxically pricing you out of more export markets. Your attempt to facilitate the rise of the ‘Chinese Dream’ built on domestic consumption is stumbling, in no small part due to your bumbling efforts to support your stock market. Your citizens are increasingly grumpy, restless, and wagging WeChat fingers at you.

“Please don’t be offended. My country’s economic performance is little better. Last Thursday the leaders of the Federal Reserve downgraded their collective projection for long-run annual average growth in U.S. gross domestic product to a range of just 1.8 percent to 2.2 percent. The day before, the Census Bureau announced that in 2014 U.S. median household income had fallen to just $53,657—basically the same level it first reached in 1989. Think of that, Mr. President: In my country, the typical household’s income has not budged in a quarter of a century!

“Now, here is where it gets really interesting. The rise of your country has contributed to the income pressures in mine. Some of the smartest economists in the world have researched this link very clearly. And my fellow citizens voice deep and broad unease about this link. Earlier this month a new survey showed that 89 percent of Americans say that the loss of U.S. jobs to your country is a serious or very serious problem. 89 percent! Sixteen months from now, I will no longer hold this office. My successor may very well pursue aggressive policies toward your country to heed that 89 percent. Have you seen what Donald Trump says about you? I may be your last Oval Office friend for quite some time.

“The bottom line is that you and I need to step up immediately and lead, both to bolster our economies today and to forestall dangerous developments tomorrow. Here is my three-step plan—one step for you, one step for me, and one step for both of us.

“Step One: China must stop stealing the ideas of my country. The theft of America’s intellectual property by Chinese individuals and Chinese companies is a massive concern of America. This is not just because of the economic damage, which some studies have estimated cost millions of U.S. jobs. Even more fundamental is the inherent unfairness. Property rights are a basic foundation of our global economy, and protecting them is essential to innovation. You eroding this foundation compromises our ability to make policy progress in all areas. And all of this IP theft is hurting you, too. You and your government have voiced the desire to connect China more to the world’s innovation ecosystem. I and so many welcome that desire. China’s labor-force growth is basically over at this point. Your capital investment going forward will be less, not more. What must drive your future economic growth is growth in productivity—for which IP is so essential.

“Step Two: I stop harassing your sovereign currency policy by ceasing production of the Semiannual Report on International Economic and Exchange Rate Policies. You and other countries have complained for years that this report ignores subtle economic realities and national sovereignty. You have argued, for example, that if China is a currency manipulator then Janet Yellen is an interest-rate manipulator, because each country conducts its sovereign monetary policy according to its particular goals. You have pointed out the substantial appreciation of the yuan against the dollar in recent years. You and so many others have asked us to speak to our domestic political constituents using a less-blunt tool. I hear what you are saying. We will stop.

“Step Three: We announce to the world that our two countries are launching crash negotiations for a bilateral free-trade and investment treaty. As you know, for many years now our two countries have been negotiating a BIT. Both our countries voice a commitment to open trade—yet currently you are not part of the group of countries negotiating the Trans-Pacific Partnership. Both of us need a sweeping bilateral trade and investment agreement. I need it because I yearn for one meaningful foreign-policy success on both economic and diplomatic dimensions. You need it because part of your Chinese Dream is global heft, and because my successor as President may take a hardline approach to your country.

“My cabinet has prepared for each of us this one-page memorandum of understanding to sign and then share with the world. For Step One, you authorize your Ministry of Commerce to direct a new national effort to curtail IP theft. For Step Two, I authorize the U.S. Treasury to cease with its report and all related currency conversations. And for Step Three, we jointly authorize our trade negotiators to work to bring you into the TPP.

“Here is a souvenir White House pen you can keep. I have already signed on my three lines. We have 20 minutes until our joint press conference. I am happy to answer any questions you have before we speak to the world. More tea?”