A conversation with Ella L.J. Bell Smith, professor of business administration, on the enduring relevance and re-release of her book Our Separate Ways: Black and White Women and the Search for Identity.

The recipient of the 2021 Earl Hill Jr. Faculty Achievement and Diversity Leadership Award from the Consortium for Graduate Study in Management, Bell Smith teaches the Leadership Out of the Box elective at Tuck. | Photo by Laura DeCapua

Ella L.J. Bell Smith had just arrived at Tuck in 2000, one year before Harvard Business School Press first published Our Separate Ways: Black and White Women and the Search for Identity, written by Bell Smith, professor of business administration, and Stella Nkomo, now a professor on the Economic and Management Sciences faculty at the University of Pretoria. But the journey that led Bell Smith to the research and stories presented in the book began decades before, in her family life, through her academic scholarship and appointments, and in her longtime and outspoken advocacy for equality, in race, gender, class, and their intersections.

Our Separate Ways was republished this August for its 20-year anniversary and, in many ways, plus ça change, plus c’est la même chose: a lot has changed in 20 years, but, as evidenced through-out 2020 in particular, much remains the same. Undaunted, Bell Smith continues her work out in the world—and was recognized for it most recently with the 2021 Earl Hill Jr. Faculty Achievement and Diversity Leadership Award from the Consortium for Graduate Study in Management, in addition to attention for Our Separate Ways from a wide variety of entities, such as McKinsey, Essence, Bloomberg.com, Wharton, even Gwyneth Paltrow’s enormously popular GOOP podcast. And closer to home, in teaching her popular Leadership Out of the Box elective at Tuck, she works to fulfill the school’s mission of teaching wise, decisive leaders who better the world through business.

Your book was just republished with a new preface and new epilogue—why now?

Because it’s more appropriate now than it was 20 years ago. And that’s the bittersweet. McKinsey just came out with its 2021 Women in the Workplace report, and for Black and Brown women, the numbers are dismal—nothing has really changed. There is no real difference from a statistical point in terms of their being able to rise and advance in corporate America. Our book includes statistics from our research, but it goes beyond that and includes women’s stories. Numbers tell you you have to do something, but they don’t tell you how to do it—and statistics don’t tell you the “ouch.”

Where did the initial book idea come from?

The research project behind it was done in the early ’90s; the Bunting Institute at Harvard wanted us to tell our story about what we learned of Black and White women in the workplace—particularly the way race and gender intersected in shaping women’s careers. Our research involved interviews and in-depth data gathering with Black and White women in management. For the book, we were able to report the survey data and present selected stories from women that best illustrated the themes that kept coming up.

We’ve heard about the glass ceiling—that invisible barrier to women in business. You talk about a different kind of barrier for women of color.

The glass ceiling is more for White women. For Black and Brown women, it’s not a glass ceiling, it’s a concrete wall: nobody sees you. And that concrete wall limits your capacity to learn and understand what’s going on on the other side—the culture, the behavior, the expectations, the rules. If you don’t know what’s on the other side, and nobody’s telling you what the rules are—or if somebody keeps changing the rules without your knowing it—you can’t play the game.

So how do you break through that wall?

It’s about relationships. If there is nobody else like you to talk to, a colleague you can ask about their experience, then you don’t get to develop the relationships that are necessary for doing well, the signals that tell you how things work. You’re just functioning in the dark. It’s good to have somebody who enables your voice and ensures that there is no punishment for your bringing your voice to the table.

Do Black and White women build relationships in the same way?

One thing that became apparent in our research was that Black women tended to have a constellation of support: mommy, daddy, uncle, auntie, other auntie, godmother, ministers, teachers—you name it. And their goal is to reach back to help extend that community. The White women we interviewed didn’t have that kind of constellation, that big extended community, around them. They had their mother and father, and might have their grandparents or an aunt or uncle—they tended to have a much more mononuclear system, if you will. And they tended to be more likely to adopt that individualistic boot-strapping male CEO archetype to succeed.

A co-conspirator is more like an accomplice, someone on the inside, someone you’ve built a relationship with and trust. They take action, and they are relentless. Allies aren’t always relentless, and they often come with their own conditions: “I will support you, but here are my terms. And if it’s not looking real good and safe for me, I’m not sure I’m going to be able to do anything.” And they don’t make a difference in the long term. But there are allies who become co-conspirators over time, and there are White women who really get this and are doing it. They put skin in the game—powerful skin in the game. And we need more of that.

How can White women better take on the role of co-conspirator?

That’s an important question. For White women, have some awareness of who you are and of your racial history. If you don’t have a racial history, then it’s time for you to do some homework—do your reading, look at your films, ask your questions, find somebody you can talk with and ask questions of. We need White women in power to say, “We’ve had enough of this, we’re going to crack this; how come I get selected all the time and you never do?” We need to have honest conversations about it—not guilt and shaming conversations, but honest conversations about how we’re going to change things.

What motivates you to continue to be such an outspoken advocate for gender and race equality?

I think it’s in my DNA. I was adopted, and I get it from all four of my parents. My family is a family who know who they are. My mother and father were very political growing up; my biological father was a third-generation physician, and my biological mother was from a very mixed Irish, Native American, African American family. For an African American woman to be able to say her family knew who they were—that is a privilege, a high privilege. It shapes my voice, my commitment, my determination.

What do you want your research and storytelling to say to readers?

I want people to think about why: why it—systemic racism—is everywhere. Yes, it exists in corporate America—but it also exists in academe, in medicine, sports, entertainment—everywhere. Particularly when it comes to women and when you start talking about sexism and then differentiating groups of women: Black women, Brown women, White women. What is going on—and why can’t we make a difference?

What do you and Stella want people in the MBA pipeline—prospective students, current students, alums—speciﬁcally to get out of your work?

I want them to learn that, number one, everyone has a voice in this. I want them to become co-conspirators. I want them to address the issues, not deny them. I want my students to learn about this and be able to have conversations—and I am not saying there’s a right or wrong conversation. I want them to understand that this is real, and this is part of leadership—not affirmative action, not civil rights, not inclusiveness. This is leadership. And your job is to lead and make a difference. 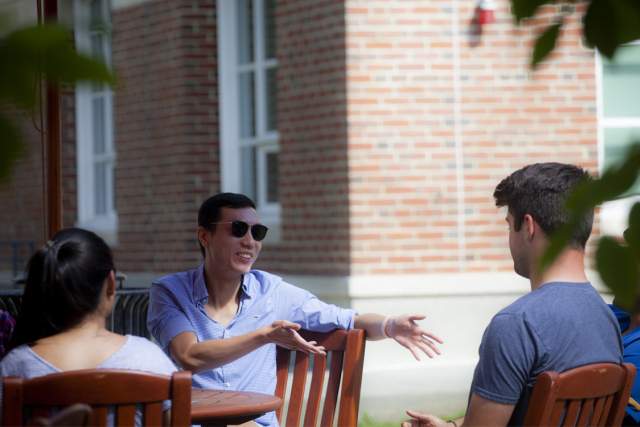 At Tuck, students strive to connect and build trust with their classmates and the community. These seven ground rules help provide the safety of structure so they can be themselves while learning and teaching with others. 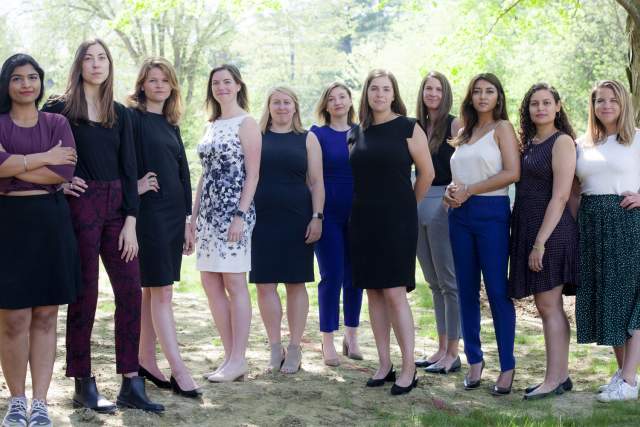