What All Successful Companies Have in Common

Everyone knows that good senior managers are valuable. The question is, How valuable? 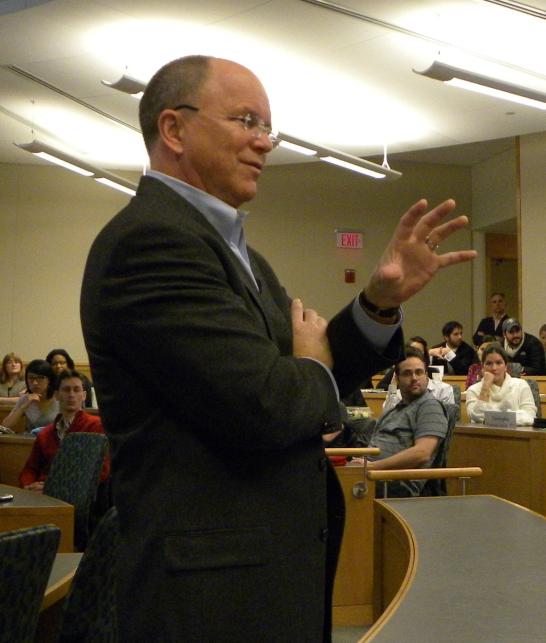 James Quigley, a senior partner and former chief executive officer at Deloitte Touche Tomatsu Limited has a figure: well-managed companies are valued as much as 35 percent more than their poorly-run counterparts.

In their New York Times’ bestseller, “As One: Individual Action, Collective Power,” Quigley and co-author Mehrdad Baghai of Alchemy Growth Partners draw on research by Deloitte to debunk the myth that there are only two styles of management—the traditional command-and-control model and the newer, bottom-up collaborative model. They outline an array of approaches that allow managers to be effective in a rapidly changing business environment where successful products can be delivered by groups as decentralized as Linux’s volunteer developers to the rigorous training of acrobats in Cirque du Soleil.

Quigley, who stepped down as the firm’s global CEO in 2011—he remained a senior partner at Deloitte U.S. until June 2012—described the approach in a lecture to Tuck MBA students sponsored by the Center for Global Business and Government Feb. 5. The philosophy, says Quigley, rests on the observation that successfully-managed organizations are built on three pillars: a shared identity among employees; an intensity of feeling toward the organization’s goals; and a common interpretation of how the company should go about achieving them.

Building a shared identity rests on employees feeling a connection to their co-workers, their manager, company goals, and the resources needed to succeed. It means understanding to whom or to what employees feel most attached. In some cases it may to be the company’s mission or industry, in others it may be to a visionary founder, a key client, or their own department.

Understanding this helps managers shape strategies that allow them to tap into a higher-intensity of feeling among their employees. Successful companies such as Apple and Google succeed in part because many of their key employees are willing to work far beyond the four corners of their job description and channel their so-called “discretionary effort” into the company’s goals. “This is the secret sauce of really moving forward: Can you get more than the contractual commitment from your team?” says Quigley.  “Anybody can get the contractual commitment, but to distinguish yourself you need to get more.”
Survey data from Deloitte illustrates this point. Across all industries, an average of about 20 percent of workers are passionate, another 20 percent are engaged, 35 percent are passive, and 25 percent are disengaged. Succeeding depends on ensuring that employees have a sufficient level of intensity of feeling toward a given strategic objective, Quigley argues.

This has big ramifications for a company like Deloitte, the world’s largest professional services firm, which spends about $15 billion in employee compensation. “Are you happy to pay $9 billion to people who are passive or disengaged?” says Quigley. “If you are a leader of the team and actually want to win, don’t assume you can articulate the strategy and push it out to your team and it will automatically be executed.”

Reaching common ground about how to execute is the final step for getting organizations to operate as one. Quigley argues that, instead of the two traditional views of management, there are actually eight models, ranging from the directive “landlord and tenant” to the scripted “conductor and orchestra” to the emergent “community organizer and volunteer.” Each has its strengths. The directive landlord and tenant model, for example, is often best for organizations in crisis, while others that depend on generating a steady stream of innovation may be better-suited to a more decentralized approach.

“We could do so much better and we could dramatically distinguish ourselves if you could have a higher percentage of your workforce that was passionately committed,” says Quigley. “Leadership is about executing strategy. It’s about bringing together a diverse group of individuals to accomplish shared goals.”