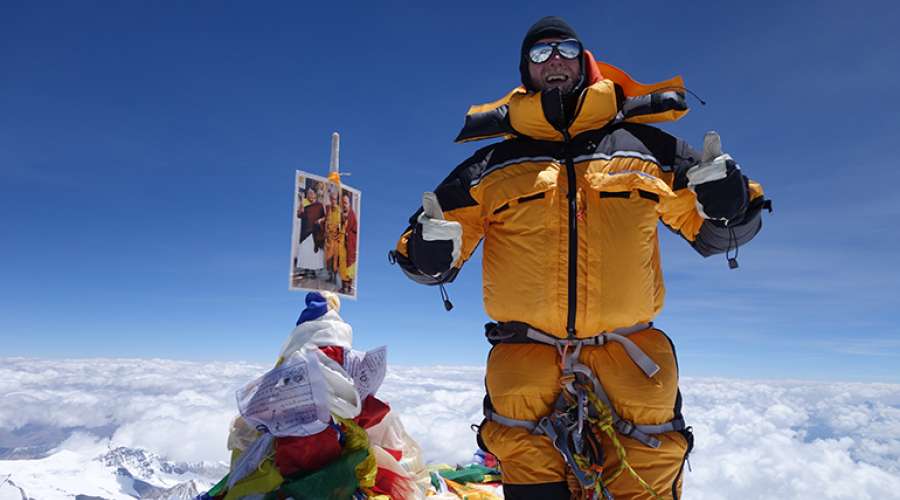 James Brooman is a T’10 ex-investment banker who is currently an entrepreneur in the outdoor technology space. He recently climbed Mt. Everest without bottled oxygen. He has also spent two years cycling from Northern Alaska to the southern tip of South America (check out his book about it) and eighty days running across Australia from Perth to Sydney.

Harsha Gavarna is a T’18 and co-chair of the Tuck Outdoor Club. He loves climbing hills—be it the Himalayas or the ones around Hanover. He is also an avid student of mountaineering history.

Below is Harsha's recent conversation with James. 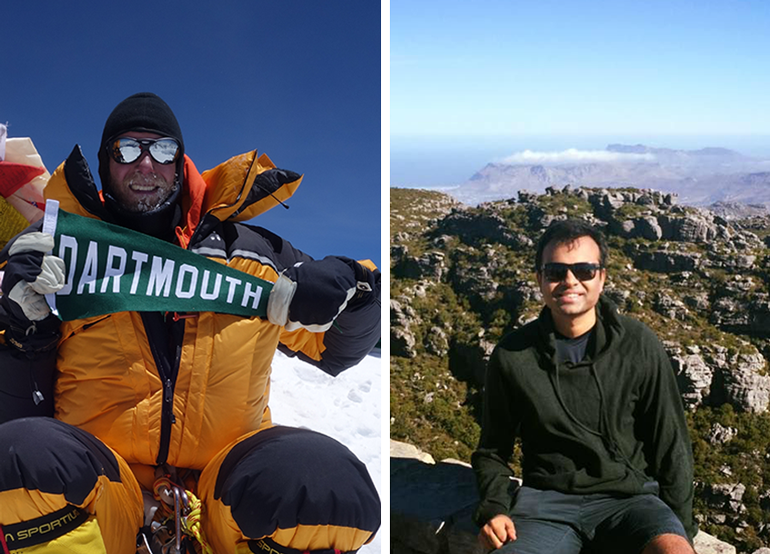 How did you feel at the top of Mt. Everest?

It was a unique experience to finally stand at the summit. It was a feeling of great satisfaction more than anything else. No euphoria or great emotional ‘release’ though, as I was acutely aware that I was really only half way at that point, and I was too tired and hypoxic to get too carried away. It was in many ways like the mix of feelings you get when finishing a marathon.

It was a perfect weather day in Everest terms, which meant around -40 degrees Fahrenheit windchill; not actually so bad but also uncomfortable enough to make you not want to linger there for too long even though the view was spectacular. By the time I summited at 10:50 a.m. some clouds had moved into the most distant valleys, but you could see all the mountains for a hundred miles in each direction. Sunrise was even clearer, with not a cloud to the horizon. I remember climbing up from the Balcony (a small platform a few hundred meters below the Everest summit) and looking over the ridge to my left towards the beautiful stratified colors of the sunrise. Clear as day there was a dark triangle which started in front of me and ended at a point on the horizon. It was the shadow of Everest, and it was utterly breathtaking. It was a view I’d wanted to see my whole life and there it was. I didn’t take a photo as I was climbing hard, but those few moments will stay in my memory forever.

How did you develop an interest in the mountains?

I’ve always enjoyed being in the mountains, ever since my parents took me to the alps when I was 4 years old. My mother is from a small village in the Italian Tirol so I guess the mountains are in my genes. It never gets old to see clouds below me; it brings a smile to my face every time.

Why did you decide to climb Mt. Everest, especially without bottled oxygen?

There are a couple of reasons. The first is historical. I was first there in 2014, climbing with oxygen with everyone else. I was fortunate to meet some truly wonderful and incredibly athletic people on that trip, and was surprised I could hold my own. We seemed miles stronger than many of the other teams and I started to think that if those other folks had a chance of summiting, what was I capable of? I was talking to one of the climbers there who had been on Everest several times we talked about climbing with no oxygen. He thought I could do it, and that got the wheels turning.

The second reason is that I thrive on personal challenge. Both the difficulty and the additional complexity of making a no-oxygen attempt was something I found appealing. The fear factor and the low success rate were real motivators which helped me train and prepare as hard as possible, which, if I’m really honest, I wouldn’t have done quite as vigorously than if I had gone back using oxygen once again. Reinhold Messner, one of the greatest ever mountaineers, said it best when he referred to climbing being a form of internal exploration, about knowing more about himself. He saw climbing with oxygen as a barrier to some of that intimate knowledge of his own limits and capabilities. For me, I felt much the same way. I often told my Sherpa that I would rather try and fail without oxygen than use it and summit, because it wasn’t about summiting, it was about finding those limits.

How did Tuck help you in your outdoors journey?

It helped in a number of ways, as a lot of the things you are exposed to at Tuck transfer into life in many ways. Tuck helped me develop my willingness to get input from others - and seek it out in the first place - which helped in my preparation and execution of this climb. I’m also still inspired by many of my classmates and the amazing things they have achieved, which has helped me to ‘think big’ with my dreams and goals. And they don’t come bigger than Mt Everest!

You are the CEO at a fitness startup called Firefit. Can you tell us a little about the challenge you are working on?

Sure. In the physical side of my life I’m very much an amateur athlete, and I used to have just enough knowledge to be dangerous. Getting a coach would have been very beneficial, but I didn't value that part of my life enough to warrant the high cost. My current start-up is exploring ways of using technology to bring the expertise and personalized feed back of a coach to amateur athletes, but at a much more affordable price point. I’m excited to help people inspire others and grow their confidence by reaching their fitness goals, whether that's doing an Ironman triathlon or getting a marathon personal best.

Any parting advice for all those trying to climb their own Mt. Everest?

A couple of things. First is to figure out what the goal is and why you want it. If you don’t know what you are aiming for, you can’t get there, and if you don’t know why you want it you’ll run out of drive before you do. Second is to dream big. Anything is possible with enough dedication, focus and resourcefulness. And third is to have fun and take some calculated risks. I think Tuck folks understand that better than most, but when working in the corporate world its easy to lose sight during the daily grind. Some people say I’m so lucky to have these adventures, but really its just been a set of choices I’ve made. For better or worse! 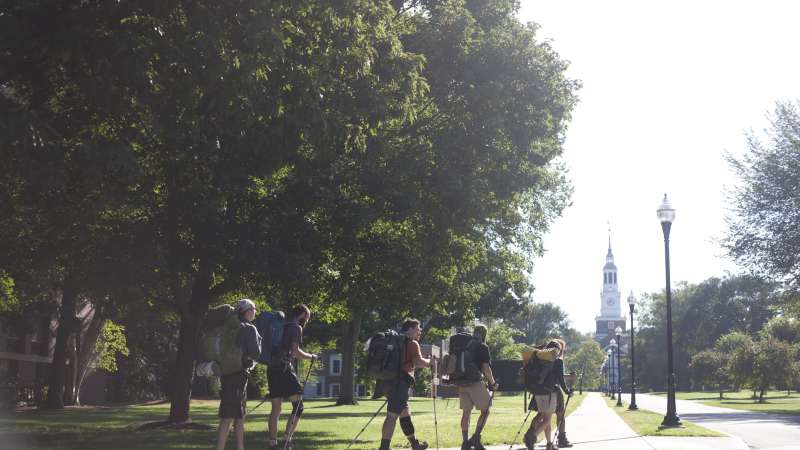 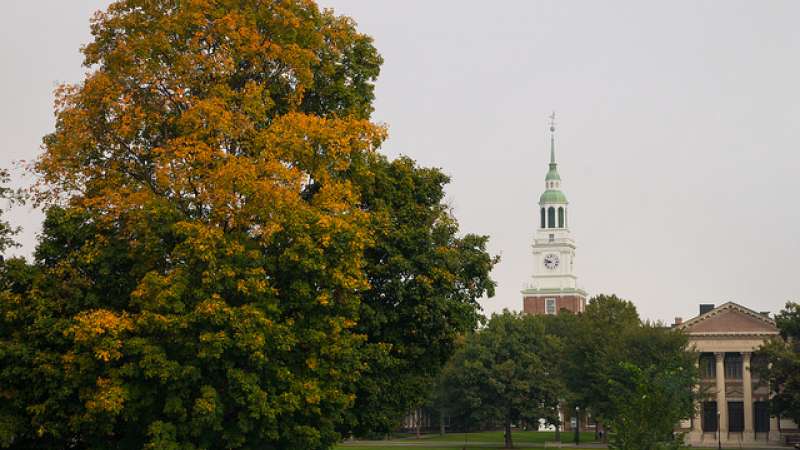 A Few Words on Immersing Yourself