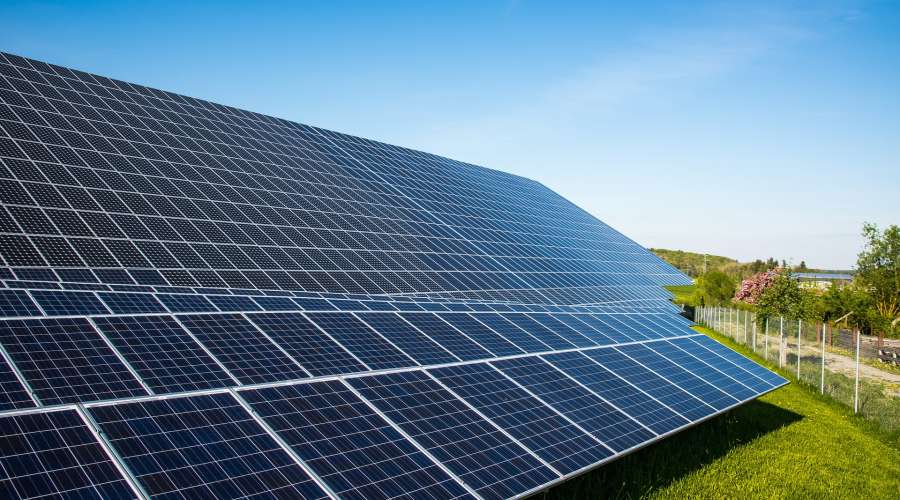 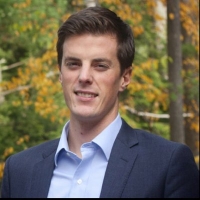 Jeph Shaw T’15 is vice president and principal at New Energy Capital (NEC) in Hanover, NH. Prior to NEC, Jeph worked on the finance team at TerraForm Power. He is a former fellow of the Revers Center for Energy. Jeph was kind enough to answer five of my questions on his role at NEC and some of the trends he's seeing in the energy industry.

Over 30 percent (~4,200MW) of proposed new generation within New England is wind-powered. More and more solar arrays are popping up as well. What’s driving this trend?

A couple of factors. Some of it is driven by the demand side. That breaks down into wholesale power prices and renewable specific incentives.

In the wholesale power markets generally, the biggest change in New England over the last 15 years has been a shift from oil and coal to natural gas. We were getting about 40 percent of our power from oil and coal; now that’s down to about 5 percent and natural gas has displaced just about all of it (renewables are just starting to make a material impact). All this natural gas demand has constrained the delivery network, so gas prices are now about twice the national average. This drives up power prices to some of the highest in the country, which helps renewables.

The key specific incentives have been federal tax credits and state level renewable portfolio standards. Combined with the relatively high power prices, these incentives have allowed quite a bit of wind to be built (about 800 MW, which is equivalent to one nuclear power plant).

On the supply side, installed costs of wind keep coming down (although not as fast as solar), and the capital markets are increasingly comfortable with the asset class, which has perhaps an equally big impact on levelized cost. We’re also just now seeing the offshore market open up as well. Those sites tend to be the windiest in the area, so that could be a big component of supply going forward. One thing to keep in mind—wind has a long development cycle and a lot will ultimately fall off due to transmission and permitting constraints.

For solar, the dramatic cost reductions on the supply side combined with some progressive incentives (virtual net metering and solar-specific portfolio standards) have caused a big boost, particularly in Massachusetts. About a gigawatt is installed there and it is expected to double within a year or so.

There has been a lot of buzz around new technologies in the power world, from microgrids to battery storage. How soon should we expect to see some of these technologies deployed on a large commercial scale?

A couple of key considerations here. The thing about power generation is that it’s a relatively simple business. A power plant provides really one major service—putting electrons into the grid. The economics of valuing that production can be complicated, but policy and utility rate structures can do a pretty good job of simplifying that complexity, so you end up with basically Price * Quantity = Revenue. And you can contract that revenue over long periods of time.

With storage, there are a handful of different benefits that stack up very differently depending on the application (rate shifting, grid services, etc.). The utility rate structures haven’t kept pace with that, so we don’t yet have competitive, efficient markets to value storage, and very few long-term contracts. The drivers to date have been progressive utility commissions that have allowed utilities to buy storage as a bundled resource and pass on the cost to rate payers. That works for early adoption but won’t take it to large scale.

The supply side on storage is also interesting. Some think lithium ion batteries will become the dominant technology and that the economies of scale will self-reinforce, similar to what happened with solar PV. Others think we still need a “non-linear” innovation in low-cost material to get to the levels that will allow mass-scale integration of intermittent renewables. Given the high capital costs at play, it’s hard for anyone other than the government to fund that R&D, so government support will have a lot to do with how it plays out.

What’s been keeping you busy at New Energy Capital?

NEC has a pretty straightforward approach to the market. We focus on proven technologies with long-term revenue contracts. We invest at the project and “platform” level—i.e. we work with managers who develop, construct and finance projects. We try to differentiate ourselves by being good, flexible partners. Personally I’ve been working mostly on new investments in solar, but have also been looking at some other technologies like fuel cells and waste-to-energy.

What’s it like to live in Hanover after graduating from Tuck?

It’s great to be in Hanover. It’s been fun catching up with classmates who come back for recruiting and generally trying to stay plugged in to things at Tuck. I’m excited to see what happens with the new Irving Institute for Energy and Society. I’ve also been impressed at the level of business activity up here—there are a surprising number of startups and alternative investment firms in town. The lifestyle component and ability to get outside have been really nice too.

Any plans to get back into tripod hockey?

I did play one mini-league game when I first got up here. You might see me out there in the winter league. Definitely Thursday night race league skiing at Whaleback.

The Revers Center for Energy inspires and shapes tomorrow's leaders in energy while engaging today's energy community. It aspires to establish Tuck as the preeminent business school for learning practical leadership in the energy industry.