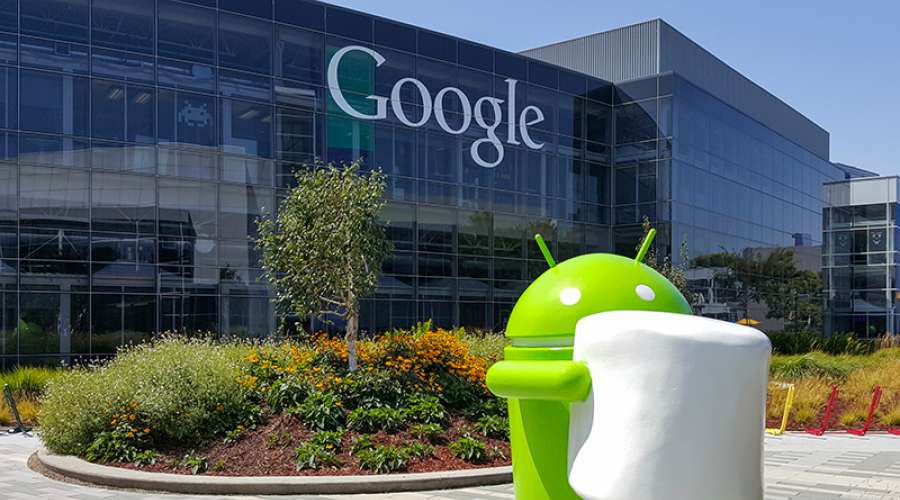 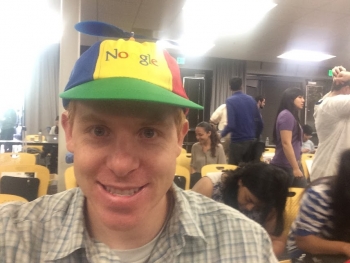 A conversation with Robert Thelen T'16 who interned at Google this past summer.

Q: What were you doing before Tuck?

A: I was a captain in the United States Air Force. I basically had three jobs over my eight-year Air Force Career: Aircraft Maintenance Officer, Combat Advisor, and Acquisitions Officer. Each was interesting and challenging in their own regard. In Aircraft Maintenance, I was responsible for hundreds of Airmen and two dozen F-15Es (worth $1.2B). As a Combat Advisor, I led a 12 person team in advising, mentoring, and training an Afghan Army unit. In acquisitions, I led a cross functional team in developing a better ejection seat, a new aircrew body armor option, and worked as a Portfolio Execution Chief in tracking the cost, schedule and performance of 500 programs worth $5B a year in expenditures.

Q: What drove you towards Tech and Google in particular?

A: Google was always a dream. I remember being a young lieutenant in Aircraft Maintenance and convincing my unit to use Google Wave, the precursor to Google Docs).  I remember thinking that this level of collaboration would change everything and make my airmen’s job a lot better 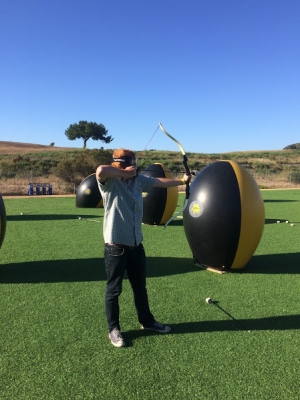 and easier. In the end, though, Air Force IT ended up blocking the Google Wave site, largely because they did not understand cloud computing. I knew I wanted to someday work for Google, but, the road from the Air Force to a company like Google seemed just too far.

A: It was Amazing. I look at that summer as one of the most important learning opportunities of my life.  I had amazing mentors, both formal and informal, got to meet amazing visitors, and got to do work that actually mattered to the company. I was in Google for Work in Sales Operations. My direct supervisor (called a host at Google) was in charge of Planning and Transformation (a cool title, huh?). I worked on interesting and diverse projects, got to learn SQL, produce surveys, and interact with super smart Googlers. The food was good, but the people were amazing. I played Quidditch nearly every week, got to meet Nobel Prize winners, talked to Google Xers, and just hung out on one of the coolest campuses in the world.

Q: How did Tuck prepare you for Google?

A: For me, Google would not have been possible without Tuck. The caliber and reputation of Tuck’s MBA  program opened the door and the Tuck core classes gave the vocabulary to do well in the interviews. Before Tuck, I did not care about profitability, stock prices, or competitive strategy, it was just not important in the Air Force. In addition to the amazing professors, I got an equal amount of wisdom from my fellow students, who were more than nice enough to sit down and talk about technology companies and even do mock interviews in order to prep me for my encounters.

Q: What advice would you give someone who wants to intern at Google?

A: First, if I can do it, anyone can. I came from a public sector job that is slow to adopt new technology, is always over budget, and still blocks Gmail from work stations (but allows Facebook for some reason). I came to Tuck with no real-world experience outside of the USAF. Through the fall and winter, I learned from my professors and my fellow students, I reached out to the amazing Tuck alumni network, and I just kept focused on tech. There will be many distractions, many opportunities dangled in front of you that will become all the 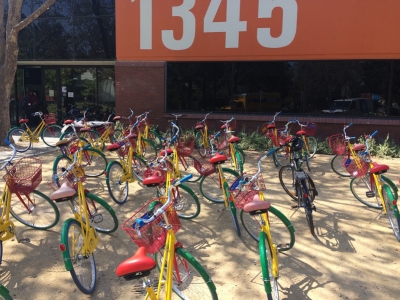 more appealing as your peers get internship offers in early January, but stay strong! Tech recruits slower, and Google in particular, because they care about the whole person and it takes a while to get through the 4,500 applications for an MBA internship.

Q. What do you plan to do after Tuck?

My beautiful wife Sarah is applying to Masters in Public Policy/Administration programs across the U.S. and I am waiting to see where she gets in and where she wants to go. She followed me to New Hampshire for two years and now it is her turn to follow her passion and go to school. I will decide where I am going after she chooses where she is going to school.  Many of my peers ask me if I am nervous, perhaps waiting until April or May to find where I am going to live and work, but I know that with a Tuck MBA and my work experience, I have all the tools I need to get a cool job. I will keep you up to date!

Robert Thelen T'16 was born in Oconomowoc, WI and attended the University of Wisconsin, where he graduated with a degree in business management and human resources. Upon graduation, he received his commission as a second Lieutenant in the United States Air Force and was assigned to the 366 Fighter Wing in Mountain Home, Idaho as an aircraft maintenance officer. In Mountain Home, Lt. Thelen was responsible for leading and motivating over 200 airmen and was responsible for $1.6B in aircraft and assets. He was the 2009 company grade officer of the year (1/280), deployed to Guam, Korea and the Philippines as the lead maintenance officer, responsible for 18 F-15Es and participated in joint exercises across the Pacific. In 2010, Lt. Thelen volunteered for a one-year tour in Afghanistan as a combat advisor to the Afghan National Army.  In Afghanistan, he led a 12 person cross-functional team in training, mentoring, and advising a 130 soldier strong Afghan Army unit in all aspects of professional military development, including small-arms training, convoy training, logistics management, leadership, and even literacy education. In addition, Rob started a not-for-profit that connected small towns in the U.S. with a local village, helping to start and fund an all-girls school. Capt. Thelen was awarded a Bronze Start Medal for his service in Afghanistan. After his deployment, Rob was re-assigned to Wright Patterson AFB, in Dayton Ohio, as an acquisitions officer. For his first acquisition projects, he was responsible for a new body armor system, a safety upgrade on ejection seats, and a survival system for pilots, worth over $100M. After two years, he was sent to Squadron Officer School, where he finished as a distinguished graduate (7/680) and was reassigned as the portfolio executive group chief, in charge of the cost, schedule, and performance for 500 programs worth $5.1B a year. After eight years, he separated from the Air Force and is currently attending the Tuck School of Business at Dartmouth College and resides with his wife Sarah in West Lebanon, N.H.

Stay tuned for Rob’s next post in which he discusses his startup, FliQ.