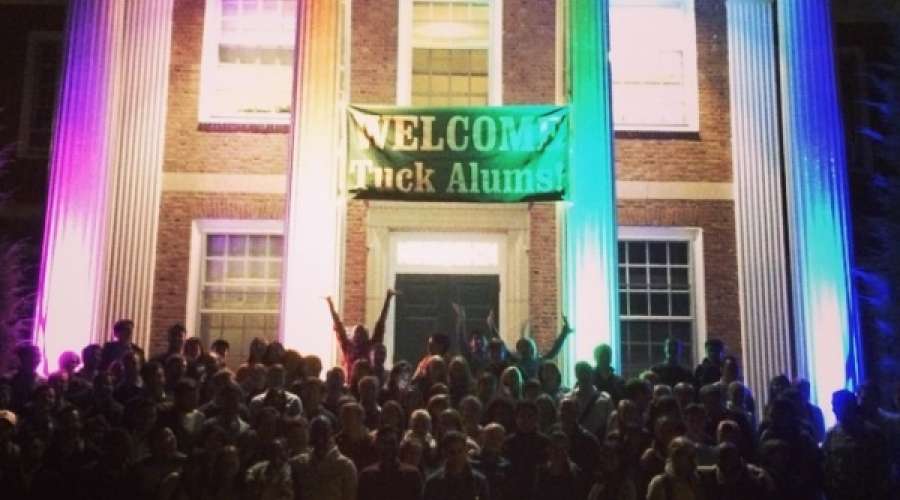 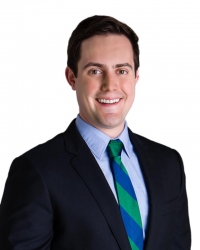 Justin is a first-year student and co-chair of Tuck Pride, Tuck’s LGBT and ally resource and support group. He graduated from Wesleyan University in 2008, majoring in both English and economics. After college, Justin returned home to Atlanta, where he taught ninth-grade literature for two years as a Teach For America corps member before transitioning to technology consulting at Deloitte. He’s a tech nerd, education advocate, and coffee enthusiast.

In early April, my Tuck Pride co-chair Keith and I ventured out of the woods to the Windy City for the annual Reaching Out MBA (ROMBA), the national organization for LGBT MBA students, Leadership Summit. At the summit, we met with LGBT club leaders from over 20 other business schools and shared ideas, successes, and challenges we face as out or allied members of our respective MBA programs. In addition to the learning and fun, the conference helped me reflect on my experience at Tuck as an out gay man and heightened my excitement for the year ahead as Tuck Pride co-lead.

To be honest, I was nervous about being out in business school. Growing up, I never regarded being gay as a big deal, but many people throughout my life thought it was. I came out in college and was out at work, but the prospect of coming out to hundreds of more people sounded exhausting. As an applicant, I had heard that Tuck was an accepting community, but in the back of my mind I was skeptical. The business world itself, despite much progress in the last few years, remains predominantly heteronormative. Would business school follow suit? I had always lived in large cities; would scenic Hanover be less inclusive?

It’s difficult to overstate how misguided my skepticism was. Tuck is hands-down the most accepting community I’ve ever been part of. Every time I had come out to someone before Tuck, there had always been an ever-so-slight pause in the conversation. It wasn’t necessarily malicious—though sometimes it was—but it was there, and it accentuated my “otherness.” The pause simply doesn’t exist at Tuck; it’s absolutely amazing and indicative of Tuck’s culture of inclusion. Recently during our Admitted Students Weekend, an out admitted student mentioned that she also noticed the lack of pause. That made me proud to be a Tuckie.

We’re a small group: just ten out students between the two classes, but together with hundreds of allies we’re fabulously active. Each fall, for example, we host a TuckTails during which Tuckies share coming-out stories over beers with hundreds of their classmates and light the Tuck Hall columns in rainbow colors for National Coming Out Day. This winter we hosted a well-attended “Ask Me Anything” panel where four LGBT-identified Tuckies answered the audience’s questions about our experience and how one can be a better ally on campus and in business. Finally, this spring we hosted the annual Diva Party. Our classmates dressed as their inner divas, and we raised almost $800 for the Trevor Project, an organization focused on suicide prevention for LGBT youth. Tuck was even one of the three schools that organized the national ROMBA conference in San Francisco last October.

Tuck’s MBA Program Office even partially sponsored our trip to the Leadership Summit, another testament to Tuck’s respect for inclusion. The summit helped me realize that Tuck is on par with our peer schools in big cities in terms of percentage of the student body that identifies as LGBT. It was comforting to hear that some of the challenges we face in rural New Hampshire, such as the low number of out women in business compared to out men, were universal across our peer schools, even those in bustling cities. And it was exciting for Tuck to be identified as exemplary for some of our LGBT initiatives, especially around ally and alumni engagement. Keith and I are honored to be leading Tuck Pride this coming year. With the Leadership Summit behind us, we look forward to continuing to foster inclusiveness and dialogue on campus, while working toward Tuck becoming the best MBA program for LGBT students. We have a few ideas for next year percolating, specifically around tackling challenges that all top MBA programs are currently facing: strengthening our LGBT community (community is Tuck’s forte after all!), increasing representation of out women on campus, and ensuring our community is trans-friendly. Put your rhinestone shades on, folks: The future looks bright.