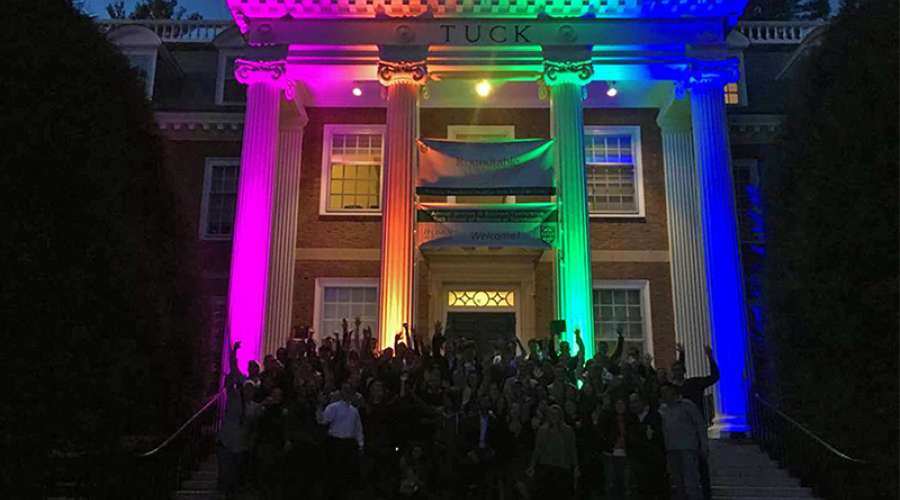 Tell me a little about Tuck Pride and how you found out about it.

Tuck Pride's primary goal is to increase LGBT awareness. In addition to a big Tuck ‘Tails event in the fall, Tuck Pride also holds weekly happy hour gatherings and social hangouts. I feel greatly passionate about LGBT awareness—not just for this group but for the entire population in terms of diversity—which is why I was interested in joining Tuck Pride.

I discovered Tuck Pride by reading about it on Tuck’s blog, Tuck360. Prior to visiting Tuck, I was concerned about the LGBT community and the level of inclusiveness and support here. But then, I read a blog post by Justin Holzwarth T'16 which was very helpful and made me feel very optimistic. I came here and discovered that everything he said about the support and community really was true. It made the decision that much easier.

So, you organized a big Tuck ‘Tails event in the fall for Tuck Pride that was open to the entire Tuck community. Can you tell me about the goal of the event?

The goal of the event was to increase LGBT awareness on campus. It was also a great opportunity for everyone to relax together after classes during Fall A and just have fun.

The second goal of the event was to engage allies to support the Tuck Pride group. Allies are straight people who support the LGBT community.  We only have four or five out students each year at Tuck, which is a pretty small percentage of potential LGBT people. We want to make sure those out in this special community feel comfortable doing so, because there’s a great group behind them, supporting them. We want to maintain and continue to build a strong support system right here at Tuck.

Before I began organizing the event, I talked to a few second years who helped host the event last year and they offered their advice. When I was recruiting volunteers for the event, I was shocked by the overwhelming level of support and engagement I received. A lot of people dedicated their own time to volunteer, which was amazing.

How do you think the event went?

I think it went really well. The level of courage the speakers had to share their out stories at the event was amazing. I was especially touched by a few of the allies who shared so much about their past before Tuck.

We received great feedback from people—they were especially impressed by the speakers and the courage they showed by sharing their stories. One T’17 also mentioned she was very impressed by me because I was an international student hosting the event.

Also, I want to mention that the MBA Program Office was very helpful and supportive. They helped me work with other parties at Tuck to organize the event.

Can you talk a little bit about inclusivity at Tuck?

Absolutely, I think it’s very inclusive here. That’s the reason I chose Tuck. When I visited, I saw that the kind of connections between people have here are so much more intense compared to a lot of peer schools in the States. And then when I actually came here, I found out it was all true. My observations were grounded in reality. People have this kind of community awareness that’s very much within their heart. People are very aware of the importance of diversity and inclusiveness. 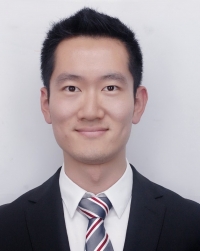 I feel completely comfortable being myself here.

Gus Zhao T’17 was born and raised in China. He attended Fudan University in Shanghai and University of California San Diego. Prior to Tuck, he worked in consulting and in the education for profit space.