There’s no silver lining to a disaster as shocking and immense as the oil spill in the Gulf of Mexico. But as with any major mistake by a corporation, says management professor Sydney Finkelstein, there are many lessons to be learned in its wake.

There’s no silver lining to a disaster as shocking and immense as the oil spill in the Gulf of Mexico. But as with any major mistake by a corporation, there are many lessons to be learned in its wake. One of the most important lessons is that failures of machinery and equipment can often be traced to shortcomings of leadership. Another is that a corporation’s response to a disaster of its own making requires tact and compassion. Tony Hayward, as the CEO and public persona of BP, had opportunities to do the right thing both before and after the spill, but he failed in significant ways. What happened?

By the time Hayward became CEO in May of 2007, the company already had a troubled reputation as unsafe and, in its anemic efforts at reform, callous. In 2005, an accident at a BP oil refinery in Texas killed 15 workers, and investigations after the fact concluded that managers had ignored serious warning signs. Then, in 2006, a BP oil pipeline in Alaska’s North Slope sprang a leak, revealing, according to the New York Times, “widespread corrosion problems in the pipeline network,” which lead to an inquiry by the Department of Justice. 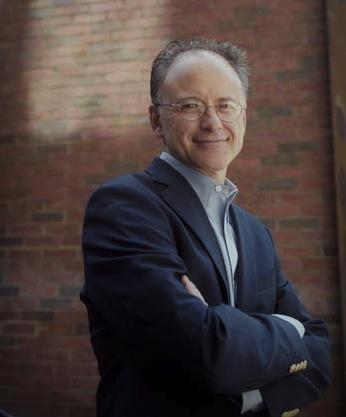 Despite this history, Hayward chose to focus his attention on cost-cutting rather than safety. This was his first and most profound misstep, because it inculcated a culture of penny-pinching that permeated every level of the organization. The fact is, when a CEO expresses a desire to cut costs, that value system becomes part of every employee’s DNA. Which is why setting and reforming the values of a corporation is the CEO’s most important job.

Not that there’s anything wrong with cost-cutting, per se. All companies try to reduce costs, because it’s usually easier to do than grow revenue, and it’s just a good business practice. Moreover, a new CEO can often pick out the inefficiencies in the system that became calcified under the former CEO, and thereby appear fresh and frugal.

But having a single-minded focus on a particular mission means that other aspects of the business don’t get the attention they deserve. This was the case with Motorola in the 1990s. The company concentrated on continuous improvement so much that it missed the broader shift from analog to digital in the cellular phone industry. Similarly, BP tried so hard to cut costs that it failed to heed the risks and complexities inherent in energy exploration and production. This was evident in BP’s inattention to fundamental risk mitigation, and in the language of its risk management plan for an oil spill in the Gulf of Mexico, which mentioned seals, walruses and sea otters — animals that don’t live in the Gulf.

After the spill, Hayward committed a series of public relations blunders that further tarnished BP’s image. YouTube is full of videos of his statement, “I’d like my life back,” which sounded selfish and tone-deaf. Then, while Gulf residents scrambled to clean the beaches and waters, he participated in a yacht race off the coast of England, confirming his aloof elitism.

These are not necessarily the idiosyncratic behaviors of an awkward former geologist (which Hayward is); they indicate a sense of entitlement that’s common among senior executives. Another example of the phenomenon was when Wall Street executives were expecting and demanding large bonuses while their financial firms were being bailed out by the Troubled Asset Relief Program. The hallmark of a sense of entitlement is an executive’s belief that he or she deserves all the rewards they get, regardless of the broader contextual, historic and economic conditions.

It’s natural to feel that as you become more successful, you’re entitled to more compensation and benefits. But sometimes, all that power goes to your head. In fact, psychologists have researched how people change when they are put in positions of power, and they’ve found that executives can become greedy, over-confident and even rude when they become CEO. Most of the time, these personality traits are hidden behind corporate walls, but every so often they burst into the public eye, as they did with Hayward’s actions, which made the front pages of newspapers all over the world.

The trouble with the “entitlement” problem is that there is some truth to the belief that high-powered executives deserve their rewards. However, there is a limit. No one begrudges a CEO doing what he wants in his spare time, but the incongruity between Hayward yachting while the Gulf turned black with oil was so egregious as to seem ridiculous and hurtful.

Some people might look at BP and think that it has an attitude problem: a carelessness about safety, and a snobbish disregard for the lives of real people. But in fact it has a behavior problem. When it implements effective safety measures and when the CEO displays compassion and common sense, the corporate attitude will follow suit.

Sydney Finkelstein is the Steven Roth Professor of Management at Tuck and author of several books, including Why Smart Executives Fail, Breakout Strategy, and Think Again.