Kate Jhaveri T'03 knows what you'll see next on the social-networking giant—because she helps create it.

Think exponential business growth, and odds are good that one of the first associative words to pop up will be "Facebook." 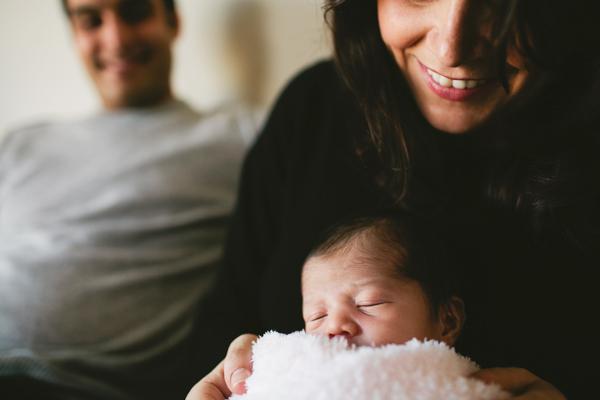 With 845 million users and counting, the social-networking site has grown by 70 percent each year since it launched in 2004. No small amount of that has been thanks to some very smart partnering—for starters, with online games like FarmVille and SimCity, which have users coming back not only to connect with friends but with their inner kid.

Finding and marketing those partnerships falls regularly to Kate Jhaveri T'03, who sits at the helm of the company's platform and mobile marketing efforts. "Over 200 million people play games on Facebook every month," she observes in her home, taking a break from tending to her newborn baby. "Those are some pretty astounding numbers." And it's not just games: Jhaveri was also instrumental in launching the latest iteration of Facebook (called Timeline, it allows users to chronicle events and relationships more efficiently) and in extending Facebook to new areas like music, movies, and fitness by connecting users with programs like Spotify—a music platform that lets users share songs they've been listening to by posting them on Facebook, so they can create and share playlists with friends and family.

Balancing both ends of that spectrum isn't easy, but Jhaveri comes with some seriously nimble skills. Some she learned at her previous job with Microsoft in London, where she handled consumer marketing in multiple European markets at once. Some she picked up in classes taught by Tuck communications professor Paul Argenti. "Learning to balance strategy with execution was huge in his classes, and it's something I deal with every day now."

Those issues and questions are multilayered, as are their answers. "How do you finish everything you need to get done without straying from the larger idea of what you mean to be doing?" Jhaveri asks. And in turn, she says she's adapted multiple frameworks from the MBA classroom to the Facebook agenda. "We have a mantra here," she says. "Done is better than perfect.' In balancing strategy and execution, a lot of times that makes perfect sense."

Then there are the go-to reflexes that originated during marketing professor Kevin Lane Keller's courses, which she has since honed. Finally, Jhaveri calls on her skills from associate professor Ella Bell's organizational behavior course. "Knowing organizational behavior has gotten me through so much," she says. "How do you get things done across a company like Microsoft, which has 90,000 employees, and then go to a company like Facebook—currently with 2,000 employees—without changing how you respond to things? Last year I went from having just one other person on my team to growing the team to seven this year. I need to make those people feel empowered and respected for their work, but what's the best way to do that? Those are skills that I call on during product meetings all the time."

Meanwhile, as if the momentum of Facebook weren't invigorating enough, Jhaveri also has the momentum of her family happening simultaneously—both no doubt amount to yet another juggling act. "It's an exciting time, no question," she says. "Facebook is at a very important moment, and I'm also in a very new place personally. So yes, it's an amazing time. She adds, "The next five years are going to be very interesting."