The 2014 Teaching Excellence Awards were given to Tuck professors Giovanni Gavetti and Chris Trimble.

The 2014 Teaching Excellence Awards, sponsored by a gift from the Class of 2011, were given to Tuck professors Giovanni Gavetti and Chris Trimble.

If you ask Samer Sayigh T’14 which Tuck course was his favorite, he will not hesitate with an answer: Innovation Execution, an elective taught by adjunct associate professor Chris Trimble. The course is about the hard work of creating something new without compromising the things a business already does well. “The course material is so ingrained in my memory,” Sayigh said. He then proved it by reciting and explaining the four catchphrases of an innovation-friendly business structure: performance engine; dedicated team; outside hires; and shared resources. “I remember it really well, and it’s definitely a credit to professor Trimble,” he said.

Sayigh was not alone in his admiration of Trimble. The Class of 2014 nominated Trimble to receive one of two Teaching Excellence awards, which are given each year to a teacher of a core course and a teacher of an elective course. The annual award was set up and sponsored by the Class of 2011 and is designed to “celebrate the learning environment at Tuck by honoring two faculty members each year who have made an outstanding contribution to the quality of the second-years’ educational experience.” In addition to nominating Trimble, the Class of 2014 spoke up for associate professor Giovanni Gavetti, who teaches the core course Competitive & Corporate Strategy. The 11-student selection committee confirmed these nominations and recently made the formal announcement. 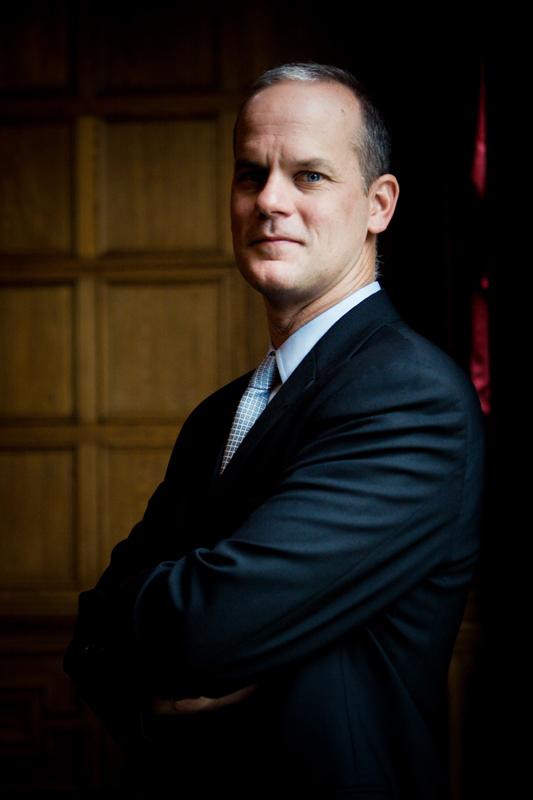 For Trimble (pictured at right), who has been teaching at Tuck for 15 years, the award came as a complete surprise. “I had never imagined it, but it felt great,” he said. Trimble’s approach to the course is best described as pragmatic: he identifies the short list of ideas he wants the students to remember for years, and then he communicates them over and over again, through stories and analogies. Trimble has honed his storytelling techniques through his longtime collaboration with Vijay Govindarajan, the Coxe Distinguished Professor of Management, on a series of popular books on innovation. Last year, for example, they released “How Stella Saved The Farm: A Tale About Making Innovation Happen,” a parable featuring sheep, horses, cows, and chickens who must innovate to keep their farm going. “It’s a story where people remember the key messages for a long time,” Trimble said.

Trimble also received kind words from his students about his preparation for each class, his thoughtfulness in case discussions, and his requests for feedback. Those comments reflect the tone Trimble works hard to set from the first day. “I try to create a classroom environment free of fear and competitiveness, where people are comfortable sharing their half-baked ideas and seeing how their classmates react,” he said.

Giovanni Gavetti, who won the award for teaching in the core curriculum, felt a special sense of belonging when he heard he was selected. That’s because Gavetti started at Tuck at virtually the same time as the Class of 2014—during the summer of 2012. He had taught at Harvard Business School and Wharton, and he was unsure how he would fit in at Tuck. “You understand a place only when you enter the classroom,” he remarked. “So for me, that was an important test: do I really fit here? It’s been an overwhelmingly positive surprise.” 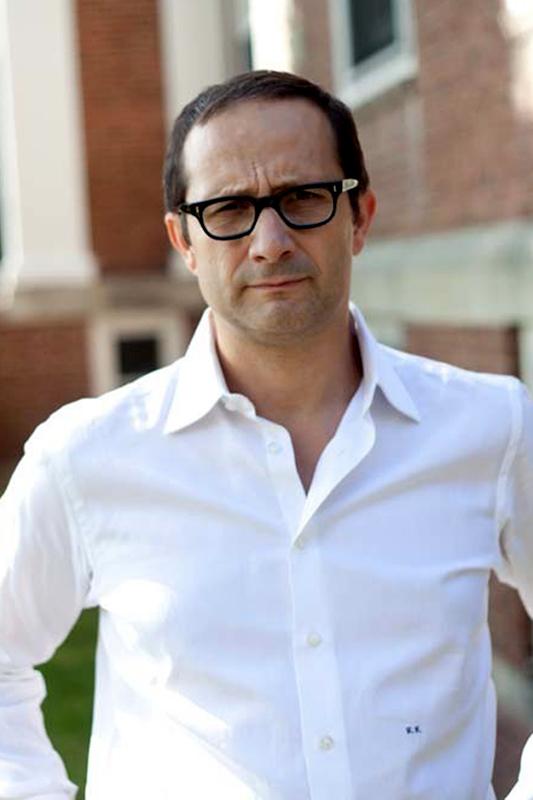 When Gavetti (pictured at left) was preparing to teach Competitive & Corporate Strategy, he asked a few members of the Tuck board of overseers—alumni who advise the school—what attributes they wanted his students to have. “We want people who have the right strategic mindset,” one of the overseers told him, “who can sit with me in a meeting and help conceptualize an idea.” So on the first day of class, he told his students that there’s a difference between an introductory course and a foundational course. An introductory course surfs across topics. A foundational course builds a mindset, a way of thinking about strategy. “This is a foundational course,” Gavetti told them. He carefully selected the key principles that should underlie the mindset of a skilled strategist, with the goal of having the students approach a strategic problem in a deeper way.

An important part of that process is using great care in choosing which cases to use, and how to present them. Here Gavetti did something a little unorthodox: he didn’t pick the most popular topics or newest issues, but the cases he considered timeless and significant. And then he asked his students if they wanted to help write and teach the cases the following year. In this year’s edition of the course, two of the cases were written by T’14s. Ultimately, Gavetti would like to have more than half of the cases used in Competitive & Corporate Strategy written by former students. “It’s a terrific learning experience for the students,” he said, “and I think it’s also fun to come up with a teaching plan together.”

In comments from the nominations, students praised Gavetti for his “exceptional control of the classroom and case method, resulting in thought-provoking discussion, engaged students, and right insights.” But Gavetti put the compliment back on them. “I had control and we achieved powerful insights because I had great students to work with,” he said. “They were really an amazing group.”