Getting By With a Disrupted Supply

Associate professor Brian Tomlin says the earthquake and tsunami in Japan have reminded automakers about the vulnerability of supply chains.

There is never a good time for a natural disaster. On top of the devastating human toll, the Japanese earthquake and tsunami in March came at a particularly inopportune moment for the auto industry. Just as gasoline prices were hitting their highest point in three years, many major automakers were unable to produce the smaller, more fuel-efficient cars consumers demanded. 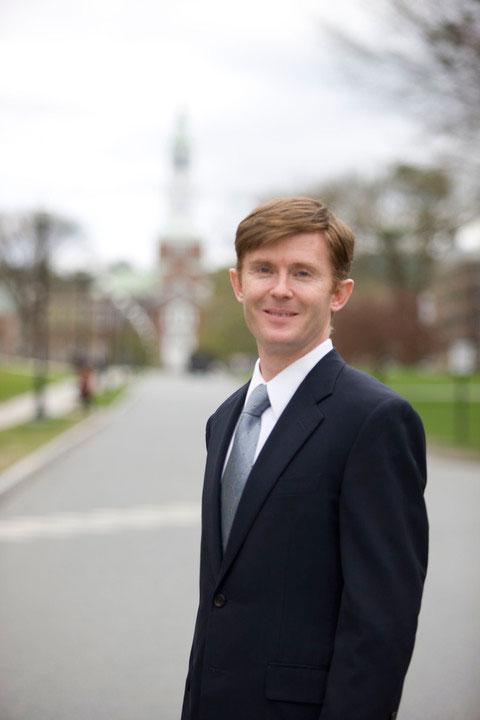 The problem was that some of the most important components of these cars—some 150 for Toyota—came from the very region hit hardest by the tsunami. Even General Motors, Ford, and Chrysler were sent scrambling for contingency plans, proving that in this globalized economy many businesses are tied together in a startlingly complex and vulnerable supply chain.

While the American manufacturers have mostly recovered from the disruption, analysts don’t expect Honda and Toyota to resume normal production levels until November or December, which has the potential to reshuffle the closely fought hierarchy in the industry.

To a certain degree, says associate professor of business administration Brian Tomlin, some difficulties arising from the tsunami were inevitable—no company is immune from a supply shock of this magnitude. But on the other hand, according to research Tomlin has done recently on managing disruption risk, this drawn-out hiccup in production offers a few lessons for posterity.

For starters, Tomlin points out a conclusion we should not take away from this episode: that the setbacks automakers are experiencing in the supply chain are a rebuke of “just-in-time-production,” that method of manufacturing developed largely by Toyota after the Second World War and exemplified by greater efficiencies in production and reduced inventories. Critics may claim that keeping a low inventory renders firms more susceptible to unforeseeable interruptions, “but the notion that you could have enough inventory to completely insulate yourself from a large scale regional disruption that affects very important production infrastructure is just not reasonable to imagine,” Tomlin asserts. In other words, the benefits just-in-time affords—in freed-up cash from low inventory—vastly outweigh its weaknesses.

In Tomlin’s estimation, companies pursuing a lean strategy would be wise to follow a few basic rules. An easy way to see these rules in action is through General Motors’ quick response in the weeks following the tsunami.

Despite being based in the United States, G.M. spends about two percent of its parts buying budget in Japan, and stood to fall behind by 75,000 vehicles if just one of the potential supply problems became a reality. Faced with that grim prospect, its immediate actions exemplified Tomlin’s first rule of managing a large disruption: Act fast. Four days after the earthquake, GM set up “crisis rooms” at its Vehicle Engineering Center in Warren, Mi., and tracked the condition of each supplier affected by the disaster. The team of hundreds of employees identified 118 products at risk, 33 of which weren’t discovered for a few weeks, since they were connected to sub-suppliers that GM rarely dealt with directly. Then, when necessary, it found alternative suppliers to make up the parts shortage, or helped the supplier get what it needed to operate.

There’s a need for speed immediately following a disruptive event, Tomlin says, because other firms will be hunting for replacement capacity too, and the situation can quickly turn into a competition for scarce capacity. One way to ensure a fast response is to keep a list of alternative production facilities for each critical part, so when a disruption occurs a company can move swiftly to the next step of negotiating with the backup suppliers. “Having preexisting relationships with these suppliers, and/or deep pockets,” Tomlin advises, “helps you get access to whatever limited capacity they have.”

Tomlin’s second rule: Be flexible. Finding spare capacity is much easier if your plants and suppliers can make more than one component, or if your product can be made using different components. But manufacturers sometimes demand highly specialized parts, and when the supplier of such a part becomes compromised, it tests a firm’s ability to maintain output.

Auto companies are facing this challenge with microcontrollers, says Tomlin, because they are specialized for each model and the Renesas Electronics plant in the tsunami-affected part of Japan made 40 percent of the world’s supply. GM ran into another example of this problem in mid-March, when it was no longer clear that Hitachi could continue to provide its mass airflow sensors. In response, GM shut down a plant in Shreveport, La., that makes small pickup trucks (there was low demand for the vehicles) and redistributed the 2,200 sensors from the factory to other plants making more popular automobiles.

To prepare for shocks to a delicate system, Tomlin says companies need to identify where they have flexibility and where they don’t. Apart from GM’s flexibility in diverting parts from one plant to another, manufacturers can also try to find substitute parts from the same supplier, or find a new supplier. But “if there’s nothing a company can do about a certain part,” he says, “they might want to consider holding a strategic amount of inventory for that part.”

Although many auto manufacturers have significant production infrastructure in the countries they initially served, most have added final assembly facilities in different parts of the world. This brings up Tomlin’s third rule of managing supply disruptions: Don’t count on a globalized final assembly system to protect against regional disruptions. Since products are comprised of parts sourced from multiple countries, the final assembly plant is just another link in the supply chain, and “if a final plant can’t get parts,” Tomlin says, “it’s going to be starved and shut down.”

In addition to the operational strategies companies can implement in the event of a supply disruption, they can also put financial safety nets in place. The most important of these, particularly for larger manufacturers, is business interruption insurance, which is designed to reimburse lost net income and standing charges when a facility can’t operate due to damage from an insurable event. This can be a comfort to manufacturers in times of crisis, but Tomlin warns that it does nothing for a company’s customers: they still need products, and if they can’t get them from the usual producers, they might go somewhere else. “It’s necessary but not sufficient,” Tomlin says, so “you want the operational strategies to minimize the financial impact and the customer impact of a disruption.”