U.S. consumer prices rose by 7.0% last year, the most since 1982, thanks to surging aggregate demand amidst stumbling aggregate supply. All eyes have turned to the Fed to cool demand. But monetary policy has always worked with long and variable lags, and the unprecedented complexity of today’s needed tightening makes the Fed’s challenge even more daunting.

So what else might policymakers do? Harness globalization through three immediate steps, each of which will boost the supply capacity of the U.S. economy.

First, halt the U.S.-China trade war by ending U.S. tariffs on Chinese imports. Research has shown that the cost of this war has been borne mainly by U.S. businesses and households via fewer imports and thus higher prices. Eliminating these tariffs would reverse these costs and would thereby help restrain prices of many key intermediate inputs—steel, aluminum, semiconductors—and of many consumer goods, like apparel, appliances, and electronics. Snarled global supply chains would loosen somewhat from eliminating the self-imposed kinks of this futile war.

Want to go bigger? Declare a complete tariff holiday for 2022. In fiscal 2021, U.S. Customs and Border Protection collected $93.7 billion in total import taxes, duties, and fees. Eliminating all these tariffs would further boost America’s supply of intermediate inputs and consumer goods and thus would further restrain a range of U.S. prices. This tariff holiday would most help lower-income families. Research has long shown the regressivity of U.S. tariffs. Indeed, one pre-trade war study estimated that the overall cost of U.S. tariffs as a share of after-tax income is about 1.6% for the 10% lowest-income U.S. households—over five times the cost borne by the richest households.

Eliminating these tariffs would reverse these costs and would thereby help restrain prices of many key intermediate inputs—steel, aluminum, semiconductors—and of many consumer goods, like apparel, appliances, and electronics.

The second and third steps of harnessing globalization would expand U.S. labor supply through expanded immigration—and thereby eliminate the recent unprecedented excess demand for labor. In November there were 10.6 million job openings in America: an astonishing 3.8 million, or 56%, more than the 6.8 million total Americans who were unemployed that month. Step two would be to expand the quantity of new H-2B visas available; step three would do the same for H-1B visas.

The H-2B program authorizes the temporary employment of nonagricultural foreign workers by a U.S. employer for up to nine months. In recent years, common occupations for H-2B workers have included restaurant workers, meat processors, and construction laborers. These are precisely the occupations for which companies are desperate to hire. The November job-openings rate in accommodation and food services was 8.9%, well above the economy-wide rate of 6.6%, and food processors and distributors nationwide are reporting cuts in output because of the scarcity of workers.

Yet Congress has set an annual limit of just 66,000 H-2B visas per fiscal year. In fiscal 2021, this cap was supplemented by an additional 22,000 visas for U.S. employers who attested that there were “no U.S. workers who are willing, qualified, and able” to perform seasonal agricultural work. But this supplement was not even 0.6% of America’s current excess labor demand. A much higher cap—or even no cap—should be authorized for 2022.

In November there were 10.6 million job openings in America: an astonishing 3.8 million, or 56%, more than the 6.8 million total Americans who were unemployed that month.

An H-1B visa allows a company to create a new job for a highly educated foreigner in the United States for three to six years. The H-1B program, which accounts for how most of America’s skilled immigrants first enter the country, imposes an annual private-sector cap of 85,000 new visas: 65,000 for those with at least a bachelor’s degree and 20,000 for those with at least a master’s degree. For decades, demand for H-1B visas has far exceeded supply. For fiscal 2022, 308,613 H-1B applications had already been filed by the time the government closed the window—and then allocated the new visas via random lottery.

This too-low cap on H-1B visas not only constrains America’s labor supply; it also constrains the nation’s productivity growth as well. High-skilled immigrants boost U.S. innovation in several ways: they generate more patentable ideas and technologies than do native-born workers; they are more likely to found companies; and high-innovation companies that hire more skilled immigrants tend to hire more native-born workers as well. Thus should the H-1B visa cap be dramatically expanded—or even eliminated. Last academic year, 914,095 international students were enrolled at American colleges and universities. This spring, why not give every one of these students who graduates the gift of a new H-1B visa?

America’s inflation problem ultimately harms workers and families. Inflation-adjusted average weekly earnings for all U.S. workers fell by 2.3% in 2021. We need to whip inflation with all available means. More global engagement can help—if policymakers let it. 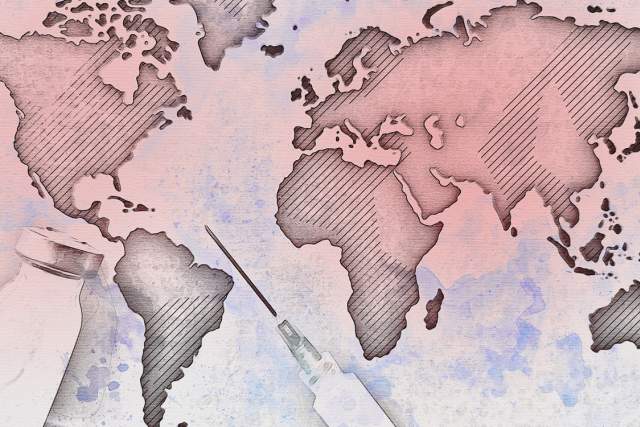 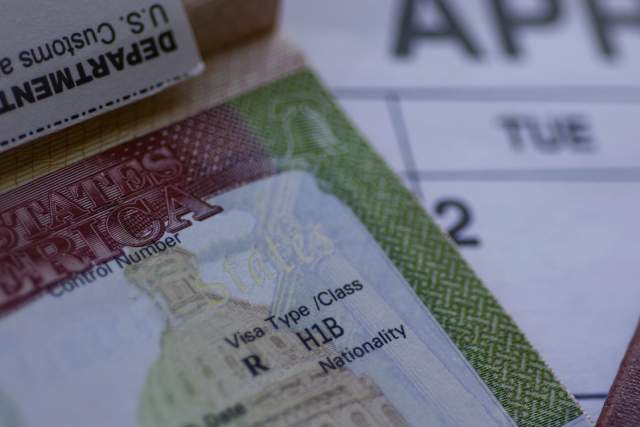