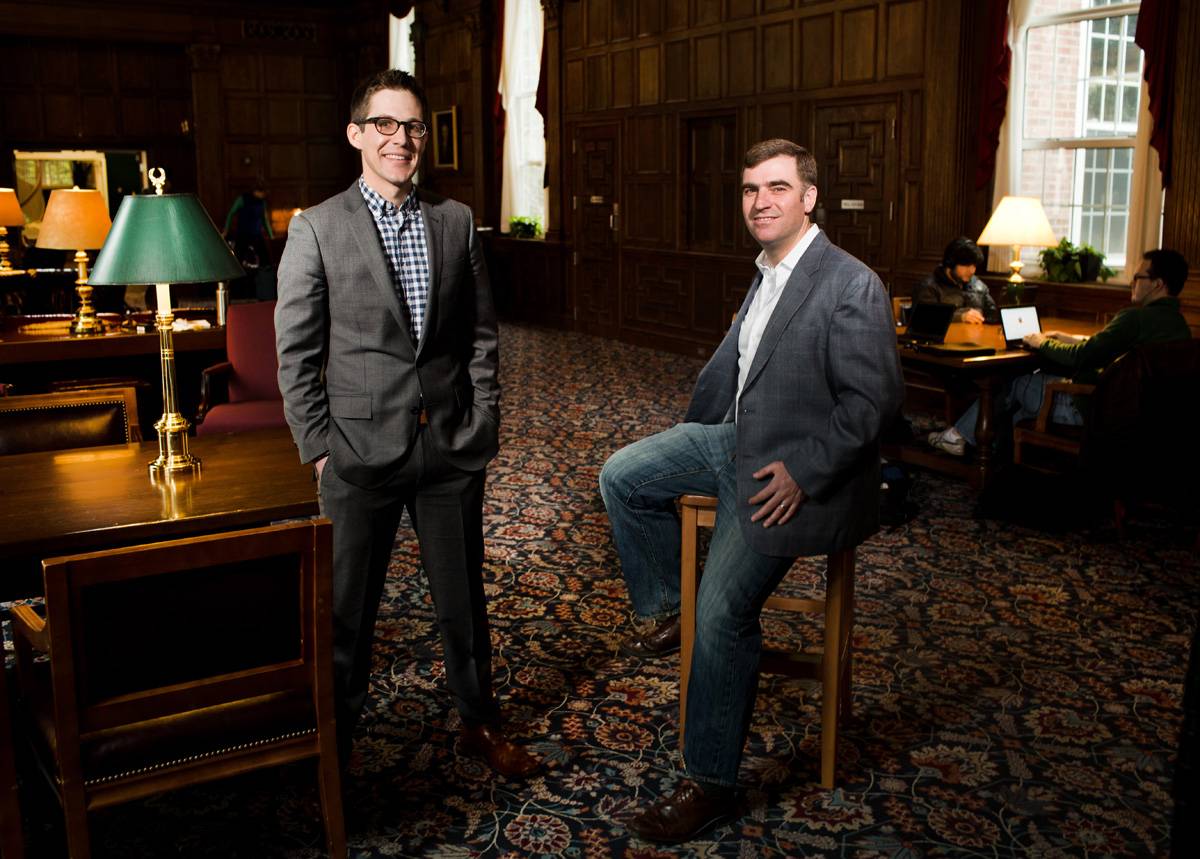 Social scientists have long known that, statistically speaking, our friends are more popular than we are. It’s a simple matter of math: Because popular people have more friends, they are disproportionately represented in social networks—which guarantees that, on average, our friends have more friends than we do.

New research by Tuck assistant professor Daniel Feiler and associate professor Adam Kleinbaum extends the friendship paradox with a study of personality, documenting a “network extraversion bias” within the emerging social networks of a new class of MBA students at Tuck. Not only did the researchers show that extraverts are over-represented in real-world networks, they found that the effect is more pronounced in the networks of socially outgoing people. In other words, extraverted people are not immune from the friendship paradox—they experience it more intensely than others.

“If you’re more extraverted, you may really have a skewed view of how extraverted other people are in general,” Feiler says. “If you’re very introverted you might actually have a pretty accurate idea.” Feiler and Kleinbaum reached this result by studying the interaction of two key factors in the formation of social networks: first, extraversion causes us to be more social and have more friends; second, we are more likely to become friends with people who are of a similar level of extraversion to ourselves.

The findings suggest there is likely a societal bias toward believing others are more extraverted than they actually are, and that introverts may be better socially calibrated than extraverts. “There’s a fundamental assumption in psychology that inferences about social norms are based on the people we interact with. And if that’s the case, then we need to consider when our social network is a biased sample and how that affects our social beliefs,” Feiler says.

Kleinbaum specializes in the study of social networks, and Feiler is a behavioral scientist interested in the ways that biased samples can affect decision-making. “We saw this opportunity to ask an interesting question, and use network science tools to speak to psychology,” Feiler says. Their paper, “Popularity, Similarity, and the Network Extraversion Bias,” will appear in a forthcoming issue of the journal, Psychological Science. “Earlier research examined how relationships and networks form, but ours is the first study we know of that links the fundamental processes of network formation to systematic biases in network structure,” Kleinbaum adds.

Feiler and Kleinbaum based their research on the emerging social networks of 284 new MBA students arriving on the Tuck campus in the fall of 2012. Each student was surveyed twice, once at five weeks after orientation, and again at 11 weeks. Students were given a class roster and asked to indicate the people with whom they socialize. Following the second survey, the students took the Big Five Inventory, a well-established test designed to evaluate personality traits, including extraversion. The results of these surveys were used both for the research and to give students detailed feedback about their leadership and networking styles as part of their coursework.

For the most part, the data showed what Feiler and Kleinbaum expected—that network extraversion bias exists, and it is more pronounced in the networks of extraverts. The degree of bias came as something of a surprise. All else being equal, a one standard deviation increase in a person’s extraversion increases his network’s extraversion bias by 42 percent. “The skew gets really extreme the more extraverted you are,” Feiler says.

According to Feiler and Kleinbaum’s research, only the most introverted people—just 1 percent of the population—can be expected to have networks that are representative of the population in terms of extraversion.

The rest of us view our social world through a distorted lens—a kind of carnival mirror that could create the impression that others are more social than we are. This could have profound effects on our job performance, relationships, and self-esteem. Having biased social perceptions could also hurt leaders or product developers.

“There’s a human tendency to wonder, ‘Am I normal?’” Feiler says. “And our research suggests that you’re probably more normal than you think.”