Peter Fisher, Senior Director of the BlackRock Investment Institute and a former top Treasury Department official, will join Dartmouth’s Tuck School of Business as a senior fellow at its Center for Global Business and Government. 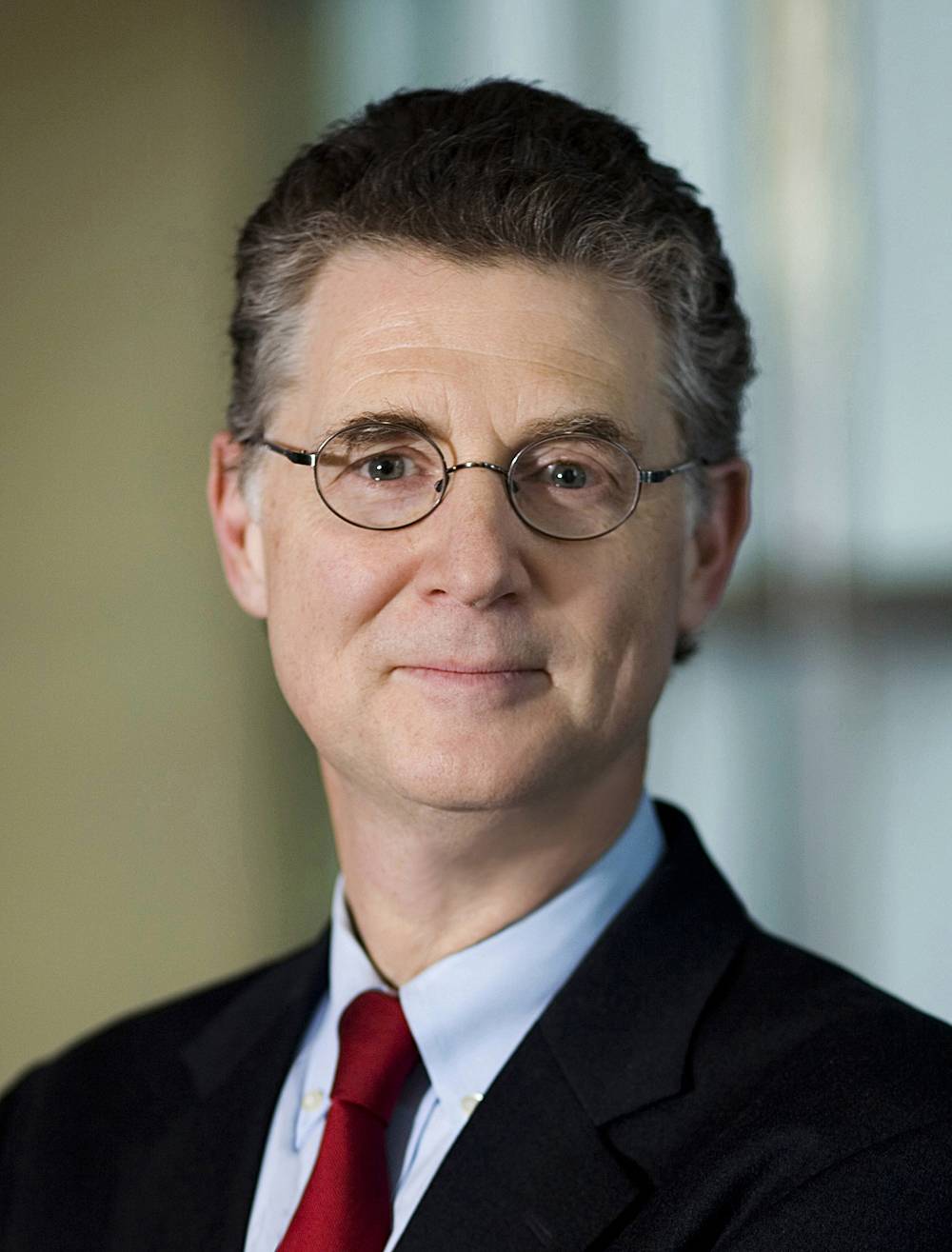 Peter Fisher, Senior Director of the BlackRock Investment Institute and a former top Treasury Department official, will join Dartmouth’s Tuck School of Business as a senior fellow at its Center for Global Business and Government. Fisher will assume the position on July 1, 2013, while continuing his work with BlackRock.

“Peter Fisher is an outstanding addition to the Center for Global Business and Government,” said Matthew J. Slaughter, faculty director of the center and the associate dean of faculty at Tuck. “He has had a brilliant career and brings a wealth of real world experience about how both investors and government policy makers think about complex economic issues. Peter’s presence will give Tuck students access to someone with experience at the highest levels of both private asset management and government economic policy.”

At Tuck, Fisher’s duties will include working with the center to further develop and enrich Tuck’s connections to expert practitioners in the private and public sectors, as well as overseeing research and analysis projects conducted with master’s in business administration students on subjects at the intersection of business and government. His appointment at the center will further expand opportunities for Tuck MBA students and alumni interested in areas such as financial markets, public finance, and monetary policy.

As a Senior Director of the BlackRock Investment Institute, Fisher helps to leverage the firm’s expertise across asset classes, client groups and regions to produce information that makes BlackRock’s portfolio managers better investors and helps deliver positive investment results for clients. Prior to assuming this role in February, he led BlackRock’s Fixed Income business managing a 450-person team overseeing portfolios with more than $1.3 trillion under management.  Fisher joined BlackRock in 2004, and from 2005 to 2007 served as Chairman of BlackRock Asia.

“I am excited to join the Tuck School and to be able to contribute to the business and policy analysis coming from its Center for Global Business and Government while continuing to be engaged with the investment challenges facing BlackRock portfolio managers and our clients,” said Fisher. “I’m eager to share what I’ve learned in government and at BlackRock and to work with Tuck’s dynamic students and world-class faculty. “

From 2001 to 2003, Fisher served as the Treasury Department’s undersecretary for domestic finance, with responsibility for public debt management, federal lending, and capital markets. During this time he also served on the board of the Securities Investor Protection Corporation, as a member of the Air Transportation Stabilization Board, and as the Treasury representative to the Pension Benefit Guaranty Corporation.

Previously, Fisher spent 16 years at the Federal Reserve Bank of New York. He ended his tenure there as an executive vice president and manager of the System Open Market Account, responsible for the conduct of domestic and foreign monetary operation.  He serves on the Board of Directors of Peterson Institute for International Economics and on advisory committees of the Agence France Trésor, the International Monetary Fund, and the Federal Deposit Insurance Corp.  From 2007 to 2013 Fisher served as a non-executive director of the Financial Services Authority of the United Kingdom.    He holds a bachelor’s degree in history from Harvard College and a law degree from Harvard Law School.