In November 2011, Richard Smith T’11 plans to spend some 70 days on the world’s most inhospitable continent, pulling a 100-pound sled 600 miles by ski from the west side of the Foundation Ice Stream to the South Pole. It’s all part of an expedition called Polar Vision.

Antarctica is not exactly a common summer vacation destination. In austral summer, the South Pole’s temperatures hover around minus 16° Fahrenheit and the possibility of gale-force winds and will-weakening storms is ever-present. 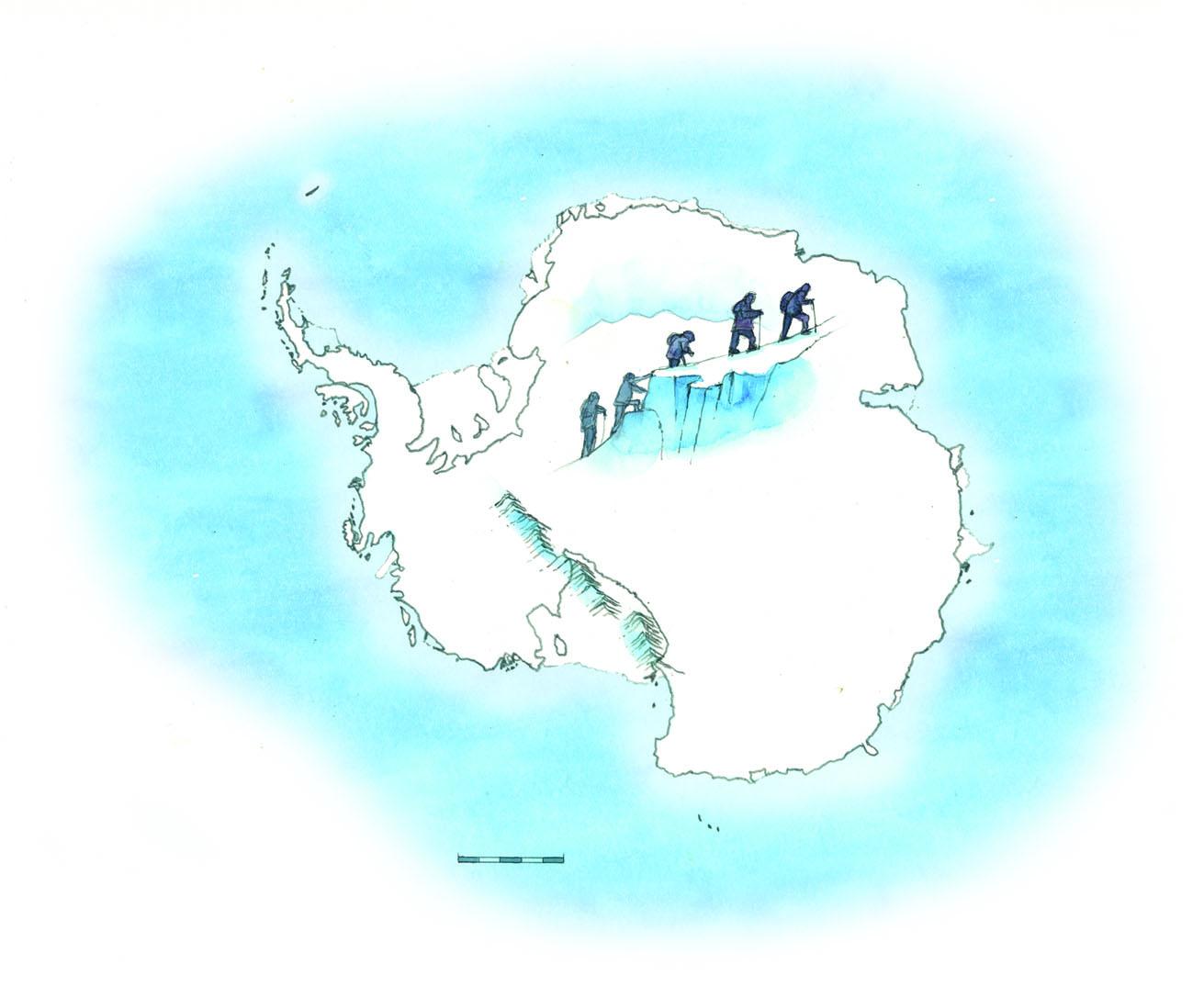 Nonetheless, in November 2011, Richard Smith T’11, plans to spend some 70 days on the world’s most inhospitable continent, pulling a 100-pound sled 600 miles by ski from the west side of the Foundation Ice Stream to the South Pole. It’s all part of an expedition called Polar Vision he and his friend Alan Lock, a fellow U.K. citizen and a student at the Haas School of Business, are planning with three friends: IMD MBA graduate Garrick Hileman, Haas student Andrew Jensen, and Andrew Cooney, a former British Army captain who, at 23, became the youngest person ever to walk to the South Pole.

Alan Lock is incurably blind, and the expedition’s goals are to increase awareness of blindness and raise $700,000 for two charities: Sightsavers International, which works to end preventable blindness in the developing world, and Guide Dogs for the Blind, which distributes seeing eye dogs in the United States.

Lock’s macular degeneration forced an early end to his career as a British Royal Navy officer, but it hasn’t stopped him from running the grueling multiday Marathon des Sables in Morocco or establishing a Guinness world record as the first visually impaired person to row across the Atlantic Ocean. Through his adventures, he aims to show other blind people what is possible.

“I always found his stories so inspiring,” says Smith. “So when he mentioned to me over lunch in a café back in London that he was considering pulling together a team for an expedition to Antarctica, I didn’t hesitate.” Smith’s experience at Tuck has helped him prepare for the expedition in many ways. “So far, Polar Vision has been like running our own business,” he says. “Aside from all the networking, we have been preparing budgets, developing marketing strategies, and negotiating with sponsors.”

Hanover has also proven to be an appropriate training ground. Smith rises before dawn to run on bone-chilling winter mornings for “mental preparation.” He chairs the Tuck Triathlon Club, raced in the Ironman 70.3 event at Lake Winnipesauke in August, and plans to race in a full Ironman this academic year.

“There is also Antarctic-specific training that we will be doing, such as going for a run or walk while pulling a tractor tire behind you to simulate the effort of pulling a sled,” says Smith. “I expect to get some funny looks while doing that around the Dartmouth Green this winter.”