It is no longer clear that users of Facebook benefit as they once thought they did—could there be a better way? Dean Matthew Slaughter and economist Matthew Rees weigh in. 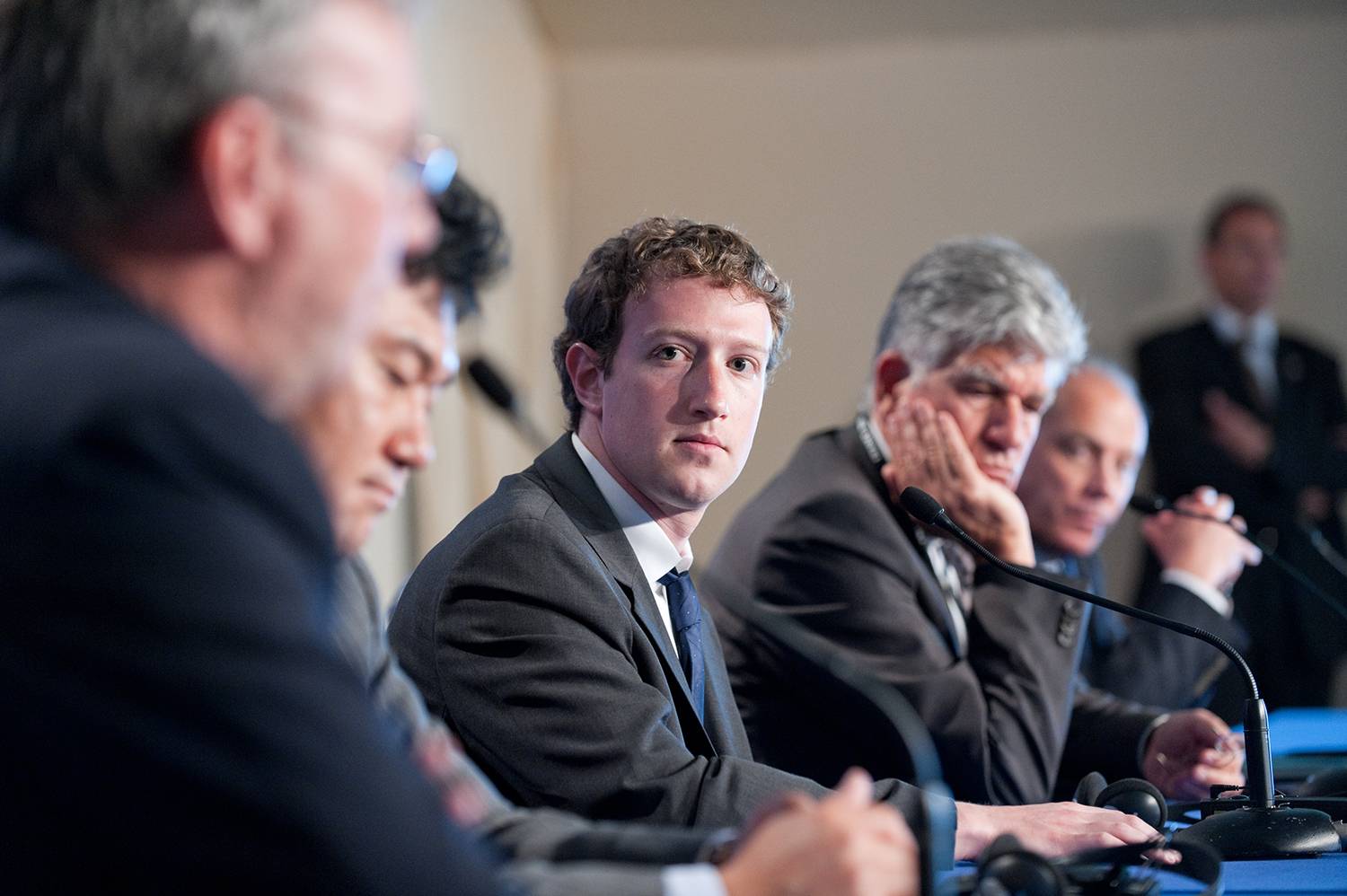 It might be time for Facebook, having disrupted much of the media and advertising industries, to disrupt itself. iStock:FLDphoto

How can a company provide a “free” service to more than two billion people but generate more than $40 billion in revenue and $16 billion in profit?

This is one of the many thorny questions being asked of Facebook amid the fallout from disclosures that up to 87 million of its users had their personal data harvested for political purposes during the 2016 U.S. presidential campaign. This episode has called into question not just Facebook’s privacy protections but, more fundamentally, its entire business model.

Here is how Facebook founder and CEO Mark Zuckerberg described that model in a recent interview: “If you want to build a service that helps connect everyone in the world, then there are a lot of people who can’t afford to pay. And therefore . . . having an advertising-supported model is the only rational model that can support building this service to reach people.” Indeed, Facebook’s business model has always been quite simple. From its user base, Facebook collects an array of data, data that in turn it shares with entities that wish to publish ads targeted at certain segments of the Facebook user base. Those entities then pay Facebook, with the rates dictated by a wide array of factors, such as the number and profile of the people being reached.

Its most-recent financials show that this business model has generated immense growth in revenues and profits. Global revenue per user has more than quadrupled since 2011, rising from $5 to $20.21. In the fourth quarter of 2017, Facebook generated about $13.0 billion in revenue, of which about $12.8 billion came from advertising (with the other $193 million from “payments and other fees”). Its fourth-quarter income from operations was nearly $7.4 billion, a striking operating margin of 57 percent. Subtract Q4 capital purchases of property and equipment of $2 billion, and the company generated free cash flow that quarter of about $5.4 billion. For all of 2017, Facebook earned $15.9 billion in net income from its $40.7 billion in revenue. Little surprise, then, that even with the roughly 15 percent decline in Facebook’s stock price in the past several weeks the company still has a market capitalization of about $457 billion.

The critics of this business model are today many and vocal. The Economist has derided it for melding “a ruthless pursuit of profit with a Panglossian and narcissistic belief in its own virtue.” Even those whom Facebook greatly enriched have found fault. Billionaire WhatsApp co-founder Brian Acton, who along with Jan Koum sold their company to Facebook in 2014 for $19 billion, two weeks ago posted on Twitter, “It is time. #deletefacebook.”

Are these critics warranted? Set aside the very important issues confronting Facebook, ranging from the integrity of national elections to concerns about the health and well-being of young users. These issues are immensely important for the civic health of the United States and other countries, as many observers have cogently argued—including Tuck graduate and early Facebook investor Roger McNamee. Focus here on the sustainability of its business model. It is no longer clear that users of Facebook benefit as they once thought they did, as the Cambridge Analytica snafu has highlighted. Could there be a better way?

It might be high time for Facebook, having disrupted much of the media and advertising industries, to explore how to disrupt itself before others—in particular, grumpy regulators—decide to do the disrupting. In particular, the company might reconsider two important zeros in its income statement: the zero price it charges users for its various services, and the zero price it pays users for accessing their data.

First, rather than charging its users nothing and then leveraging their data for ad sales, Facebook could charge its users a monthly or annual subscription fee. In exchange for the fee, subscribers could still get all (or nearly all) of the same services that have made Facebook wildly popular—but they wouldn’t be barraged with ads and their data would remain private. What to charge? In the United States and Canada, Facebook generated $82.44 of advertising revenue per user last year, according to McNamee. Charging about that much for an annual subscription—roughly on par with the price of a Netflix subscription—seems entirely reasonable.

A second option would be to maintain the advertising structure, but in exchange Facebook would pay its users for the personal data they provide. One company, called Datacoup, has tried to make a go of this. Its users agree to share their anonymized, de-identified data from a range of sources—bank accounts, social media profiles, etc.—and then Datacoup builds a profile that data purchasers can see and then decide whether to buy. Every individual has a different data profile, and the value of that profile will be driven by the basics of supply and demand. As Datacoup points out, “the price for your data is the sum of all your active attributes. We anticipate these values to fluctuate and increase as the marketplace grows and matures.” While Datacoup remains small compared with Facebook, we suspect the market is going to grow, considerably, for companies that employ stricter data safeguards and reward their users for the data they are willing to share.

Can Facebook tack against the shifting winds of regulators, advertisers, and users? Wall Street is currently projecting that the company’s ad revenue will rise 37 percent this year, to $55 billion. This financial growth could provide the internal resources needed to drive change—or it could dull the sense of urgency for change. Then again, the company saw a modest decline in its U.S. and Canadian active user base in the fourth quarter (the first in the company’s history)—all before the current scrutiny exploded.

Public scrutiny of Facebook is running high and is likely to escalate with the company’s admission last week that “most people on Facebook could have had their public profile scraped” by external actors. This week, CEO Mark Zuckerberg is scheduled to testify before Congress: Tuesday at 2:15 p.m. before the Senate Judiciary and Commerce Committees, and Wednesday at 10:00 a.m. before the House Energy and Commerce Committee. The glare of these hearing-room spotlights might be a further spur to Facebook changing its business model.

Perhaps the biggest spur will be the ceaseless forces of creative destruction. More than 2.1 billion monthly active users of Facebook last quarter might seem like an unassailable competitive position. But remember Myspace? It, too, once held such a position. Go back just a bit more than a decade, and Myspace was the world’s leading social-networking platform. In early 2005, Myspace held talks with Mark Zuckerberg to acquire Facebook, but it rejected the suggested purchase price of $75 million as too high. Purchased by News Corporation for $580 million in mid-2005, one year later Myspace created its 100 millionth account and two years later it was valued at $12 billion. But in April 2008, Facebook overtook Myspace in Alexa rankings, and we all know what happened since.

Myspace still exists. Indeed, it has a link at which you can “Sign in with your Facebook account to find friends who are already on Myspace.” Given the troubles that have lately befallen Facebook, no doubt somewhere some talented young minds are plotting its demise. Time for a comeback for Myspace? 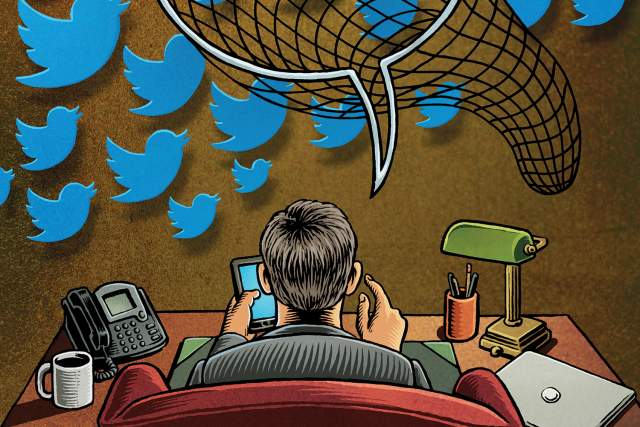 When to Say Something 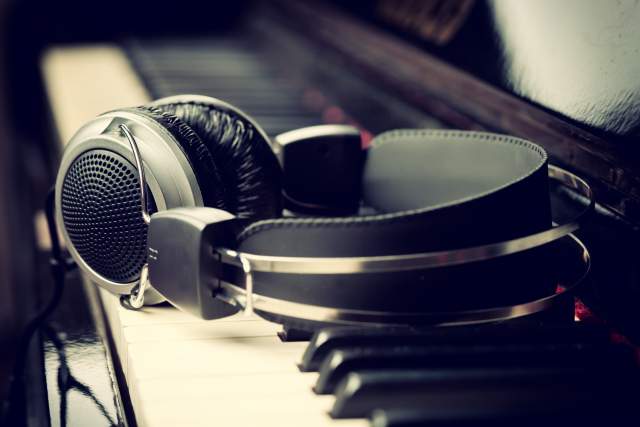 New technologies invariably produce winners and losers, but the music industry in particular has been pummeled.