The CEO’s Speech: The Importance of Public Speaking

If you want to be a leader, you had better be able to communicate, says corporate communication professor Paul Argenti. 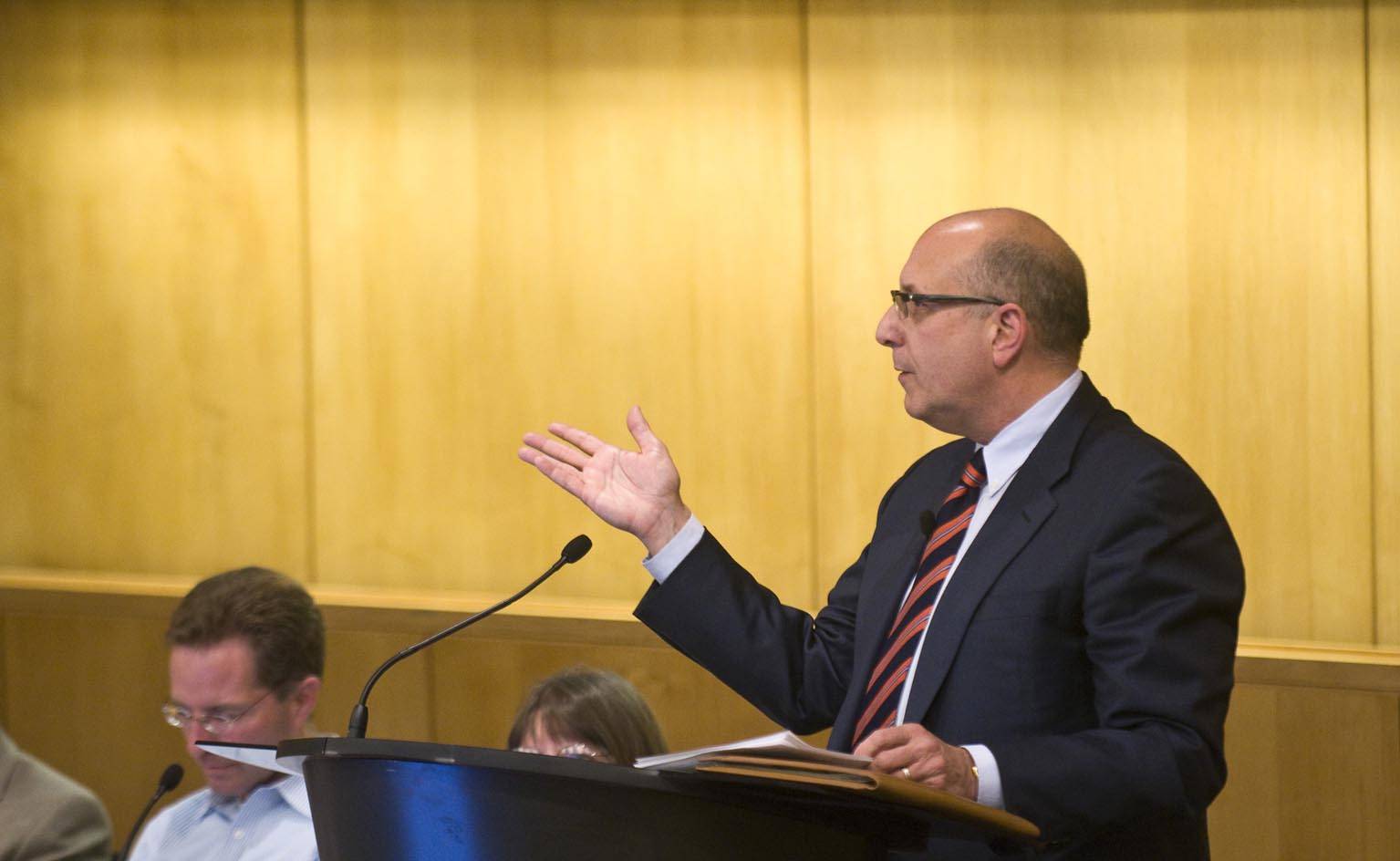 If you want to be a leader, you had better be able to communicate, says corporate communication professor Paul Argenti.

If there’s one thing audiences should take away from The King’s Speech, the Oscar-winning account of King George VI’s struggle to overcome a debilitating stammer, it’s that if you want to be a leader, you had better be able to communicate.

Tuck corporate communication professor Paul Argenti understands this well. In the MBA classroom, in executive education programs, and as a consultant to corporations and non-profit organizations, Argenti provides students and professionals with communication skills and strategies that are essential to success. Tuck has been doing this in one form or another since it was founded in 1900—the first class of four men had to take a course in rhetoric.

Argenti says there are three elements in every great speech: content, structure, and delivery. “And if you could only have one thing,” he notes, “delivery would be it.” What makes a good delivery? Just think of the qualities you look for in a person: authenticity, empathy, passion, and the ability to lock eyes with people in the audience, making them feel like they are the only ones in the room.

If that sounds easy, you have to remember that nobody just rattles off an excellent speech: smoothness comes from polishing, and then polishing some more. Argenti puts three to four hours of preparation into his course lectures, dissecting each point and thinking about how he will present it, what examples he’ll use, and what he will say. “Doing your homework is absolutely critical,” he asserts.

The King’s Speech reminds us that doing your homework includes honing your oratorical chops. “It’s not like you’re born with this gift and only some people have it,” Argenti says. “Anybody can do it.” The noted Greek orator Demosthenes was born with a speech impediment, so he practiced speaking with pebbles in his mouth, and he would enunciate drafts of his speeches while running, or go to the ocean and make his voice rise above the sound of the surf. Jack Welch, the former CEO of General Electric, wasn’t a great communicator from the start, “but he cared about people so much and was so passionate and dynamic,” says Argenti, “that he was able to overcome.”

Other examples of standout communicators?

Bill Clinton: Argenti met him when Clinton received an honorary degree from Dartmouth College in 1995. “He just locked on to me and made me feel like the most special person on the planet.”

Ronald Reagan: “Off the charts on charisma. He wasn’t a rocket scientist, but he could speak.”

Warren Buffett: “Just amazing. Totally authentic. Totally natural. Speaks in plain language, cares about people. When he talked to me about communications he was the richest guy in the world, but it was like he was my best friend.”

Clearly, they are or were part of large teams. Behind the curtain are legions of speechwriters and support staff. For this group to make the leader look his or her best, Argenti says, they have to get the speaker to own the information being presented. “The communicator has to be the auteur,” he says. This requires the ability to write in the leader’s voice and give honest feedback. About the worst thing you can do is always say, “You’re great.”

In the final scene of The King’s Speech, King George VI delivers the most important speech of his life to his constituents: in a small radio studio, he smoothly broadcasts that England has declared war on Germany, and dark days are ahead. Afterward, he joins his family on the balcony of the palace to the roar of applause from the public. The country is descending into the hell of war, but the people are comforted by their king’s steady voice.

“The ability for a leader to move people through communications cannot be underestimated,” Argenti offers. “I don’t think there’s anything more important.”