The Pros and Cons of Groupon

Groupon made its debut on the Nasdaq on November 4 with a market value of almost $13 billion. Here's what Eric Johnson and Scott Neslin had to say about the daily-deal company back in July.

If there was ever a case for the business school textbooks, Groupon is it. Billed as one of the fastest growing companies of all time, Groupon, which harnesses group buying power through pre-paid online coupons for local goods and services, is not even four years old and is already being valued at upwards of $25 billion. This is true even though the company has racked up $522 million in losses during its short life and, according to its own initial public offering filed this month, expects its outlandish operating expenses to keep rising.

But Groupon has brilliantly leveraged social media to transform marketing for small businesses, which is why Tuck professors Scott Neslin and M. Eric Johnson have been giving the company’s meteoric rise a lot of thought. Neslin is the Albert Wesley Frey Professor of Marketing and specializes in promotions and database marketing; Johnson is the Benjamin Ames Kimball Professor of the Science of Administration and Director of the Center for Digital Strategies. Through their research and coursework they give students an interdisciplinary approach to marketing in the age of Twitter, Facebook, and the daily deal. They also have the experience to understand the heart of Groupon’s success and its potential Achilles’ heels.

Groupon is, in essence, a coupon creation and delivery system. Since its founding, the company has saved consumers in 41 countries more than $1.5 billion, and today delivers over 650 daily deals to its 83 million subscribers around the world. While those numbers are impressive for a young startup, what really sets Groupon apart from paper coupon distributors is its unique revenue model. Traditional distributors charge manufacturers and retailers directly for the coupon distribution costs—say, $5 per thousand coupons. Conversely, Groupon requires consumers to pay up front for a coupon, and charges their credit cards once enough people sign up for the deal. “What’s going on,” Neslin explains, “is the customer is essentially paying for the distribution.” The consumer’s payment is roughly split between the merchant and Groupon, thus removing a lot of the marketing risk and turning Groupon into an unprecedented cash generator.

For Neslin, Groupon’s business model is doubly genius because it taps into a powerful aspect of consumer behavior known as “transaction utility,” that comforting feeling that washes over you when you get a good deal. It’s the fundamental force that drives promotions, and while some research has connected transaction utility with various benefits such as saving money, or trading up to a better product, Neslin believes it goes deeper than that. “I think it has to do with your personality and feeling in control of your environment,” he says. “In our world today, we’re all small peons impacted by major economic forces. When we can exert a little control, especially against a corporation, I think there’s something very alluring about that.” 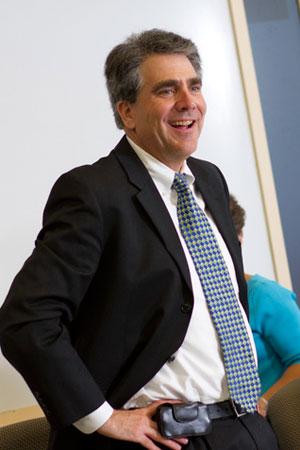 Groupon, of course, has brought transaction utility to consumers through the vehicle of Internet marketing, a sector that has evolved greatly since the mid-1990s yet is still searching for the bottom of the “conversion funnel.” That’s the technical term for the transformation of consumers from mere eyeballs to bona fide buyers. As Johnson explains, Internet marketing began with banner advertisements that were priced on a “cost-per-thousand impressions” basis, with impressions being page views by Internet users. Further down the funnel was “engagement,” which linked the advertisement to something the consumer was interested in. Then came the notion of “intent”—getting people to sign up for an email list, opening them up to further marketing contact. All of these strategies approach the ideal of a direct link between the advertisement and a purchase, but none of them gets there completely. Groupon does. It not only creates impressions, fuels engagement and stokes intent, Groupon actually causes consumers to buy something, natively employing social media infrastructure to do so. Most importantly of all, Groupon only gets paid if and when that purchase occurs. “For a local, small business that has a hard time gauging the value of advertising,” Johnson says, “this is nirvana.”

And Groupon is wise to court small businesses, since they generate over half of the non-farm gross domestic product in the United States. Plus, Google hasn’t figured out a way to effectively engage them. Groupon has zeroed-in on these businesses not just through its daily deals, but also with a suite of e-commerce services such as Groupon Stores—where merchants can create their own deals—and Groupon Now, a version of the daily deal for mobile users that can be targeted to specific times and locations. “So when people start getting excited about Groupon,” says Johnson, “they think, If Groupon can address that sector of the economy in a comprehensive way, that’s huge.”

Can Groupon Keep On?

For all the praise Neslin lavishes on Groupon, he’s equally skeptical that its flash deals will be more than a flash in the pan. His first concern is the psychologically distasteful process of paying up front for a coupon. He admits that people happily relinquish membership dues to stores like Costco, but only with the knowledge that this is a one-time sunk cost that will undoubtedly be earned back in savings. Groupon is different, since every time you want to save money, you have to reach for your credit card. That repeated action levies a mental tax. “Are consumers going to wake up one day and say, Why do I have to do this?” he asks. “Why do I have to pay $20 to get $50 off? Why not just give me $30 off?” 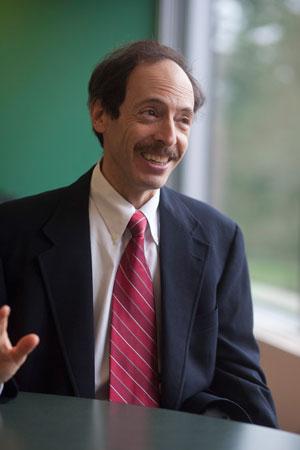 A related worry is the dreaded promotion pitfall of “wear-out.” At first, people are enamored with the novelty of a promotion, Neslin says, but eventually it becomes less cool. When and how wear-out will occur is tough to predict, he says. Supermarket coupons and automobile rebates, for example, have garnered less and less consumer participation over the years, while the promotion of free shipping seems never to get old—“it’s like this opiate of the masses,” says Neslin. Indeed, the wear-out might already be happening for Groupon: in 2009, it sold 69 deals per 100 subscribers; in the first quarter of 2011, it converted just 34.

But the most troubling thing about Groupon’s business model—the elephant in the room—is whether its promotions actually increase profits for small businesses. The goal with all promotions, and Groupon is no different, is to generate incremental sales—transactions that would not have taken place but for the existence of the coupon. In 1990, Neslin wrote one of the first published measurements of incremental sales from coupons, and he can attest that it is a very difficult calculation to do. That’s because it’s hard to know precisely why a consumer visits a business. There’s the possibility of an immediate incremental sale, when the customer uses the coupon to eat at the Grouponed restaurant that night, rather than another restaurant.

However, for many small businesses, the real pay-off has to come through subsequent incremental sales—repeat purchases. To further complicate things, Neslin throws in the principle of accelerated sales: you might think that new customer was spurred by the coupon, but perhaps she was going to visit anyway and the coupon just caused her to do it sooner. “The accountability of this to Groupon’s client—the retailer or service establishment—is a key issue,” he says. Since this is so tricky, merchants often form mistaken impressions based on unreliable cues, and that can either endear them to Groupon or turn them off to it. “So the number one thing I would do if I were Groupon,” says Neslin, “is come up with, either through field testing or pretty heavy duty statistical analysis, some success stories to convince retailers that this works.”

Looking ahead, Neslin is optimistic about at least one thing: Groupon’s recent announcement that it will use data mining to lure consumers with the types of deals they’ll most likely snap up. For instance, if Groupon knows that you’ve bought coupons for restaurants in the past, it knows not to send you deals on spa treatments or horseback riding. It can use these insights to predict more accurately how many people will buy the coupon, so that it sells neither too few, nor too many coupons for a particular client. And there’s a first-mover advantage to all this that Groupon can seize. “The new entrant doesn’t know what kind of coupon you want, nor how many will be bought in aggregate,” Neslin says, “whereas Groupon has a history and that puts them ahead.” This happens to go hand-in-hand with the merchant services Groupon is ramping up, since the more a retailer knows about its customers, the better it can cater to their desires.

For Johnson, the worries relate to Groupon’s ability to transcend the daily deals—the competition can easily drive Groupon’s revenue down—and become all things e-commerce to small businesses. “I worry a lot about execution,” he says. “Can they maintain a lead, as Amazon did, and build an ecosystem? Can they build out Groupon Stores and Groupon Now and create barriers to entry?”

With $25 billion on the line, the world will be watching closely.