The Science of Better Choices

Punam Anand Keller wants to help you make the right decision for your health.

Punam Anand Keller wants to help you make the right decision for your health. 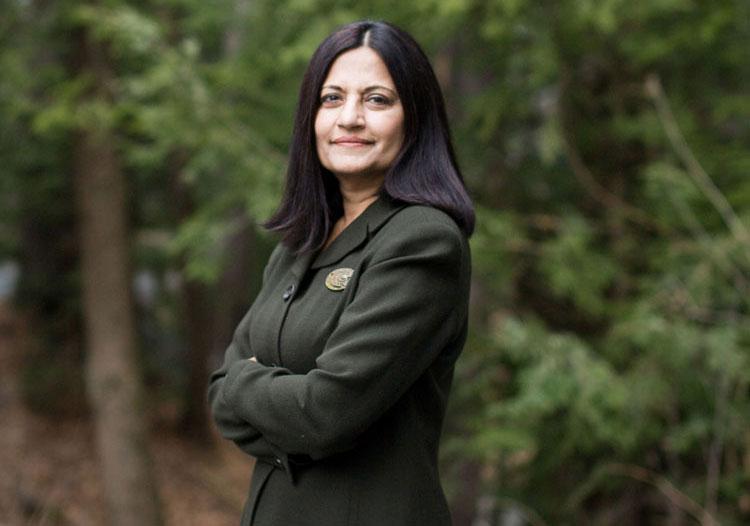 The question is, would you make the same choice—to get a flu shot or not—in each case? New research by Tuck marketing professor Punam Anand Keller suggests that many people confronted with these scenarios would choose differently. Purely by changing the options and rephrasing the question, Keller found very different responses among a sample confronted with this very choice. Flu shots are the least of it, however. Her findings could have wide-ranging implications on everything from how we save for retirement to the diligence with which we refill our prescriptions.

For more than a decade, Keller, the Charles Henry Jones Third Century Professor of Management, has focused her research on ways to decrease the cost of health care without sacrificing quality—an area that has become increasingly relevant in the ongoing national debate over health care. Unlike many people investigating the issue, however, Keller comes at it from a perspective other than economics. “I’m a social marketer,” she says. “I am someone who uses the marketing framework to increase individual health and well-being.”

Much of her research deals with the role of the employer in guiding people to enroll in programs that benefit the individual and cut costs through preventive care. Typically, these are either “opt-in” or “opt-out” programs. “Opt-in” is similar to the first form in the flu shot example—check the box if you want to do X. “Opt-out,” meanwhile, is the opposite. Here, people are automatically enrolled into a program unless they specifically choose not to participate.

Not surprisingly, both approaches have their shortcomings. Research shows that forcing people to make a conscious decision to opt in decreases the number of people who will take that proactive stop, even if the benefits of enrolling are clear. “Rationally, you’d think that people would do it, but people do not focus on the costs of not doing it,” says Keller. “They don’t do any comparison.” In other words, sometimes the devil they know is better than the one they don’t.

On the other hand, an “opt-out” scheme can dramatically increase the percentage of employees or customers who enroll in a particular plan. When they are automatically enrolled, though, they also tend to be less committed to their choice. If an individual’s circumstances change—say, they experience money problems or are pressed for time—they are less apt to stick with their choice. Secondly, says Keller, the default position may not be appropriate for all employees. And thirdly, presenting an option as automatic can seem coercive and breed resentment in those who don’t want to participate.

A few years ago, Keller came across research that seeks to mitigate the issues on both sides of the debate by forcing participants to actively choose which of the two possibilities they want—to enroll or not to enroll. Such “active-choice” techniques are similar to the second form in the flu shot example that offers two check boxes: one for yes. It might seem like a simple change, but implementing it has been shown to increase participation (over opt-in scenarios) while at the same time not affecting commitment. Keller was encouraged by the research. But she noticed one flaw. By weighting the choices evenly, the researchers didn’t provide enough guidance for employees to choose one over the other. “They are economists, they are not communications specialists,” she says. “As a marketer, I thought I could do better.”

Keller’s answer was something she calls “enhanced active choice,” in which respondents are given the choice along with an explanation of costs built into the question itself. “It’s taking it the next step and saying, ‘I want to enroll in the 401(k) plan because I want to save X amount of dollars and have sufficient retirement savings.’” That way, employers or health officials can weight the response toward the desired outcome while still allowing respondents to make their own decisions.

Keller presented the flu shot question to a selection of employees at Dartmouth-Hitchcock Medical Center, in Lebanon, N.H., and was encouraged by the results. Of those given the opt-in form, only 42 percent said they would get the shot; when given the active-choice form, that number rose to 62 percent. But when presented with the enhanced active choice scenario, that number rose to 75 percent. That is, from less than half of respondents to three-quarters.

Even more interesting, explains Keller, was the reason why rephrasing the question made such a difference. When asked a series of questions about their choice, those who had the enhanced active choice scenario said the financial incentive (“save $50”) didn’t matter. Instead, they said they would “feel more regret” if they said no. That was surprising to Keller. “People can organize themselves in two ways,” she says, “promoting gains or preventing losses. In this case, I was interested in seeing if there was a specific emotion associated with the loss aversion—identifying regret is tremendously insightful and has real theoretical impact.”

Soliciting answers to a theoretical question is one thing, but seeing it in practice is another. In an ambitious field study to apply these principles, Keller partnered with CVS Caremark, the prescription drug insurance company, to test enrollment in an automatic refill service with some 11,000 actual customers. When they viewed a website that allowed them to opt into the program, only 12 percent did. But when the site added another check box stating, “I prefer to order my own refills,” the number of enrollees to the program shot up to 27.3 percent. “It just made people ask themselves the question, Do I really want to order my own refills?” she says. “If you look at it rationally, you would have thought people would be thinking about that anyway, but it’s clear they are not. I was amazed at the extent of the increase—we more than doubled it. That was crazy.”

What’s more, each time they visited the site, Keller purposely required participants to decide whether they would remain in the program, but levels of disenrollment stayed the same—showing the same level of commitment as opt-in. “I thought they’d just get sick of it and say forget it,” says Keller. “But they are making the same choice over and over again.”

While enhanced active choice clearly increases program enrollment, Keller cautions that the success of the framework depends on how artfully the question is phrased. In these days of information overload, people are hypersensitive to being manipulated into making a choice. Thus, it is important that the information presented in the enhanced choices are as factually accurate as possible, and lay out the benefits as specifically as possible. This, for instance, could be the specific dollar amount saved or language on health benefits from a trusted source such as the Centers for Disease Control.

Increasing enrollment in health programs can clearly benefit employers. Studies have shown that every dollar spent on employee wellness programs is worth more than two dollars in employee productivity. Prevention is also a worthwhile goal from a policy perspective. But enrollment in such programs also benefits employees and patients themselves. This approach puts faith in the individual that they will do the right thing for themselves, if only they are made to accurately see the costs of not doing it.

“I am interested in reducing health costs, and I am interested in doing that by empowering the individual,” adds Keller. “I don’t want to live in a society where everything is a law. I would rather try and change people’s behavior voluntarily, and I see this as something in between.”

Bari Harlam is senior vice president at CVS/Caremark. George Loewenstein is professor of economics and psychology at Carnegie Mellon University. Kevin Volpp is a staff physician at Philadelphia VA Medical Center and associate professor of medicine and health care management at the University of Pennsylvania School of Medicine and the Wharton School.