How consumers win when companies exaggerate how good their products are.

Competition encourages companies to exaggerate how good their products are. That may not be a bad thing for consumers, argues Tuck marketing professor Praveen Kopalle.

Pennsylvania window-manufacturer Winchester Industries' marketing materials claimed that some of its windows would "reduce energy costs by 47 percent." In February, the Federal Trade Commission ruled that Winchester and four other window companies had been making exaggerated and unsupported claims about the efficiency of their windows and ordered them to stop. 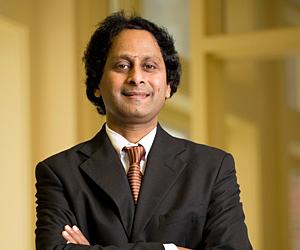 But in doing so, did the FTC unknowingly create an incentive for Winchester to make an inferior product in the future? New research from Tuck marketing professor Praveen Kopalle and Professor Donald Lehmann of Columbia's Graduate School of Business suggests that may be the case.

In their paper, Kopalle and Lehmann developed a model to examine the interaction of advertising regulation, competition, and product quality. They then checked their model results with experiments on involving MBA students and data from other FTC deceptive- advertising cases. Kopalle and Lehmann's current research builds on their 2006 article, which examined under what conditions it would be optimal to overstate quality for a firm entering a particular market.

The researchers found that in the absence of significant legal repercussions, it is optimal for competing companies to overstate the quality of their products in advertising. They also discovered that when there is effective regulation on product deception in a competitive market, overall product quality declines.

"When they're overstating the quality of the product, they're worried that repeat sales will be affected," says Kopalle. "So to reduce that dissatisfaction, they improve quality. When the regulation comes in, they don't have any incentive to add that extra quality they would already have."

In markets where a monopoly exists, a firm has no incentive to overstate quality and compromise customer satisfaction. However, Kopalle and Lehmann's model shows that in the absence of high regulatory costs, competing companies will initially overstate how good their products are to win customers. In a competitive marketplace, the firms become trapped in a classic "prisoner's dilemma"—they would both be better off collaborating to be truthful and improving customer satisfaction, but the competitive dynamic leads them to behave otherwise.

As a result, customers become dissatisfied and the companies' reputations suffer. To maintain future sales, the competing producers must raise quality—even though it is costly and doing so cuts profits. Higher legal or regulatory costs designed to curb deceptive advertising are meant to protect consumers by forcing companies to be truthful—thereby improving consumer welfare. Yet Kopalle and Lehmann's findings suggest that the effort can backfire.

"Punishing advertising which overstates quality achieves its basic objective of making advertising more truthful," they write. "However, it may produce a negative unforeseen consequence. In effect, regulating advertising shifts the focus of competition to quality and price. An unintended consequence is that while this has no effect on price, it reduces quality."

Take three scenarios using the example of tire manufacturing. Kopalle and Lehmann's research model shows that in a monopoly market, the producer optimally can make tires that will last 35,000 miles, which it will advertise as 35,000-mile tires and sell at $85.

Not surprisingly, the producer is most profitable in a monopoly. But the research shows that strong advertising regulation means higher profitability than a low-regulation environment. Likewise, consumers are worst off under a monopoly but are better off in an environment with little regulation of untruthful marketing than in one with greater checks on misleading ads.

If Kopalle and Lehmann's seemingly counterintuitive findings are right, regulators' efforts could actually be harming consumers in some cases. When companies lie to us, we may all be better off.