T’15s are settling into their target jobs, and base salaries are higher than ever. 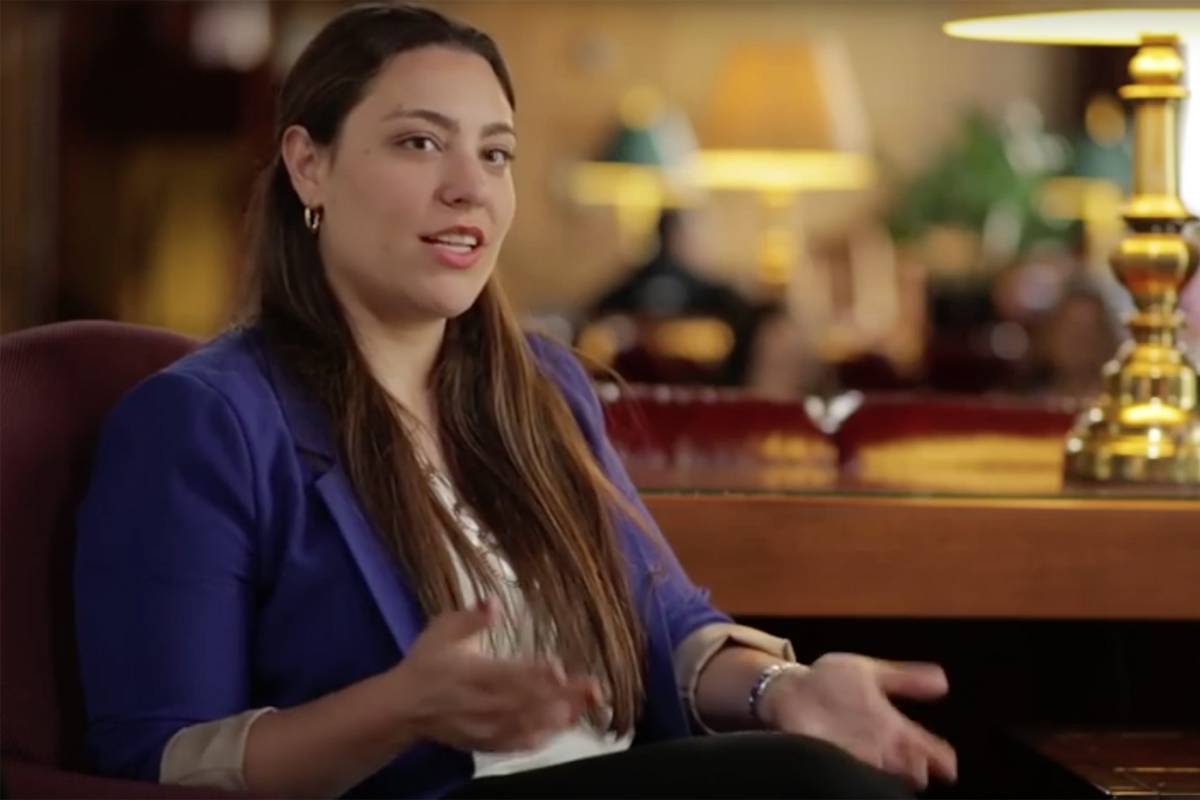 T’15s are settling into their target jobs, and base salaries are higher than ever.

Jonathan Masland, the executive director of the Tuck Career Development Office, is a soft-spoken guy who likes to remain in the background of any discussion about the career success of recent Tuck graduates. And the words he uses to describe that success tend to be understated. Hence his summary of 2015, when a record-breaking 99 percent of T’15s had job offers within three months of graduation, and when median base salaries increased by eight percent to $125,000: “It’s a good year,” Masland said.

Fair enough. The numbers speak for themselves, so Masland need not embellish. He’s just happy to be part of a team that marshals all of Tuck’s resources—alumni, centers and initiatives, faculty, and more—to help students on their career search. “The secret to it is that everyone in our office gets to know each student,” he said, “so we can connect them with the right knowledge and people for their chosen career path.”

This year saw very strong statistics for the class as a whole, with the distribution of students in various business sectors similar to last year’s.

Eighteen percent of the class was hired by the consulting firms McKinsey & Company, Bain & Company, and the Boston Consulting Group. These firms maintain a strong presence on campus and hired T’15s for jobs across the United States and abroad.

Another large source of jobs for T15s was the financial services sector, which hired 24 percent of the class.

As in 2014, technology firms such as Microsoft, Google, and Amazon hired 18 percent of the class. This industry in particular accounts for much more activity at Tuck than it did six or seven years ago, when less than 10 percent of graduates went to work for technology companies. “It reflects the strength in technology hiring but also Tuck’s commitment to supporting students interested in tech careers,” Masland said. One example of that commitment is the Silicon Valley Boot Camp the CDO organizes every year, where incoming students explore career opportunities and network with employers and alumni.

Meanwhile, hiring in the retail and consumer package goods sectors increased this year, with 10 percent of the class (up from seven) going to firms such as Colgate-Palmolive and General Mills, reflecting Tuck’s reputation as a top general management school.

“The students worked hard,” Masland said. “It’s their job search, and they owned it.”

Felizia Bacall T’15 (above) was working in the finance department of the International Monetary Fund when she decided she wanted to make a bigger impact in the world of international development. Instead of pursuing a Ph.D., she decided she would be better served by an MBA. “My first interaction when I was deciding between schools was talking to Dean Slaughter about a fellowship at the Center for Global Business and Government (CGBG),” she recalled. “And it was one of those moments when I thought, Wow, if a dean has the time to talk to a prospective student, that’s a community I want to be a part of.”

Once Bacall matriculated at Tuck, she discussed her career goals with Pat Palmiotto, the then executive director of the Center for Business & Society (CB&S). Palmiotto introduced her to the keynote speaker at the 2014 CB&S conference, an executive with Partners in Food Solutions (PFS), which is a nonprofit spin-off of Cargill and General Mills. The mission of PFS is to provide technical assistance to food producers in Africa. The organization offered Bacall an internship for the summer after her first year at Tuck, doing due diligence for a financial lending facility in Kenya and Zambia. “It was a great experience in terms of creating program management skills, and organizing reports and data,” Bacall said. “After my first year at Tuck, I felt very prepared for that position.”

Back at Tuck for her second year, Bacall took every possible elective course related to nonprofits and the social sector. During spring break, she went to Japan on a Global Insight Expedition with CGBG senior fellow Curt Welling, the former CEO of AmeriCares. Around that time, she saw a job posting at the Bridgespan Group, a consulting firm that works for nonprofits and foundations. Palmiotto put Bacall in touch with Nan Stone, a co-founder of Bridgespan who is an adjunct professor at Tuck. “I talked with her before the interview about what Bridgespan does, how the recruiting process works,” Bacall said.

Bacall began her role as a consultant at Bridgespan recently, putting her MBA skills to use for causes she believes in. “It’s definitely been a great fit because Bridgespan has the rigorous analytical work consulting firms have, but all the projects we work on are for non-profits, foundations, and philanthropists, so you can see the clear impact,” she said. “It’s a perfect intersection of what I was looking to do after Tuck.” 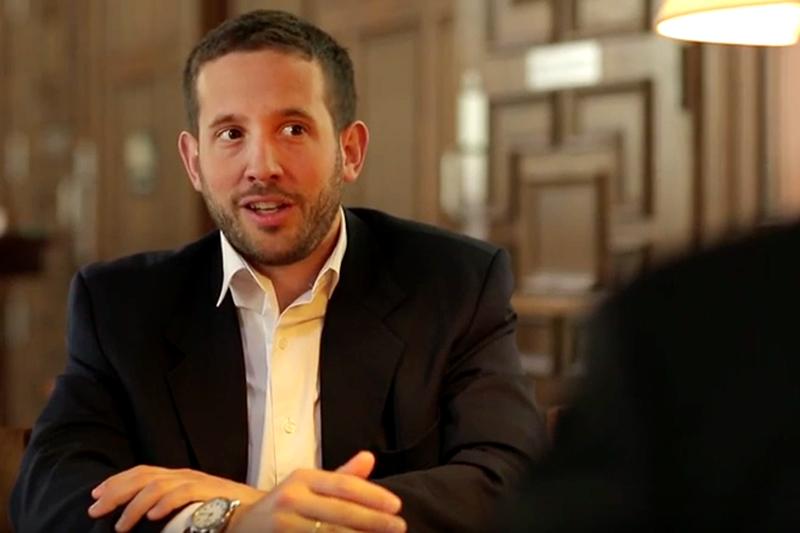 Juan Giovaneli came to Tuck to shift his career from corporate communications to marketing. He had worked his entire life in Argentina, first as a journalist and then for PricewaterhouseCoopers and a manufacturing firm. He obtained a master’s degree in marketing, and wanted to supplement that knowledge with the quantitative skills only a full-fledged business degree could offer.

At Tuck, Giovaneli dove into marketing from every angle. He took eye-opening courses such as Managing the Marketing Channel, with renowned professor Kusum Ailawadi, where he learned about the relationships between consumer package goods companies and retailers. In his First-Year Project he was on a team that worked with Long Trail Brewing, where they completed a market-sizing analysis and market-entry strategy. He attended the Shopper Marketing event at Tuck with alumni from Colgate-Palmolive. He went on a Global Insight Expedition to China with another famed marketing professor, Peter Golder. He was a co-chair of the marketing club and served as a resource for first-year students interested in marketing. He helped organized the annual Marketing Symposium, where executives from General Mills, Panera Bread, Deloitte, and Mass Mutual spoke. And finally, he organized the New York Marketing Trek, which gave him and other students the opportunity to network with marketing companies and Tuck alumni.

After all that, Giovaneli had a solid understanding of the marketing industry and its key players. When he attended the Colgate-Palmolive company briefing on campus and talked with alumni who work there, he decided he wanted to join them.

He got his wish. Today, Giovaneli is an assistant brand manager, completing the rotational program at the company that exposes new hires to different parts of the business.

“Tuck does an amazing job putting the most important companies in front of you on campus,” he said.

Jesse Lampert grew up on the West Coast and worked at Google in California after college. For business school, he knew he wanted a different environment, and Tuck provided the right mix of an intense core curriculum and a close-knit student and alumni network. He didn’t plan on going back into the technology industry after Tuck, but when he went on a Tech Trek in San Francisco, which was organized by the CDO, he realized he missed the world of technology and decided to focus on getting a job at a tech company a little smaller than Google.

Part of that focus was taking the right courses. He found Introduction to Entrepreneurship, along with Leading Entrepreneurial Organizations, especially helpful, since tech companies tend to value entrepreneurship and foster an atmosphere of taking an idea and running with it.

He was also a manager of theBOX food truck during its first two years of operation. “That was just a great hands-on experience in terms of entrepreneurship and seeing what it’s like to build a business from scratch,” Lampert said. “We met on a weekly basis to brainstorm through problems, and even though it was a food truck, a lot of what I learned could be applied to the tech space.”

To find the right tech company for him, Lampert spoke to alumni at Google, Netflix, and Uber. A member of the class of 2014 had started at Uber a few months before Lampert grilled her on what it was like to work in one of the fastest-growing tech startups in the world. “I found her insights into what her first few months had been like very interesting, and I could see myself fitting in there,” Lampert said.

Today, Lampert is an operations and logistics manager at Uber’s office in Los Angeles. He splits his time between interfacing with driver-partners and growing a pilot program that will help large employers alleviate traffic and parking problems by using Uber for workers’ commutes. “I love how fast-paced it is here,” he said. “I’m confronting new challenges every day and figuring how to solve them.” 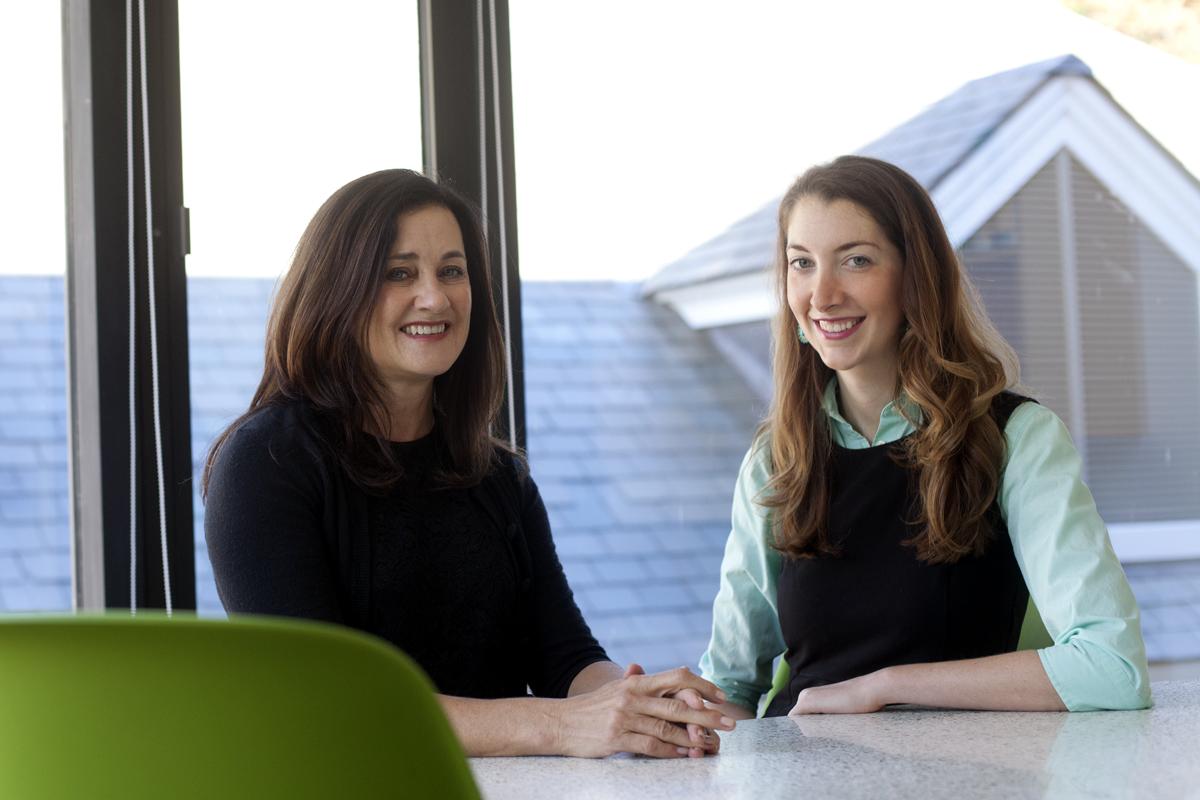 Erica Johnston learned a lot in her three years before Tuck. She worked as an international marketing manager for an industrial supply distributor, and even got to drive a gantry crane at the Panama Canal. But she didn’t have a passion for the industry. To her, it wasn’t terribly innovative. “A hammer is still going to be a hammer in five years,” she said.

She came to Tuck to learn more about general management and marketing, and to find a job she could be passionate about, something creative and fast-moving. As someone with food allergies, she always paid attention to what she ate. The food business was something she could see herself getting into.

In her first meeting with Lizzie Napier T’91, an associate director at the Career Development Office, Johnston scanned the landscape of food companies and found Lauren Tankersley T’07, a marketing director at WhiteWave Foods, the maker of Silk soy milk. Tankersley helped Johnston secure a summer internship in brand management at the company’s headquarters in Denver.

Then something amazing happened. Sue Allon T’89, a member of the Tuck Board of Overseers who lives in Denver, offered to let Johnston live at her house for the summer and use her extra car. “I was just blown away,” Johnston said. “To have a place to call home for the summer that was rent free, and a family to live with, it was just a wonderful experience.  Sue and her husband, Harvey, were and continue to be invaluable mentors.”

Over the summer, Johnston talked again with Napier, who encouraged her to apply for a job at General Mills. Johnston was hesitant, because she had planned to work for a smaller company in the health-food market. “But Lizzie helped me realize that General Mills is a great place to start a career,” she said. “And the more I learned about the company, the more I liked its mission, values, and the opportunities it provided.”

Johnston participated in General Mills’ Fast Track program, which pairs job seekers with mentors for the summer and helps prepare them for interviews before their second year of business school. She spent a few days at General Mills’ offices in Minneapolis and had a job offer before heading back to Tuck in September.

General Mills wasn’t the only company who wanted to hire Johnston. She received four internship offers and three full-time offers for marketing roles.

Johnston picked General Mills, where she works as an associate marketing manager in the fruit snack portfolio and will be launching a new brand in 2016.

“Choosing amongst the internship and the job offers were the toughest parts of my Tuck experience,” she said, “because they were all great options.”