What Managers Can Learn From the Microchip Industry 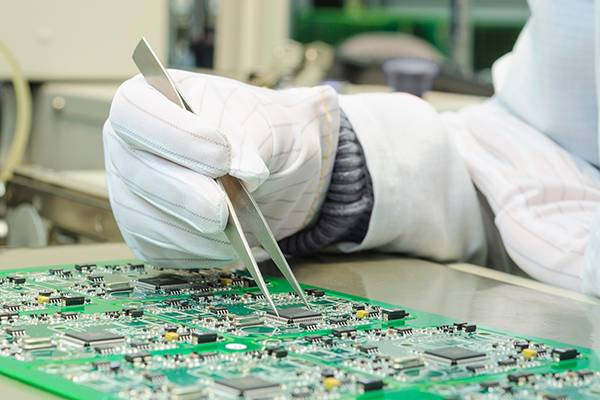 When Jack Kilby invented the integrated circuit—now known as a microchip—at Texas Instruments in the late 1950s, he unwittingly launched a multi-trillion-dollar industry that facilitated the information age.

Because of the nature of the invention, Gordon Moore, another inventor of the microchip, was able to predict that the chips would evolve at regular intervals into the future. Moore’s Law is still valid today, and it drives firms like Intel to design and manufacture chips in-house, where they can closely align the two processes.

For Tuck professor Constance Helfat, an expert in technology and strategy, there couldn’t be a better poster child for vertical integration—when one firm controls each step of production—than the microchip industry. The innovation cycle is predictable, so it makes sense to keep product designers on staff. And new chips can’t be manufactured without custom machinery built to the exact specifications of the new designs, necessitating constant communication between many divisions of a firm.

Helfat proposes a new theory in “Integrative Capabilities, Vertical Integration, and Innovation,” which was published recently in the journal Organization Science. In it, she asserts that a firm’s decision to integrate or specialize is based mostly on the costs and benefits of the particular style of organization.

As Helfat explains, when a new technology is introduced and becomes successful it also usually becomes standardized, which means smaller firms can enter the market that just focus on manufacturing. Competition from these lower-cost firms can drive the originators of the technology out of business, or force them to shrink and focus solely on one piece of the supply chain, such as design.

But vertically integrated firms have another choice: to stay integrated, in the hope that they can introduce a new technology that only they can produce. In this case, integrated firms may have to endure a period of high costs and low profit margins until they can reap the benefits of the new technology. The advantage of this is the firm can retain its integrative capabilities of communication and coordination, rather than bearing the cost and delay of firing and hiring staff.

This means firms have a distinct forecast to make. “If a firm is going to have a long period of time where the technology is very standardized, then it might not be willing to bear those short term costs of hiring and firing,” Helfat says. “But if the firm’s managers think there’s going to be a new technology that needs to be coordinated with manufacturing, then they might be willing to bear those costs during the time when the technology is standardized.”

The lesson for managers is to think about the type of technological change that’s likely to occur. Is this a stable industry with no big changes on the horizon? If so, dis-integrating might make sense. But if the technology is frequently changing, like with microchips, firms would be wise to retain all the divisions that will allow them to design, manufacture, and market a new product.

Vertical integration makes the most sense in industries where technology is rapidly changing. In this context, firms are wise to retain their integrative capabilities, such as coordination and communication, even if the costs of those capabilities lead to low profit margins during short periods of technological stability.