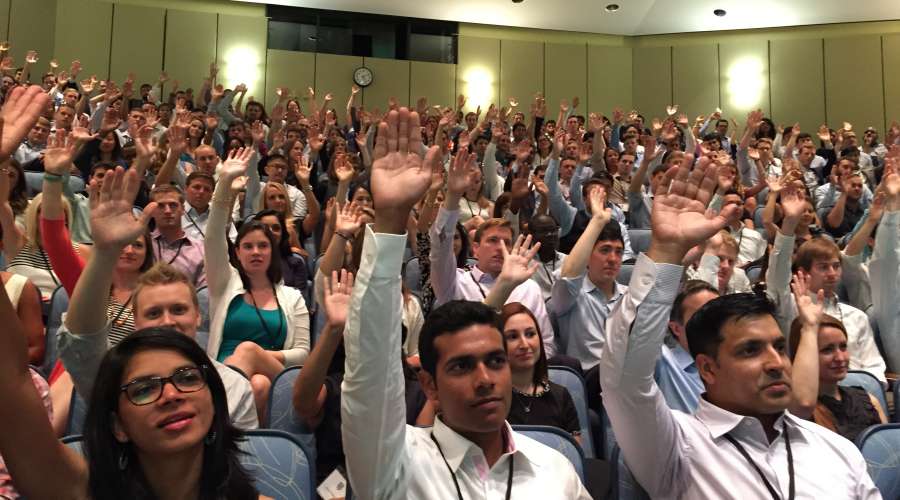 Welcoming the Tuck Class of 2017: A Letter from Dean Slaughter 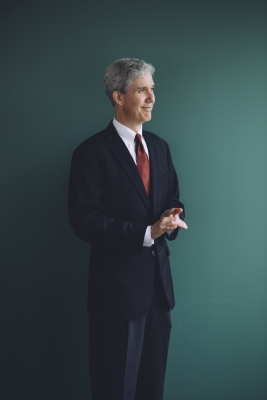 Dear Members of the Tuck Community,

Today is a thrilling day, as it is my honor and pleasure to introduce our newest class of Tuck MBA students.

Under today’s warm sunshine and blue skies, 286 dynamic, capable, and inspirational T'17s began their Tuck journey together, meeting with their study groups and having the first of many small-group dinners with members of the community.

The 2017 class is incredibly diverse, accomplished, and poised to achieve great things both throughout their two years here and in the many years beyond.

Academically and intellectually, the class is strong and prepared to be challenged beyond their limits. Their average GMAT is 717, average GPA is 3.5, and they have worked an average of five years before returning to Tuck. Their average age is 28, with members of the class ranging from 25 to 34.

For all they have done over the past year to bring together such a rich and dynamic class, my appreciation and sincere thanks go to Director of Admissions Dawna Clarke and her terrific admissions team: Pat Harrison, Amy Mitson, Nancy Granada, Kristin Roth, Stephanie Butler, Sudershan Tirumala T'10, Kristine Laca, Belinda Kwiatkowski, Sarah Hein, Angela DeMartin, Heather Schwamb—and to our Director of Financial Aid Diane Bonin and her team Sandy Belisle and Kristy Snow. For assisting in these students’ transition to Tuck and for crafting a dynamic orientation week, let me also thank Assistant Dean for the MBA Program Sally Jaeger and her entire MBAPO team of Betsy Winslow, Dia Draper, Stacie Marshall, Lauren Morse, Amanda Boughman, and Barb Crawford.

Please join me in welcoming all 286 new MBA students to Tuck, and in supporting them throughout their journey with us.

The Tuck School of Business