To me, the idea of Tuck as an all-around business school, versus a marketing or finance specialty, was very exciting. 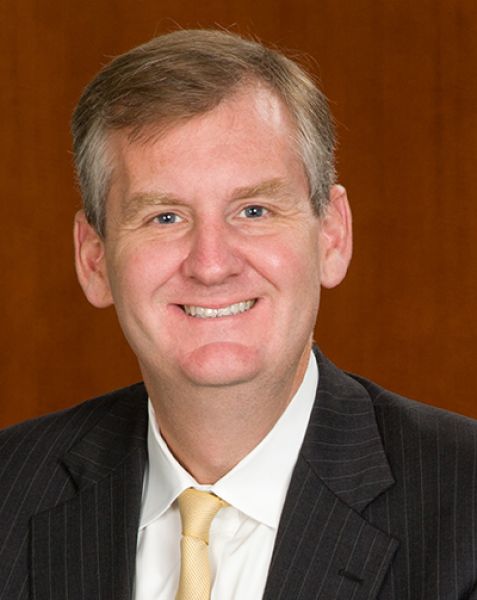 As the president and CEO of Calpine, a Fortune 500 power generator and retailer, Thad Hill T’95 is doing exactly what he envisioned when he came to Tuck in 1993. But for a person in his position, he describes his introduction to the business world rather modestly. “I got to Tuck and was more or less off the turnip truck,” he says. “I’m not sure I knew the difference between debt and equity.”

He also chose Tuck because, having lived in Chicago and Buenos Aires after college, he was ready to experience a small town setting with plenty of outdoor recreation. He skied a lot during his first year (the epic winter of ’93-’94) and ended up riding the chairlift at the Dartmouth Skiway next to his finance professor, Kenneth French, the day before his final exam. “I got off that chairlift and went home and made sure I was ready for the next day,” he said, “because at that point my cover was blown.”

An understanding of finance is just one of the many skills Hill learned at Tuck and uses today. Calpine is the largest natural-gas-fired electricity generator in the U.S., and it sells this power to commercial, industrial, and residential customers in 20 states. That means the company must deal with a range of business issues, from heavy industry operations to advertising, marketing, and customer service. Hill divides his time among four central areas: operational decision-making and personnel; customer relations; regulators and the government; and investor relations.

Even with all those responsibilities, Hill still manages to stay involved with Tuck. He serves on the MBA Advisory Board and has guest-lectured in the Energy Economics course taught by professor Erin Mansur. “That has been great fun,” he says.

Colin Butterfield T’04 describes his investment process as collaborative and bottom-up, not a top-down approach that follows established trends.

Energy entrepreneur Mike Miskovsky T'90 is bullish on the future of electric vehicles even though he doesn’t think much of today’s electric cars.

Sarah Barpoulis T'91 credits Tuck for a style that lends itself to constructive debate, consensus building, and empowering others, which she sees as the key attributes of successful board members.

Pace Ralli T'09 came to Tuck after the 2003 blackout inspired a career change from corporate finance to energy.

As executive director of nonprofit The Energy Co-op, Damali Harding D’99, T’06 helped Philadelphians increase their renewable energy use for a sustainable future.

Lee Taylor T’12, co-founder and CEO of REsurety, is helping to redefine the way energy companies approach risk in the promising but volatile wind energy industry.

The new Revers Center for Energy, made possible by Daniel Revers T'89, expands Tuck’s energy programming in the classroom and beyond.