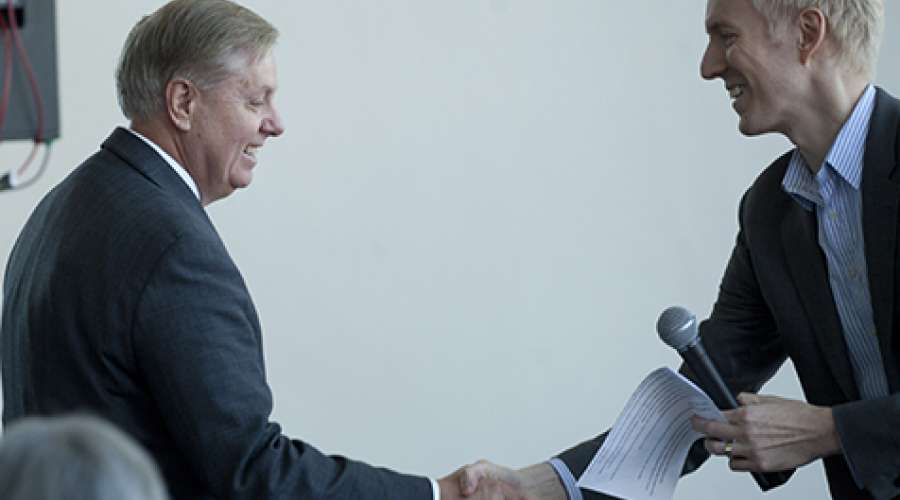 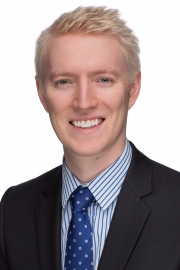 Tony is a second-year student at Tuck and an MBA fellow at the Center for Global Business and Government. Prior to arriving in Hanover, he worked in bank regulation and capital policy at the Federal Reserve Board in Washington, D.C. Tony earned a Bachelor of Science in Accountancy and Bachelor of Arts in Chinese from Brigham Young University, and a Master of Science in Finance and Economics from the University of Warwick (UK).

Living in New Hampshire during the presidential campaign cycle has its pros and cons: Con.) a never ending stream of campaign ads on TV—ugh; Pro.) frequent access to presidential candidates. Being at Tuck during this time has the added benefit of connecting personally with the candidates. Through former New Hampshire Governor and current Senior Fellow at Tuck’s Center for Global Business and Government (CGBG) John Lynch, many of the presidential candidates have made visits to Tuck. As part of a speaker series, dubbed “America’s Economic Future,” Governor Lynch and the CGBG have invited each presidential candidate to come to campus and speak on the title subject. To date, we’ve had four candidates visit, former New York Governor George Pataki, Ohio Governor John Kasich, South Carolina Senator Lindsey Graham, and former Secretary of State Hillary Clinton.

As an MBA fellow at the CGBG, I’ve had the privilege to have even more access to these candidates. After Governor Pataki’s speech, I joined eight other second-year students for drinks and dinner with the former governor. We picked his brain on policies, his vision for America, and why he is running for president. He drilled us with questions on government policies that we are passionate about such as immigration, financial market regulation, health care, etc. Having spent time in bank regulation, I was quick to stir up a discussion/debate with Governor Pataki about Dodd-Frank and regulation of financial institutions. Having this incredible back-and-forth discussion with a presidential candidate was absolutely a highlight of my Tuck experience.

I similarly had the opportunity to introduce Senator Lindsay Graham before he spoke to the Tuck and Dartmouth community. I greeted the Senator as he arrived, escorted him to and from the speaking venue, introduced him to the audience, and discussed his campaign with him after the event. It was yet another exciting experience getting to know a candidate on a more personal level.

The speaker series provides opportunities not only to hear contrasting political perspectives on the American economy but also to engage with the presidential candidates and see them outside the world of canned debate answers or trite campaign ads. Tuck’s strong reputation and unique location have been huge factors in creating these memorable opportunities. I’m looking forward to getting to know more candidates over the next few months as they visit Tuck and take part in CGBG’s speaker series! 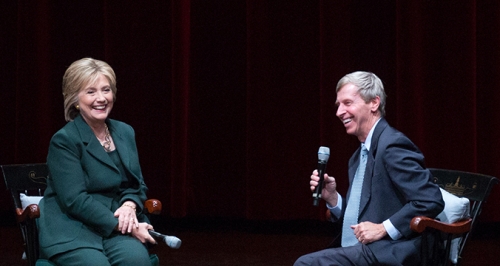 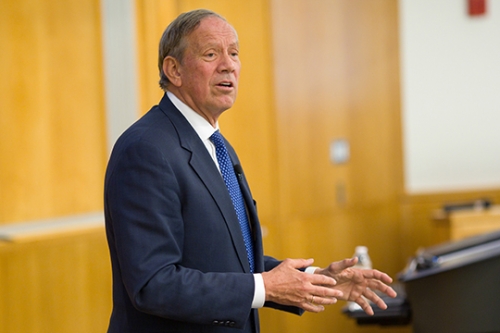