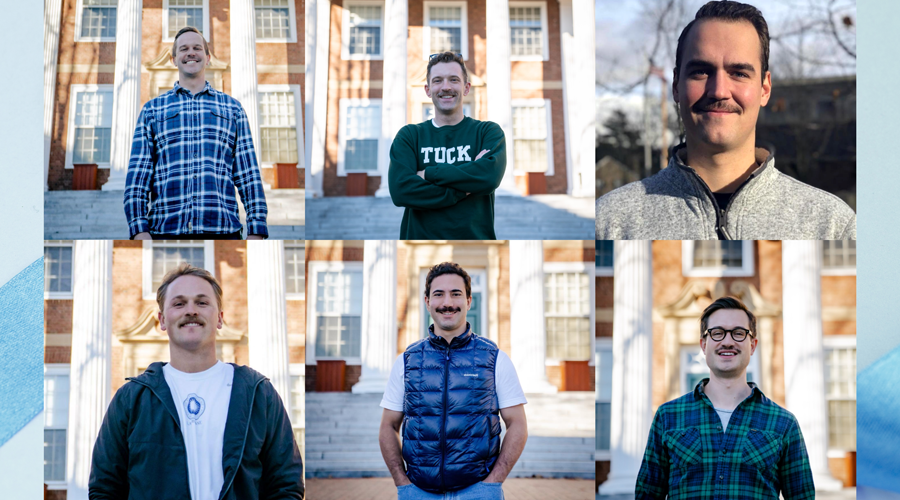 Behind the Mustaches: Standing Up for Men’s Health This Movember

This year’s Tuck Team is composed of 15 current Tuck students and one recent alum—Mike Clement T’22, an 11-year-long fundraiser for the foundation. While growing a mustache is part of the fun, these Tuck community members each have personal motivations for participating.

My motivations are rooted in two close friendships: a college roommate and lifelong friend discovered cancer during their freshman year, had to receive rapid treatment, and was wheelchair-bound for months after. Another close friend and skiing partner recently won a five-year battle with stage IV prostate cancer.

Their courage in facing these challenges, the realization that life is short and a gift, and my belief in the power of being there for friends through challenges made it an easy decision to support the foundation and be part of the team at Tuck. For the community at Tuck and beyond, we want to represent these health issues that affect men—especially in marginalized communities—and communicate that, from a mental health perspective, it is okay to not be okay and then empower people to speak up and be there for one another.

Why on earth am I (of all people) (attempting) to grow a mustache and fundraise? Because Movember is a leading charity fighting to combat a slew of men’s health maladies. From mental health and suicide prevention (‘been there, done that’) to testicular cancer (runs in the family), Movember is aiming to change the face of men’s health, and I am eager to join in the fight. By donating you’ll help me ensure more men have the same access to life-saving care my family members and I have been fortunate enough to receive.

For far too long, vulnerability in the men’s health space has been collectively seen as weak and emasculating. In reality, men face a multitude of unique issues across mental health, certain forms of cancer, and more, and the fear of appearing weak has only exacerbated these problems by making male-identified folks less willing to confront them. Depression, suicidal ideation, and untreated cancer cases remain prevalent issues.

By growing these silly little mustaches and fundraising across our networks, we can make a dent financially and personally by starting vulnerable conversations and normalizing these topics. We deeply appreciate the Tuck community’s support!

I’m part of the Movember team because bringing light to the men’s mental health crisis is far more important than my appearance this month! Four out of five suicides are men and suicide is the second leading cause of death among men ages 15–44. By participating in Movember, I want to increase awareness and help change the stigma surrounding men’s mental health.

I’ve seen a lot of my buddies in the military struggle with the stigma around seeking help when dealing with PTSD from their service. They bear the burden alone, in silence, because of the stigma that seeking help will negatively affect their careers and their ability to support their families. Anything that I can do to help remove that stigma is a worthwhile cause.

I was a part of a hockey culture that thought growing mustaches as a team would be hilarious and great for locker room camaraderie. A few years later, between my own battles with mental health following concussion issues and losing a close friend to suicide, I began to truly understand its importance. The mustaches grown during the month of Movember remind us of the significant impact having real conversations about mental health can have. Although we have a long way to go, I’m grateful for the continuously changing perception of mental health, the stigma surrounding it, and the amazing work Movember has done to change it.

Reach out to a friend today to check in. Send a text. Make a call. Have a conversation. Tell those you care about that you love them and that you are there for them. Life is short—don’t be afraid to speak up. You are never alone.

Learn more about student health and wellness at Tuck and Dartmouth. 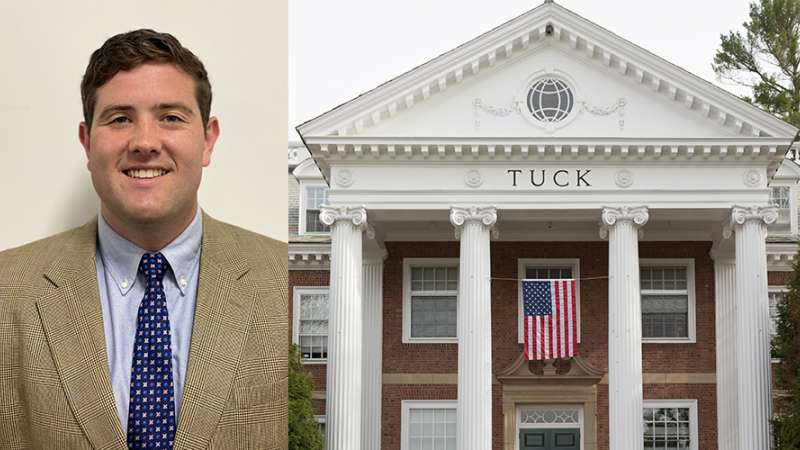 Finding Camaraderie and Community: Transitioning from the Military to Tuck 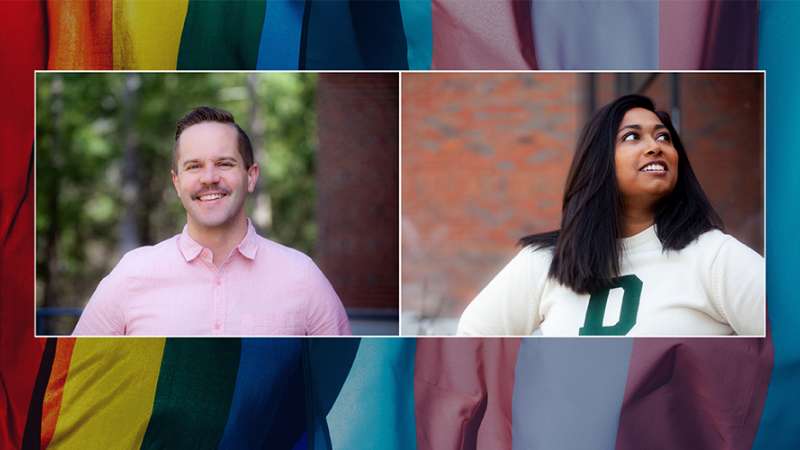 In celebration of Pride Month, we asked members of Tuck Pride—the Tuck community’s...