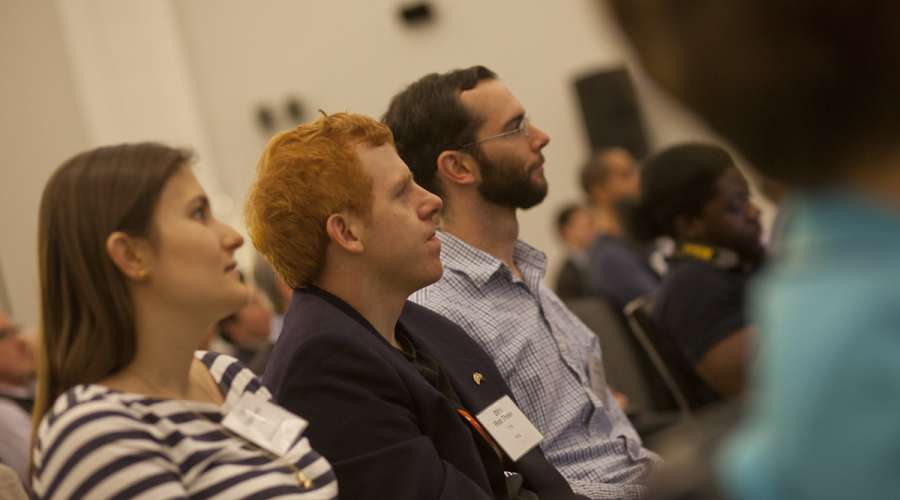 Building a Startup While at Tuck

FliQ is my startup. We want to change the way that people interact and exchange information.

We have come a long way. FliQ started as a pitch at a Dartmouth start-up weekend (three-day event at the Dartmouth Entrepreneurial Network (DEN) where you pitch, form a team, and work on building a company for three days). We got second place (out of 60 original ideas) and that is where I met my technical co-founder, Orestis Lykouropoulos D’17. We built an MVP, got $5,000 in funding through the Founders Grant (DEN/Tuck grant), and used FLiQ during ETHINK to build out a Business Model Canvas for our final project.

In the winter, I built a Tuck First-Year-Project team around FLiQ and had four diverse perspectives as a part of the team, creating a real pitch deck. I learned how to really do LEAN start-up (and hypothesis-driven testing). With Trip Davis D’90—executive director of the Office of Entrepreneurship & Technology Transfer—as our advisor, we gained invaluable insights and as a team, we learned a tremendous amount about starting a business. During this time, we also outsourced part of the development to India and I learned how to do Agile Software Development.

Having a venture is more than just trying to build a company; it is a laboratory where I can apply my classroom skills in the real world.

I used my learned skills in LEAN startup and hypothesis-driven entrepreneurship during the summer at my internship at Google. I basically treated my summer like a start-up, and tested assumptions, built MVPs, and decreased risk. I built cool products, got along with my co-workers and stockholders, and got an offer to come back. Although I could not work on FLiQ over the summer due to my employment contract with Google, I learned a lot and was ready to start back up.

The fall was fast and furious. I took Professor of Business Administration Steven Kahl’s BEV course, built a cool team around FliQ again, got to refine my pitching skills, learned to build a financial projection, and received so much great feedback. During the fall term, Fliq was invited to pitch at the Rise of the Rest, a traveling pitch competition founded by Steve Case (co-founder of AOL). FliQ was one of eight New Hampshire companies pitching. Although we did not win, we got great experience, feedback, and motivation from the judges (and 300 people in attendance). We also pitched at the DEN/DALI Lab “The Pitch,” where we took home $2,000 and the title of “People’s Choice” (one out of 18 teams at Dartmouth). We also applied for and received DEN’s Wily grant, which allowed us to hire an undergrad for 10 weeks to help us on some of our projects.

This term, I am taking Private Equity in the Field with Phil Ferneau D’84, T’96, and every week I learn a new trial and tribulation of the venture capital world. I was named Live Free and Start’s Innovator of the Week in January.

Having a venture is more than just trying to build a company; it is a laboratory where I can apply my classroom skills in the real world.

I have used aspects of every class at Tuck in some way, from GEM, to Strategy, to Sustainability—there is no better way for me to learn than to do and apply the theory to the real world. 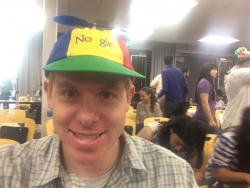 Robert Thelen T'16 was born in Oconomowoc, WI and attended the University of Wisconsin, where he graduated with a degree in business management and human resources. Upon graduation, he received his commission as a second Lieutenant in the United States Air Force and was assigned to the 366 Fighter Wing in Mountain Home, Idaho as an aircraft maintenance officer. In Mountain Home, Lt. Thelen was responsible for leading and motivating over 200 airmen and was responsible for $1.6B in aircraft and assets. He was the 2009 company grade officer of the year (1/280), deployed to Guam, Korea and the Philippines as the lead maintenance officer, responsible for 18 F-15Es and participated in joint exercises across the Pacific. In 2010, Lt. Thelen volunteered for a one-year tour in Afghanistan as a combat advisor to the Afghan National Army.  In Afghanistan, he led a 12 person cross-functional team in training, mentoring, and advising a 130 soldier strong Afghan Army unit in all aspects of professional military development, including small-arms training, convoy training, logistics management, leadership, and even literacy education. In addition, Rob started a not-for-profit that connected small towns in the U.S. with a local village, helping to start and fund an all-girls school. Capt. Thelen was awarded a Bronze Start Medal for his service in Afghanistan. After his deployment, Rob was re-assigned to Wright Patterson AFB, in Dayton Ohio, as an acquisitions officer. For his first acquisition projects, he was responsible for a new body armor system, a safety upgrade on ejection seats, and a survival system for pilots, worth over $100M. After two years, he was sent to Squadron Officer School, where he finished as a distinguished graduate (7/680) and was reassigned as the portfolio executive group chief, in charge of the cost, schedule, and performance for 500 programs worth $5.1B a year. After eight years, he separated from the Air Force and is currently attending the Tuck School of Business at Dartmouth College and resides with his wife Sarah in West Lebanon, N.H.