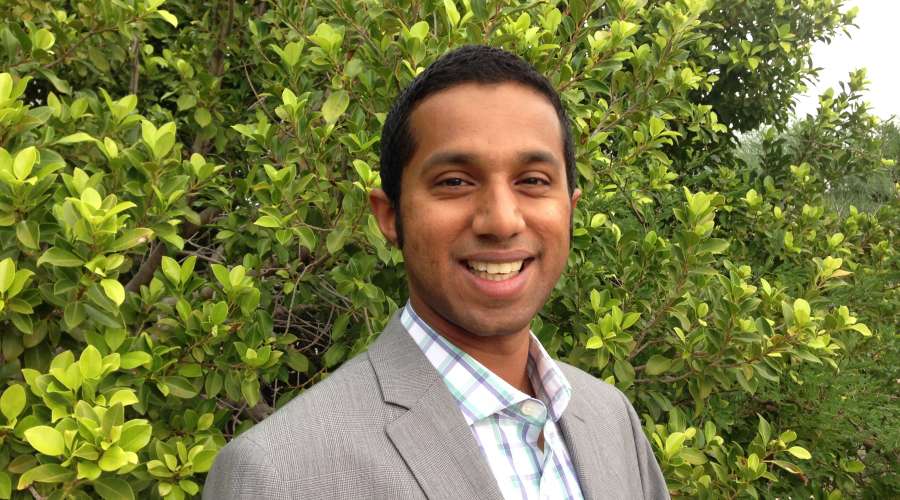 “Here, everyone is rooting for you”

Vishnu is living the dream as a first-year student at Tuck. He loves being surrounded by intellectually stimulating peers and is passionate about creative ideas. He thinks that he suffers from the “get out of your comfort zone” syndrome. He grew up in Mangalore, India and was perfectly happy living there, but decided to move to Bangalore. When life couldn’t get any better there, he relocated to Phoenix, AZ (where he did not know a single person). As he began to feel at home after building an expansive social circle, he moved to Hanover. Before Tuck, he spent four months backpacking across South America without knowing a word of Spanish (he now claims to know a few).

The CDO at Tuck is completely invested in every student's success. From the moment I received my internship offer, I met with Tuck’s career coaches—whose experience spans across various industries including marketing, technology, consulting, banking, etc.—to evaluate the offer as well as to learn more about other functions/industries. I was also suffering from FOMO (Fear Of Missing Out) syndrome. I kept obsessing over all the potential opportunities I'd miss out on if I accepted the internship offer. To alleviate my doubts, the career coaches met with me several times to share their solid, unbiased advice and to answer my long-winding questions.

At Tuck, we are exposed to industries and various functions in multiple ways and it starts early. Even before the first day of classes began, Tuck organized a pre-MBA Silicon Valley boot camp which brought students to several companies in the Valley including Google, Facebook, Salesforce, and more. We exchanged ideas with several VCs, startup gurus, 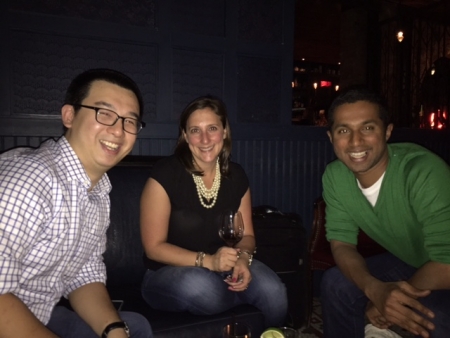 and Tuck alums living in the Bay area.

Within a week of starting classes, we had several companies visiting campus each day to host one-on-one coffee chats, company information sessions, happy hours, and cabin nights at Dartmouth's very own mountain lodge. The second years at Tuck are a highly accessible and extremely supportive bunch. They are willing to spend their valuable time (in between their recruiting season) to share their perspectives. In early October, we spent four days in NYC for a marketing trek visiting companies such as Colgate, PepsiCo, Amex, IDEO, and more. During this trek, Lizzie Napier, a career coach focused on the marketing arena, enthusiastically introduced me to several Tuck alumni who had worked in brand management and facilitated conversations that helped me gain a deeper understanding of marketing and the CPG industry. It was incredible to witness the passion of Tuck alumni while they were guiding and advising me. All this exposure helped me to, not only make a more informed decision, but also gave me deeper insights into various career paths.

I truly believe that this level of personal attention exists only at Tuck. Before starting school, I had heard about Tuck's highly collaborative and intimate setting. Now that I am here, I can honestly attest that. Here, everyone is rooting for you!

Photo at right: Vishnu on the NYC marketing trek with Felix T'15 at Unilever and Kim T'08, formerly of General Mills.