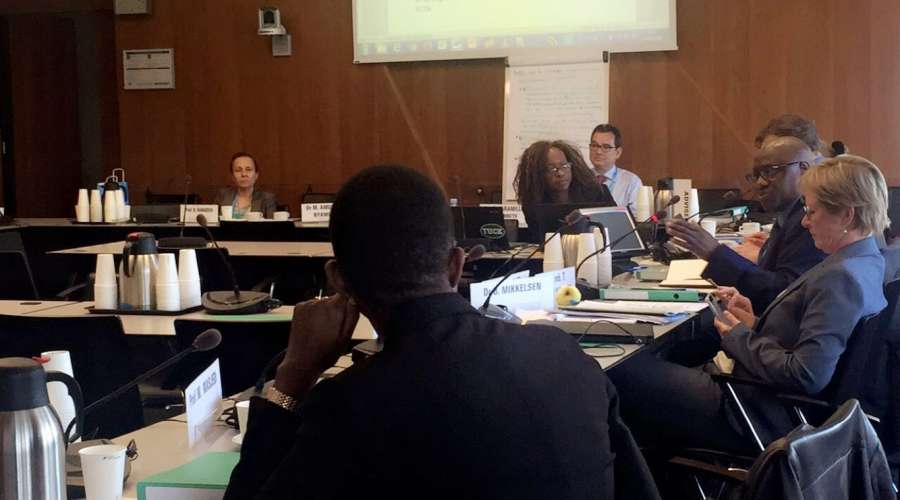 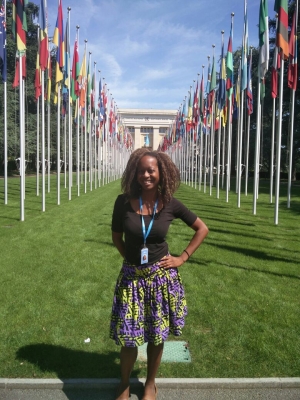 “Should we say leverage?”

I erase the word leverage and replace it by utilize as a room filled with state officials register my every move and read my every word projected on a big screen. It’s 2:00 pm Geneva time, I am jet-lagged having landed only 24 hours ago, not properly caffeinated and in the hot seat as we’re concluding day two of the Working Group meeting.

“You did that really well,” says the chair of the meeting, “A lot of people crack under the pressure when so many eyes are observing them.”

“Well I guess all these years in undergrad playing pretend at ModelUN conferences paid off!”

For a former UN nerd, this summer couldn’t have started any better. Here I was at the headquarters of the World Health Organization during a working group meeting listening to state officials from every region of the world debate the best policies going forward for the financing of non-communicable diseases (NCDs) in the developing world. It reminded me of what I always found so fascinating about the UN: the emphasis on diplomacy, the principle that each member state represented one voice and that all these voices were equal. Listening to these deliberations highlighted what a delicate balance it was to advocate the best policies for one’s country or region, while respecting the positions of other stakeholders in the room. Hence why the pressure on the note taker, in that case me, to accurately capture the views expressed and be mindful of the words used (leverage has a “finance and debt” connotation for example, which might make some groups uncomfortable.)

While the meeting was very exciting, this was only day two of my internship, and the beginning of the work to do. The goal was to understand how to best align donor priorities with developing country needs for financing NCDs. Historically NCDs like cancer, diabetes, heart diseases and respiratory diseases have been perceived as “rich country” issues, but increasingly the burden of diseases was in developing countries. Unfortunately, most developing countries didn’t have the infrastructure that allowed for the same quality of life afforded to those who suffered from NCDs in developed countries, and this led to higher rates of premature deaths. This had the potential to further hinder the future economic growth of developing countries 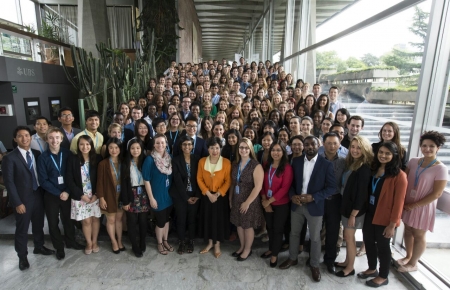 with loss of productivity from a sick workforce, unable to get the care it needed. Despite the evidence of shifting burden of diseases, donors were still not convinced that NCDs represented a major development challenge and were unlikely to donate to NCDs. Over the next eight weeks, I was going to dive into disease burden data, financial models, donor funding data and all the literature on NCD financing to try to build a compelling case for NCD alignment. This was particularly challenging given that I don’t have a health background and developed my interest in NCDs because of my focus on food policy and development. Needless to say it was a steep learning curve.

All that research and analysis, however, wasn’t going to keep me away from enjoying the massive WHO intern program or the lovely city of Geneva. With weekly speaker series, meeting with the director general and even Friday afternoon wine and cheese on the rooftop, the WHO was definitely a pleasant place to spend the summer. Nothing beats that view of the Mont-Blanc from the office. But what made this experience even more enjoyable was the city of Geneva itself. Everyone jokes about the lake being the only attraction, but the lake does shape the life and spirit of Geneva. Everything took place around the lake: barbecues, parties, and even sunrise concerts. Interns and trainees from all UN institutions somehow always found an excuse to gather around the lake. As I enjoyed one such occasion surrounded by interns from all over the world, I was reminded of why I chose to spend my summer there: the opportunity to be part of an organization built strictly on idealism and hope that diversity will bring along world peace.

(MAIN PHOTO: Working Group session at the WHO; PHOTO AT LEFT: Palais des Nations, the UN headquarter in Geneva; PHOTO AT RIGHT: The summer intern class with Dr. Margaret Chan, Director-General of the WHO)