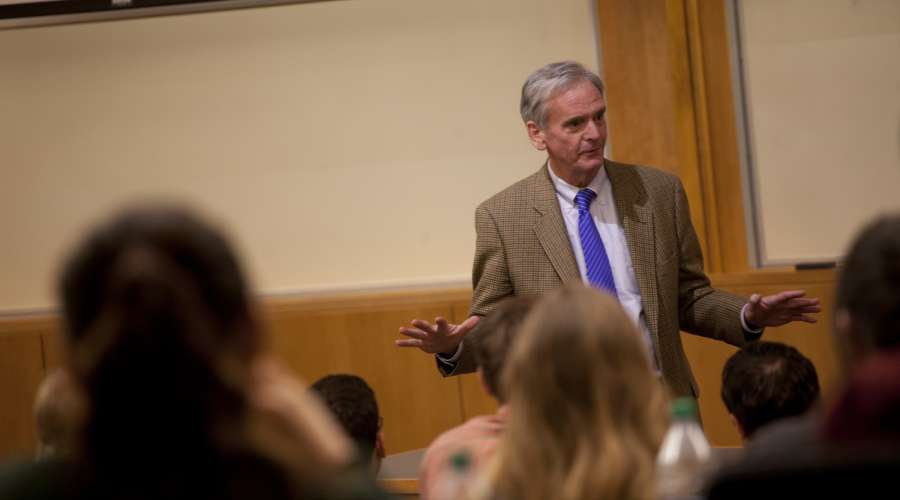 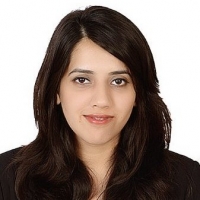 Coming from Pakistan, I had very limited knowledge about the U.S. political system. This past year has provided an incredible opportunity to learn about the U.S. political and economic system in depth, both inside and outside of the classroom at Tuck. As the election garnered more and more public attention (often for the wrong reasons), the discussion on “The Future and the Federal Debt: How to Solve the Budget Crisis” by Senator Judd Greg was appropriately scheduled by the Center for Business, Government & Society.

Pertaining to fiscal policy, both parties promise substantial public spending to gain public approval but that creates higher economic debt, especially when growth rate is not high enough. Senator Gregg simplified the situation by stating, “Debt is the issue, health care is the problem.” As the U.S. debt to GDP ratio rises monumentally, there is impetus to innovate in the health care space to cut down rising costs of Medicaid and Medicare. Senator Gregg believes that reforming tax laws will stimulate economic growth. As many big organizations now concentrate on avoiding taxes, the U.S. tax system needs to restructure to shift focus towards returns instead. Such a policy would have a huge impact on organizations’ bottom-lines and subsequent decision-making—including those we choose to work for after Tuck.

Senator Gregg also provided some context on the current state of the U.S. political system by addressing some of the “disruptions” it is facing right now. One of the major shift is regarding challenges in building a consensus. He pointed out that social media has aggravated the situation as intellectual discussion on the platform is becoming increasingly difficult. A thought that lingered on my mind after the talk was that as many underrepresented minorities become vocal about their opinions, the process of consensus will prove to be even more difficult in the future, but is that necessarily a bad thing? This has implications for the U.S. president elect as he has to actively partake policies that are bipartisan in nature and develop solutions through consensus.

The senator also spoke about the shift in American culture with regards to optimism. As the left side renders the market economy as a basis for envy, and the right side believes “everything is rigged,” a pessimistic view of society is taking precedence. As an international student, I was surprised by this, as we often perceive U.S. policies as much more transparent and progressive in nature, especially when compared to developing countries.

In summary, this was a highly engaging discussion where I was able to learn significantly about the interaction between public policy and business strategy in the U.S. I am highly motivated to attend more of these discussions which would allow us as future managers to be cognizant of the political situation and how it influences firms.