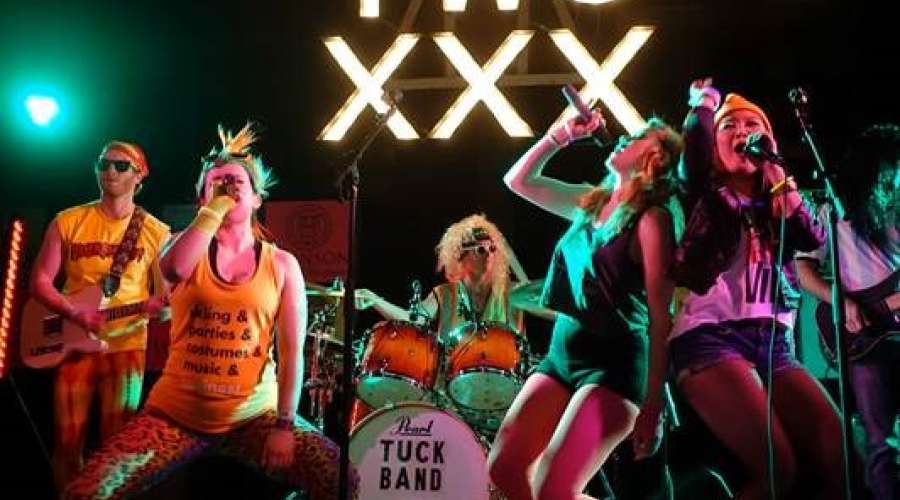 Lindsey came to Tuck after spending five years as a teacher and director at a Texas-based charter school system. She has used her time at Tuck to transition into retail and technology, and will be working and playing in Seattle after graduation—at Amazon.com. Lindsey has a BA in public policy from Vanderbilt University.

The lights are bright, the pressure is building, and the excitement is palpable. A nervousness about saying the wrong thing flutters up into my throat, but I know we have prepared ad nauseam and are ready for this moment. Hundreds of other MBAs have descended upon Hanover for this event, and they’re all expecting something great from us. I look out into the crowd and all I can see is …

No, we don’t require neon at the Dartmouth Ventures or Women in Business Conference. But we DO ask people to don the hottest pink, yellow, green, and orange they have for Tuck Winter Carnival, a historic and epic ski-themed weekend! The Tuck Band was about to perform live—for 700 screaming people.

The Tuck Band. Or, the T’15 Band. Or, “That Tuck Band” as some venues have referred to us … is a group of musicians and singers—all T’15s—who are passionate about music and performing, especially for audiences chock full of our best friends at Tuck!

So, now that you’re dying to be in a band of your own, (or dying to be in the next Tuck band), we should talk about how to get there. What does it take to be in a cover band as successful and outrageously fun as ours?  A little bit of the following:

Tuck has created a space for me to be my most authentic self—at work and at play—and being in the Tuck band is just one part of that. The joy, release, and excitement of music, of sharing it with people I love, of pushing myself to be a better performer and singer has been a huge and amazing part of my student experience here.

And, based on the list above, I would suggest there is also something to learn about strong, healthy teams—professional or otherwise—from the way our band operates. Be open minded. Receive feedback gracefully. Keep commitments. Communicate honestly. Be the leader when a leader is needed. Support your team. And, for the love, when the situation calls for it, wear a full-body white tiger suit. 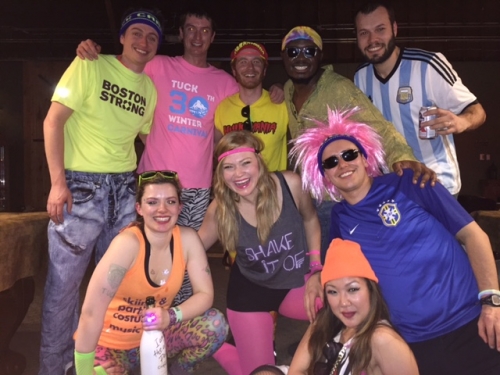 I have learned more about business, music, and life from this group than I ever thought possible, and I am so grateful to have the opportunity to make music with them.