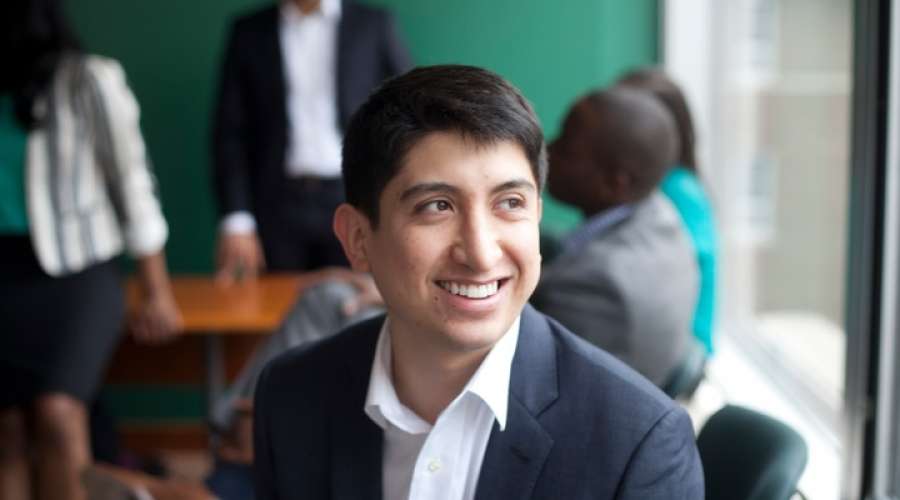 An Associate Director of Admissions and the Regional Director of Southeast Asia, Sudershan ‘Suds’ Tirumala is back on the MBA Crystal Ball blog. This time around he shares tips on what you should—and shouldn’t—do during an MBA interview, whether it’s in person or over Skype. Tuck's 2016-2017 visit and interview season will begin in September (look for registration to open in August). Three (or more) months from now may seem like a long time...but if you start preparing now, you’re more likely to nail it later!

An MBA interview should be treated no less seriously than a job interview. Even at Tuck, where we strive to make it a comfortable and conversational experience, we still want to know that this is important to you and that you carry yourself with a professional presence. You can read Suds' entire post here, but we've shared our favorite pieces of advice below.

It reflects poorly on you if you’re late to an interview. If the circumstances are beyond your control (flight delay/traffic etc.), make sure you give a heads up to the interviewer so it’s not a mark against you even before the interview begins.

Ideally, you should have planned ahead, but in case of an exigency, don’t forget to show minimum courtesy to the interviewer.

Eye contact is a proxy for confidence. When your eyes wander or don’t focus on the person in front of you, that makes it seem like you’re not sure of what you’re saying or that you’re not comfortable in your shoes.

When being asked a question or when answering the question, have adequate eye contact to demonstrate that you’re totally into the conversation that’s unfolding.

Don’t talk about how smart you are.

Yes, you may be good, and people around you must have told you so, but for you to keep talking about how intelligent you are in an interview doesn’t bode well for the outcome.

The interviewer may conclude you’re very self-focused, and are not able to empathize with others. Such conclusions almost never lead to a positive impression of your team skills. Let your actions speak for you.

Strike up a conversation.

An interview is an opportunity to showcase the best about you, so don’t let it devolve into a just another question and answer session. Get into a conversational mode and engage the interviewer.

Be aware of your visual background.

It’s a competitive pool out there, so why would you want to get on Skype without paying attention to what’s behind you the interviewer can see? I’ve seen open bathroom doors, open closets stuffed with clothes, generally unkempt surroundings—I can go on.

The idea is not so much about this being a negative, but about how it takes the sheen away from an otherwise excellent interview. Ultimately, when you’re being compared to the broader applicant pool and there’s someone else with an identical or close to identical profile who paid attention to what’s behind them…guess who’s going to make a more positive impression?

Looking at notes even once during the interview, invariably turns into a look-at-notes-all-the-time extravaganza, and ultimately reflects you in poor light and demonstrates a lack of judgment. Would you do that when you’re having an in-person interview? I hope not! If that’s the case, why would you do it in a Skype interview?

Having other people in the room.

It’s not a distraction for the interviewer as much as it is for the candidate. I’ve heard giggles in the same room while I’m on Skype with the candidate.

I’ve seen candidates smile—almost laugh—inexplicably while they’re looking away from the screen (and I’m forced to make the assumption that they’re paying attention to someone else in the room) since the conversation we’re having is decidedly not funny.

It pays to be attentive. My simple advice to candidates: Think of a business school interview as a job interview. If you’re going to behave in a certain manner to make the best impression in a job interview, why would you do things any differently in an MBA interview? Follow this thumb rule and you should be fine. Good luck!

Create a profile to learn about Tuck and upcoming events in your area.