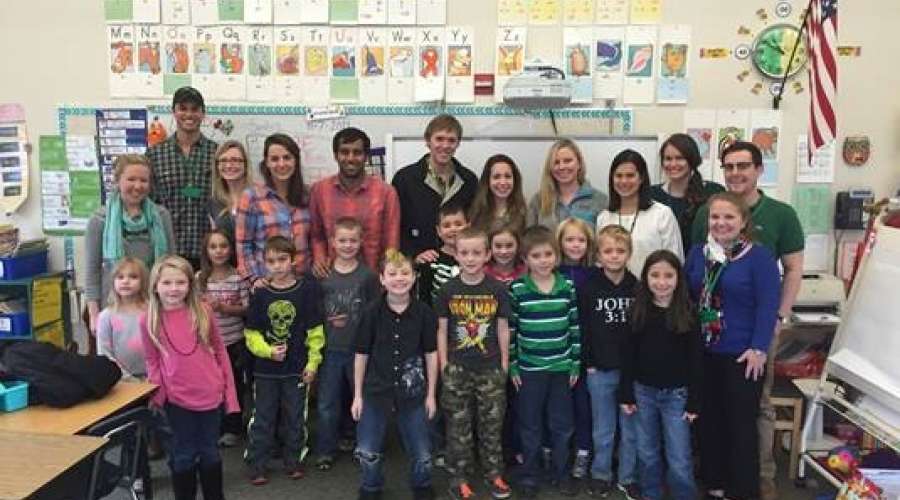 Emily is a second-year student at Tuck. She got her BA at Duke University in North Carolina and afterward made her way up the East Coast to Hanover, stopping in  D.C. and then Boston along the way. Emily spent four years at IBM as a consultant in D.C. and then she joined a small business analysis firm in Boston. After two winters at Tuck, Emily decided she had ventured far enough north and is moving to sunny California after graduation to work in tech.

Thank you so much for the books. You are the best. I really liked it because the book was awesome. You are nice too, I like you.

First year students at Tuck have the opportunity to participate in a Tuck Student Consulting Services program (TSCS) that pairs teams of students with businesses to help solve real world problems. When I applied to TSCS last year, I knew that I would have the opportunity to contribute my consulting skills to a local project but had no idea that it would be the catalyst for me to get involved in something much larger in the Upper Valley. 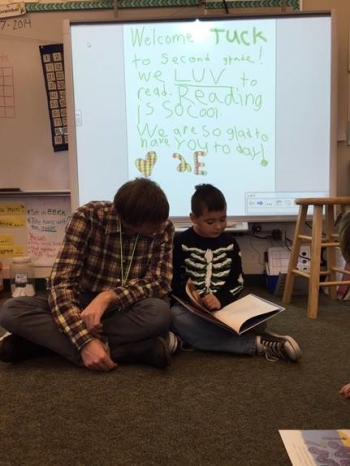 The TSCS project that I worked on was for a T’14, Eric Winn. Eric, a father himself, was concerned about the lack of books that many younger students in the rural New England area had available to them at home. Ever the entrepreneur, Eric decided to start a process to collect used books and donate them to local school children. He also saw an opportunity to get more Tuckies involved with local school districts. His vision was to have groups of Tuck students travel to elementary schools armed with a collection of books. Tuckies would spend an hour reading with the children and then send each child home with a new book. He put this vision in motion last year and had enjoyed success in venturing out to local schools. However, since Eric was graduating soon, he engaged my TSCS team to provide some structure and process to keep his vision alive at Tuck after he left.

Our team found that Eric’s project (which he had nicknamed LUV, or Literacy in the Upper Valley) had a similar premise compared to other non-profits 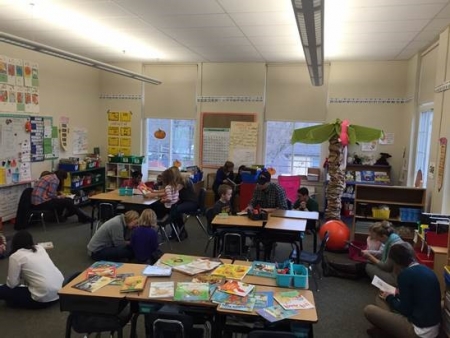 that Tuckies were already involved with. Tuck has long standing partnerships with national non-profit organizations including Everybody Wins! and Junior Achievement, both of which engage adults with K-12 students as teachers and mentors. We felt that Eric’s concept would be appealing to a similar audience. Our idea was to form a new club at Tuck that could unite all the Tuck students who wanted to volunteer with and promote reading and education for youths in the Upper Valley. Since I felt passionate about this cause (and was already mentoring a student through Everybody Wins!) I spearheaded the club creation with the help of my co-founder and fellow EW! volunteer Ania Markiewicz T'15.

This was the inaugural year of the Tuck for Education Club and we have already recruited 80 members. Some of these members volunteer on a weekly basis to read with a child at a local school through the Everybody Wins! program. Others are volunteering to teach a finance course to an elementary school classroom through the Junior Achievement program. And all of us are passionate about keeping Eric’s dream alive. We hosted our first “LUV” event just before winter break. 11 Tuck students and one Tuck partner travelled to an elementary school classroom in nearby Enfield, NH. Lucky for us, we had a great host in the form of 2nd grade teacher and Tuck partner Lauren Eggbeer TP’16. Each Tuckie paired off with a second grader to read books for an hour and, at the end of that hour, we sent each child home with their own new book.

The class was so excited to have us there and we had a blast reading with the kids. Connecting with children and the Upper Valley community outside of Tuck is such a rewarding experience and we can’t wait to do it again!

Create a profile to learn about Tuck and upcoming events in your area.