Tuck’s Venture Capital (VC) trek to California provided a fascinating lens through which to view Silicon Valley. Over two days, 26 first-year students visited eight VC firms, one accelerator, and one bank. During these visits, we learned that there are a myriad of business models and philosophies that can “win” in early-stage technology investing.

We started at Norwest Ventures in Palo Alto, where Ed Yip D’04 introduced several topics that became themes over the course of the trek. He spoke about the positive aspects of working in VC: setting your own schedule, networking with smart people, seeing exciting new technology, and gaining exposure to the startup ecosystem. He also acknowledged the frustrating aspects of the job. Backing startups involves luck and timing, so it’s possible to work hard, or not at all, and still end up in the same place. His advice to those of us interested in a career in VC was to build a network, start a company, create a brand online, and develop expertise in a space we’re passionate about.

At GE Ventures in Menlo Park, David Mayhew explained that corporate venture capital (CVC) funds come and go because they prioritize the strategic goals of the parent company over financial returns, so GE Ventures took measures to avoid this. First, they set up their office on Sand Hill Road, at the epicenter of top performing VC firms and far away from east coast GE headquarters. Second, the CEO and senior investors come from outside GE, which is important because “one role of CVC is to shake up the parent company.” David noted that the public always hears about unicorns, but not enough about failed companies, which creates a misconception about how difficult VC is. A large part of investing is a numbers game, so firms “spray and pray.” Since competition for quality deals is intense, VCs work hard to differentiate themselves in the eyes of entrepreneurs.

Next, we walked to Draper Fisher Jurvetson (DFJ) to meet Heidi Roizen. It was exciting to meet her in person because we read a case about her for the fall term core class Leading Individuals and Teams. Heidi believes that all successful entrepreneurs are optimists because they must believe in their ability to solve a billion-dollar problem. The paradox about entrepreneurship is that, if you start a company to exit, you won’t succeed because you need to want to change the world. However, when an entrepreneur takes money from a VC, they’re agreeing to exit. Heidi said that’s why most entrepreneurs should not be venture backed. She believes strongly that a relationship-driven life is the best way to live and that happiness and success are about meaningful work and meaningful relationships. She advised us to think of humans first, jobs second, and encouraged us to “build a rich tapestry of fellow travelers.”

We left Sand Hill Road for Google Ventures (GV) in Mountain View, where Rick Klau shared his unplanned path into the world of VC. At every stage of his career at Google, which spanned product management, business development, and marketing, Rick pursued work that he was passionate about. He cautioned us never to “take a job for the job it will get you to next” or we’ll never be satisfied.

The next day, we returned to Sand Hill Road to visit Andreessen Horowitz (a16z), where Steve McDermid T’05 shared the firm’s unique culture and focus on operational expertise. Most of the firm’s employees provide comprehensive support services to the portfolio companies rather than the investment team. Motivated by the desire to disaggregate functions typically performed by general partners, a16z hosts networking events for entrepreneurs to share ideas and receive feedback. Steve emphasized the importance of a technical founder and pointed out that the most successful companies have founders as CEOs.

Rick Yang, Karthik Kumar, and Amit Mukherjee welcomed us at New Enterprise Associates (NEA). When we asked about their favorite part of VC, they all agreed it was working with founders. People starting companies are smart and eager to have candid conversations, and VC investors find it humbling and fulfilling to learn from them. Rick said, “You have to have a little crazy in you to start a company because, rationally, no one should do it. You put your heart and soul into it, knowing the odds are stacked against you.” Their least favorite part of VC? Having to pass on a deal, especially when it’s because of something outside of the founder’s control (e.g., NEA already has a portfolio company in that space). There’s a sense of “fomo” knowing that if you don’t make the investment now, you might not be able to make it later.

We left Sand Hill Road to visit Silicon Valley Bank (SVB) in San Francisco, a commercial bank that serves 60% of startups and 60% of VC firms in Northern California. We met Ted Wilson T’09, who explained that SVB has a different relationship with entrepreneurs than VC firms do: SVB is a service provider rather than a partner. Ted worked in VC before SVB and prefers his current life because he has more access to high quality entrepreneurs.

At 500 Startups, Marvin Liao talked about the firm’s distinct hybrid model of seed funding and accelerator and their “high velocity” approach to investing. While the check size is smaller and the investment earlier than traditional VC, 500 Startups invests in hundreds of companies annually. Most of their portfolio companies go through their accelerator program in grouped cohorts called batches, and the founders spend four months in the firm’s downtown San Francisco office. While most VCs concentrate their investments on startups in the Bay Area and the U.S., we found 500 Startups’ global emphasis to be unique.

At Bain Capital Ventures (BCV), Bill Lehmann D’12 and Molly MacKenzie led us onto a gorgeous roof deck with a view of the Bay Bridge. Bill explained that BCV mostly invests in early stage B2B companies, which he believes have the advantage of more rational and predictable buyer preferences than consumer-centric businesses. He acknowledged that while consumer offers higher risk, that can also mean higher reward. Bill often looks to invest in founders who have lived with a pain point and decided to build companies out of their frustration with the status quo.

Our final stop on the trek was DBL Partners, a mid-size impact investing firm. Patrick Sagisi believes in the “double bottom line”: there doesn’t need to be a tradeoff between profit and doing good for the world. He always asks entrepreneurs why they’re doing what they’re doing before he invests because “the idea isn’t hard. Doing the idea is hard.” Once his firm makes an investment, they stick with it because “companies are fragile and take time to grow.” Patrick advised us to try anything and be in the flow of the industries we want to be in.

This was the third annual VC trek to Silicon Valley, and we look forward to passing the torch to the T’19s! 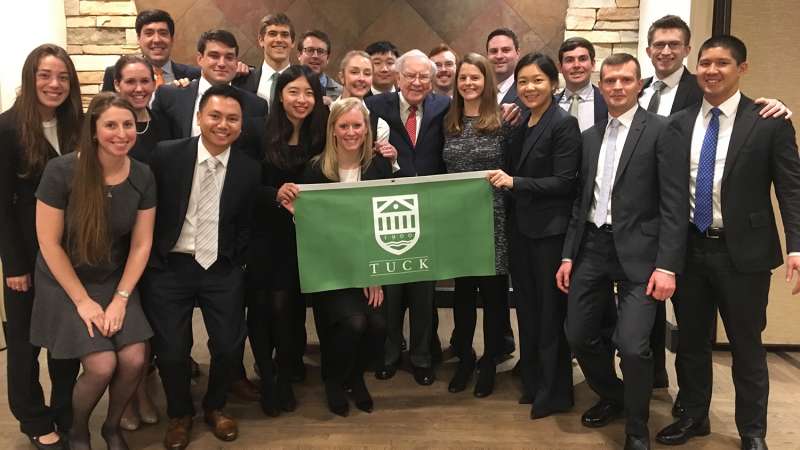 The Sage of Omaha: Words of Wisdom from Warren Buffett 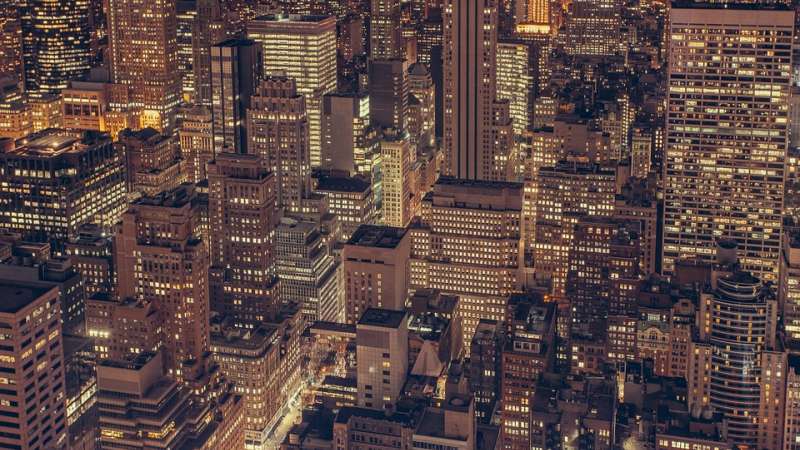