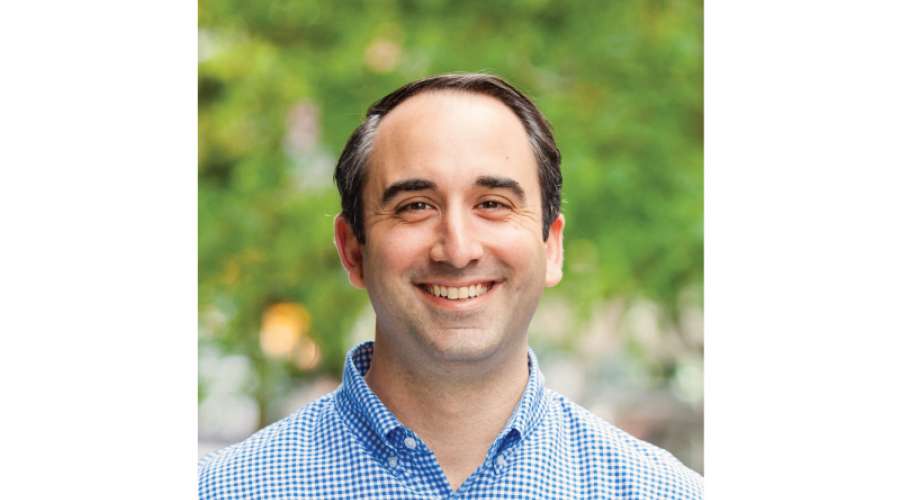 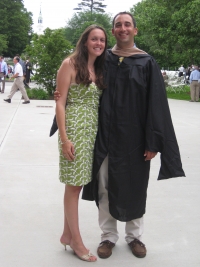 Phil DeGisi T'09 is vice president of marketing at CommonBond, a leading marketplace lending platform that lowers the cost of student loans for students and graduates.

Prior to joining the CommonBond team, Phil held ecommerce general management and marketing roles spanning startups and large organizations, including Quidsi (a subsidiary of Amazon), littleBits electronics, and Walmart.com (where he also did his summer internship at Tuck). Phil received his MBA from the Tuck School of Business at Dartmouth and his BA from Vassar with a degree in economics. He lives in Connecticut with his wife, Alanna Hynes DeGisi, a T’10.

1. What was the exact moment when you first felt like you were a part of Tuck’s community?
When I got to Tuck, I was coming from a non-traditional background in media & advertising and so I opted to go up to school early for “math camp” to ensure I had the basic quant background I’d need to succeed at Tuck. It was during that week of math camp that I met many of the classmates who’d be some of my best friends during Tuck and remain some of my best friends today.

2. Who had a profound impact on you during your time at Tuck and why?
Becky Joffrey, who was at the Tuck Career Development Office at the time, was a huge help as I was evaluating different internship opportunities. She helped me hone in on what would become my career path after Tuck, ecommerce. She also was instrumental in connecting me to a Tuck alum at Walmart.com who eventually hired me for my summer internship.

Additionally, there are a few classes that I think about regularly to this day. Two in particular stand out. The first, Management Communication, was where I got my first formal training in public speaking and presentation, skills that only become more and more valuable as you move forward in your career. The second, Organizational Behavior (now called Leading Organizations), where we learned about organizational performance frameworks and how to think about both intrinsically and extrinsically motivating team members, is a class I think about constantly now as part of CommonBond’s executive team.

3. What’s your favorite Tuck/Dartmouth/Hanover/Upper Valley event and why?
The Tunbridge World's Fair. I met my wife, Alanna, at Tuck and that was our first date. Where else but the Upper Valley do you get to see ox pulls, watch pigs racing, and ride a ferris wheel?

4. Fill in the blank: every visitor to the Upper Valley needs to __________.
Go to Lou’s in Hanover for breakfast. It’s a staple of every visit I make back to Tuck. Well worth the wait in line.

5. What’s a challenge that you’re currently working on solving? Or perhaps a world problem you’d like to see solved?
The reason I joined my current company, CommonBond, is because I had experienced the personal pain of student loans with high interest rates and confusing processes. I remember graduating with loans over 8% interest rate and it just not making sense to me why I was paying such a high rate.

I joined the company because I believe there is a better way to serve both students in school and those who’ve graduated by delivering a student loan that is priced appropriately, with exceptional customer service, and a simple process.

6. What do you personally feel is the key to good leadership?
Listening. It’s the single most important thing leaders can do. Listen to the feedback from team members in your organization and then dive into the ‘why’ behind the feedback. Sometimes we try to diagnose or triage problems without really understanding what they are. And other times we miss entirely what the problems are in the first place. Both of these instances can be at least partially solved by listening more.

7. Outside of work, what do you like to do for fun?
Traveling with my wife. We’re trying to figure out where we want to go to next Fall. The good thing is there are a lot of world travelers among our network of Tuck friends, so we have no shortage of incredible suggestions.

8. What would your theme song be?
It’s hard to choose just one. I will say that the theme song of Tuck during my time there was "Don’t Stop Believin’" by Journey … and incidentally it is probably the one song I’ve heard at every wedding involving a Tuckie since.

9. What’s the best piece of advice you can offer on getting ahead? Or, what’s the best piece of advice you’ve ever received?
The value of networking cannot be overstated. It’s something that is discussed during Tuck when you’re a student but only continues to grow in importance after you graduate. Whether it’s networking within an industry that you’re in and want to get ahead in or an industry you want to transition to, it’s one of the most important things you can be doing. And it cant be only when you’re looking for a new job.

Some of the best hires we’ve made at CommonBond are people we met within the industry, enjoyed speaking to, and several months down the line we have a role that fits them. Or I hear about a role at another company and think of someone great I met at an industry event. Those that have effectively built out a network are increasing the percentages for themselves that when there is an opportunity, they will be considered for it. It’s never been easier to meet people within your space, those that are taking advantage of that are well positioned to move ahead.

10. What is one thing that people would be most surprised to learn about you?
I was born in Louisville, KY. It was a brief time period but enough to make me a University of Louisville fan even after moving to the Northeast, where I grew up. 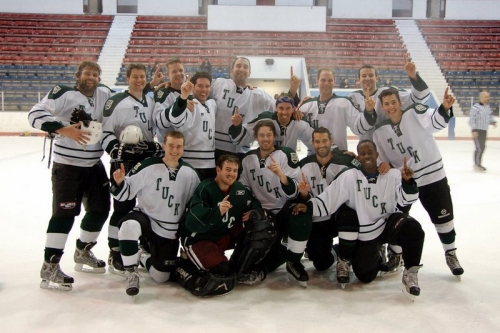