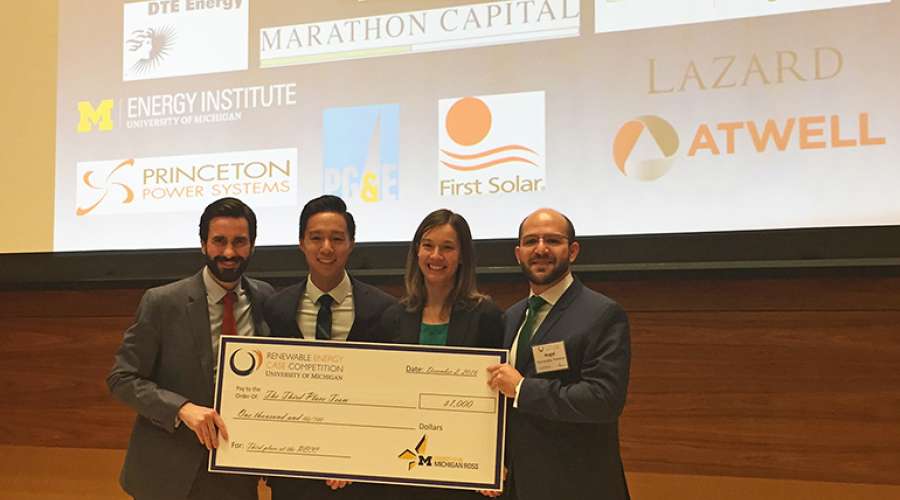 In December 2016, I joined four other first-year students—Kate Barnett, Angel Fernandez Amores, and Jon Ou—to participate in the prestigious Ross Renewable Energy Case Competition (RECC) at the University of Michigan’s Ross School of Business. We beat out a competitive pool of twenty-five other business schools to make it to the final sixteen with our initial proposal. This year’s case focused on New York State’s REV initiative. We were tasked with forming a business idea that aligned with the REV goals in energy storage, microgrids, distributed generation, or demand management.

This was no easy task—the scope was broad, and, other than Angel, none of us had a background in energy. We had one week to pull together a proposal while also balancing the demands of mid-terms and hockey. Sleep was at a premium that week. Luckily we made it to the finals, and on the first Thursday of December, we traveled to Ross to compete against top international MBA schools for glory. It was also a great chance to mingle with sponsors and other MBA students interested in the energy space. In fact, the night we arrived, we were treated to a wonderful cocktail reception in the grand University of Michigan Museum of Art.

Our team was named FlowControl and our idea was focused on the demand management space. Our business idea was to offer a combined hardware/software product that facilitates interaction between utilities and grid participants in the distributed storage ecosystem (both stationary and mobile storage assets).

That Friday at Ross we had an early start. We began the day with registration and a welcome breakfast, followed by a short time to practice our presentation. Then came the big moment: the first-round presentation to a panel of judges. The judges came from a variety of industry firms, including PG&E, DTE, Marathon, and Schneider. This was pretty daunting considering our lack of experience. The panel was acting as a venture capital firm deciding whether to invest.

Thanks to those late nights, the extensive research we conducted, and the training we received through our Tuck core classes, we were able to tell a convincing story. At lunch, we found out we had made it through to the final four. Shortly after lunch, we found ourselves in the cavernous Robertson auditorium with our slides projected on the biggest projector screen I think I’ve ever seen. This time around we were presenting to the REV policy makers, and therefore had to tweak our business idea a little bit. Ultimately, we claimed third place, the highest showing for Tuck yet—a reflection of how energy at Tuck is growing in stature.

Overall, it was a fantastic learning experience and a great opportunity to represent Tuck. I previously hadn’t thought much about demand response but I am now actively looking for job opportunities in the space! 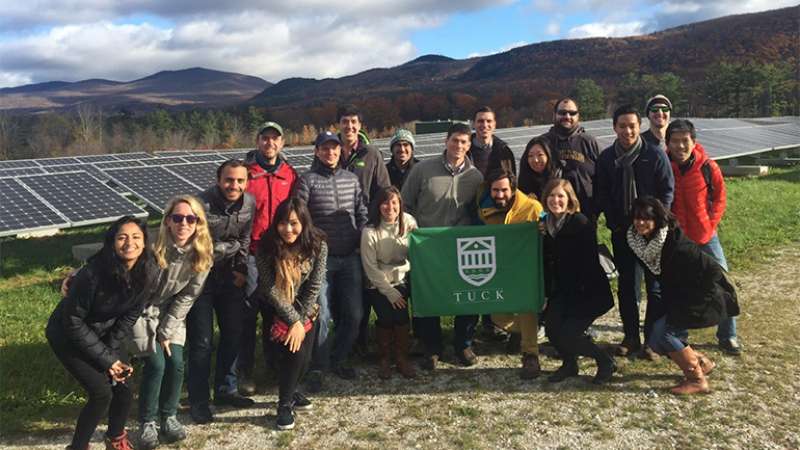 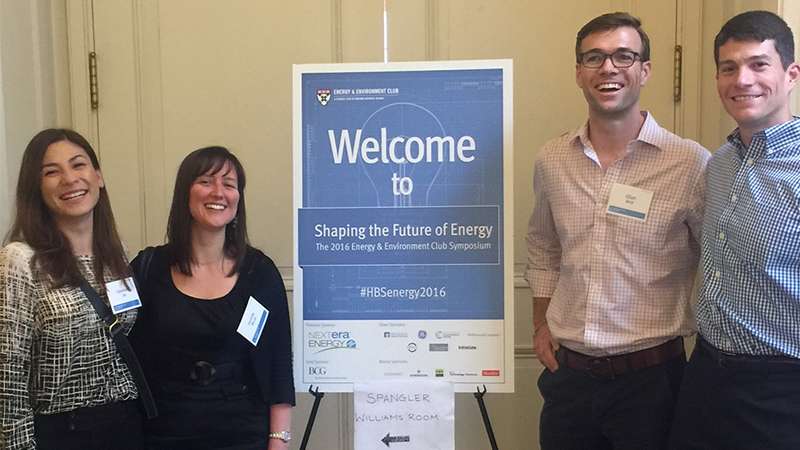